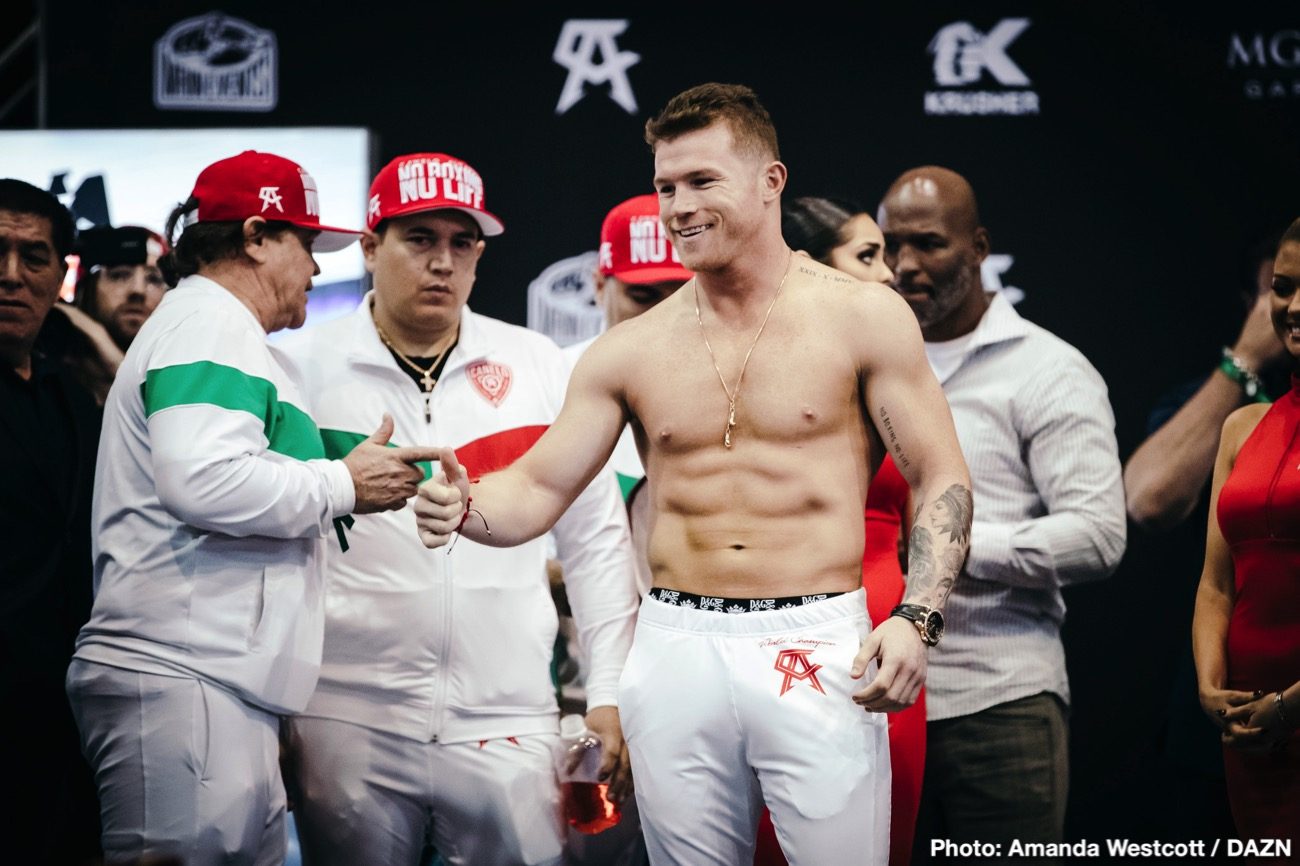 By Dean Berman: Sergey Kovalev will be getting $12 million for his title defense of his WBO light heavyweight belt tonight against Saul Canelo Alvarez in Las Vegas. Canelo, 29, is getting $35 million for his second fight of his 10-fight deal with DAZN. His first fight with the streaming giant was against Daniel Jacobs last May.

Canelo’s $35 million is due to his deal with DAZN. If not for that, it’s unknown how much he would get against Kovalev (34-3-1, 29 KOs). The fight would have needed to be on pay-per-view if Canelo had fought on another network. Would boxing fans be willing to pay to see Canelo fight an old timer like Kovalev? Probably not. But with Canelo having recently signed a 10-fight, $365 million deal with DAZN, he makes big money for every fight.

The 36-year-old Kovalev is getting a career-high payday against Canelo, and it’s coming at the perfect time with him likely near retirement. There’s talk that Kovalev would have retired if he had lost his last fight against Anthony Yarde on August 24. Kovalev barely stayed there after getting hurt in the 8th. Showing a lot of heart, Kovalev weathered the storm and came back to stop Yarde in the 11th round to retain his WBO belt.

Kovalev came in over the 175-pound limit at Friday’s weigh-in. He weighed in at 175.25 lbs. on the first try. It eventually took Kovalev four attempts to finally make weight at 175 lbs. on the dot.

This morning’s secondary weigh-in could give Kovalev more problems, as there’s a 185 -pound limit to what both fighters can weigh-in at. Although there was no catchweight for this fight, a rehydration clause was part of the contract. This helps Canelo and clearly hurts Kovalev.

Kovalev needs a win to get Canelo rematch

A victory for Kovalev tonight would also surely lead to a rematch against Canelo, and that would be an even bigger payday for the Russian knockout artist. There’s an outside chance that Canelo will fight Kovalev again if their match ends in a draw or a close decision. That’s what Kovalev has to hope for because he’s not going to make similar money fighting anyone else.

Other purses on the card

Golden Boy is trying to turn the 21-year-old Garcia into a star just like they did with Canelo Alvarez, but it’s going to be tougher for them to do this. Garcia isn’t the same type of talent that the young Canelo was when he first signed with Golden Boy many years ago. Golden Boy recently gave Ryan a lucrative extension with their promotional company. To turn Garcia into a star, Golden Boy will need to match him carefully in a strategic manner to build him into a household name.

Golden Boy Promotions CEO Oscar De La Hoya believes Garcia can one day become a $700 million fighter. For that to happen, Garcia is going to need to be brought along slowly to avoid him getting beaten. In a bad sign, Garcia almost lost to Carlos Morales last year. He struggled to defeat Morales by a 10 round majority decision. That fight showed that Golden Boy will need to be careful with the young Garcia if they want to build him into the next Canelo-esque superstar in Northern America.