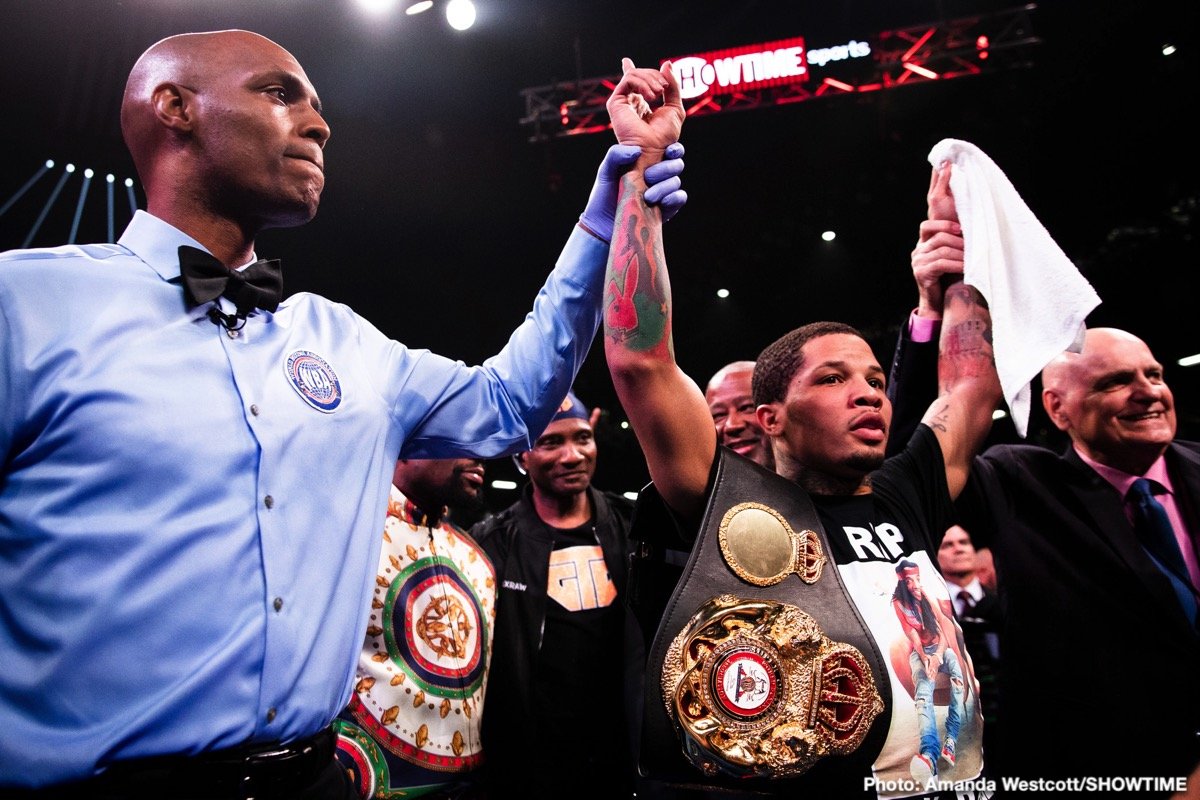 By Barry Holbrook: Gervonta ‘Tank’ Davis went off on ESPN commentator and former world champion Timothy Bradley on social media on Friday in response to his criticism about his level of opposition he’s facing.

Bradley wasn’t too impressed at learning that Tank Davis’ next fight will be against 37-year-old Yuriorkis Gamboa (30-2, 18 KOs) on December 28 on SHOWTIME at the State Farm Arena in Atlanta, Georgia.  Gamboa is two years older than the 35-year-old Bradley, who has been retired since 2016.

Davis (22-0, 21 KOs) and Gamboa are fighting for the vacant WBA lightweight title on December 28. If Davis wins the WBA title, big things are expected of him in the future. A unification match against WBC champion Devon Haney. WBA/WBC [F]/WBO champion Vasiliy Lomachenoko is moving down in weight, so he’s not a future target for Tank Davis.

Gervonta: I have more star power than Bradley

“It’s always an old person hating…he didn’t start fighting real opponents till he had 26 fights,” said Gervonta Davis on his Twitter in slamming Tim Bradley. “lil soft hitting a–! My daughter hit harder than him..talking about me but didn’t say nothing about Berchelt vs Sosa. FOH.

“All have is a chain..bobble head mf! Another person I will be way richer and I have more star power and I’m half his age and will less fights. Btw ANOTHER SOLD OUT SHOW COME DECEMBER 28TH. And I was 22 years old and 16-0 when I won mine. Becuz Bradley a b—-. A football helmet head running back built mf,” said Davis.

If Gervonta is able to continue to fight at a high level, he may end up making more money than Bradley, but it’s still too early to tell. Davis, 24, is fighting in a new weight class at 135, and he’s yet to fight his first match in that division.

Bradley would have been more popular if he’d been a knockout puncher like Davis and Manny Pacquiao. That’s likely the main reason why Bradley was mostly the B-side opponent for popular guys like Pacquiao and Juan Manuel Marquez. Bradley never really branched to fight guys like Floyd Mayweather Jr., Danny Garcia, Shawn Porter, Keith Thurman and Errol Spence.

Once Bradley signed with Top Rank, he was matched their fighters, and that put him in a different section from the above mentioned guys. It would have been great to see Bradley fight Mayweather and the other stars, but it wasn’t possible with him being signed with Top Rank. He still got three fights against Pacquiao, and was able to make enough money to retire early.

Davis has been fighting good opposition, but his promoters at Mayweather Promotions haven’t matched him against the lions yet. At super featherweight, Davis fought these elite fighters:

Although Davis captured the IBF/WBA 130-lb titles, he didn’t fight anyone that was dangerous to him. Mayweather Promotions doesn’t seem to be interested in taking risks with Gervonta by matching him tough.