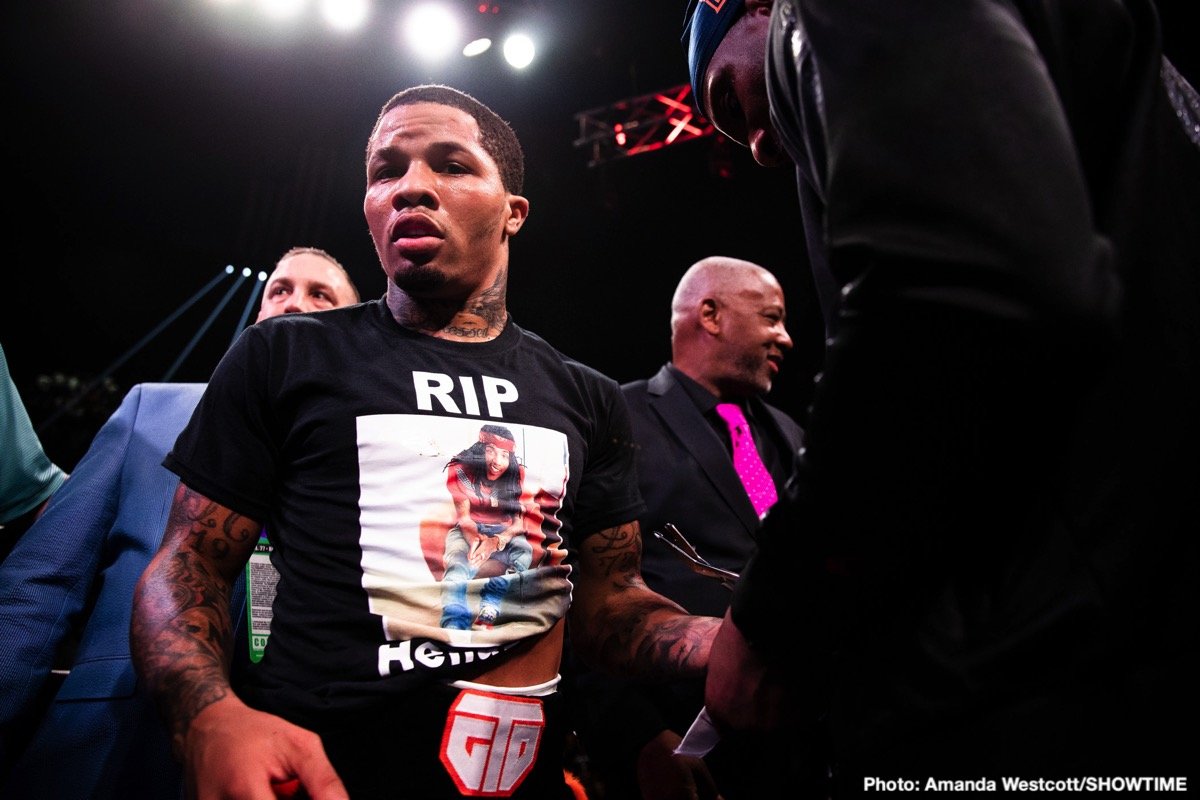 By Jeff Aronow: Geronta Davis (22-0, 21 KOs) is looking sharp and EXPLOSIVE in training for his fight against the 2004 Olympic gold medalist Yuriorkis Gamboa (30-2, 18 KOs) next month on December 28 LIVE on SHOWTIME at the State Farm Arena in Atlanta.

In watching Davis workout, his speed, power and combination punching looks devastating. He’s like a like a mini-Mike Tyson. It doesn’t matter that the SOUTHPAW Tank Davis isn’t the tallest fighter at 135, his left-handed power will make up for his lack of size.

The former two-time super featherweight champion Davis will be battling the experienced Cuban Gamboa for the WBA ‘regular’ lightweight title. There will be a lot of eyes on Gervonta from fans, fighters and the media to see how he performs against the talented veteran Gamboa in this Premier Boxing Champions holiday event.

This will be the 5′ 5½″ Gervonta’s first fight in the 135-lb weight class, and already there are a lot of doubters among boxing fans that believe he won’t be successful in this weight class due to his lack of size. Davis, who many compare to Mike Tyson, doesn’t believe that.

Davis already looking at moving up to 140 to pick off IBF/WBA champion Josh Taylor. But before Tank Davis moves up to light welterweight, he plans on plans on facing Devin Haney and Ryan Garcia. If Vasiliy Lomachenko wants some of what Gervonta can dish out, he’s someone that he’ll face before he moves up to 140.

“Slow grind better than no grind. Getting ready to go to war..let’s get it! December 28th,” said Gervonta on his social media. 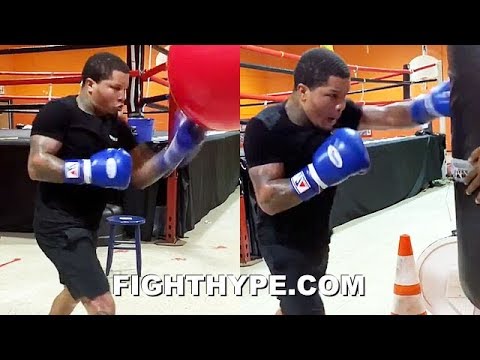 “We know Gamboa is a veteran and that he’s had a lot of wars, so we know we have a tough fight. He’s definitely dangerous. He can hit. He can fight,” said Tank Davis.  “We know he can get bigger than me at that weight. I’m going into this knowing he’s a bigger fighter than me.”

Gamboa has the same type of speed and explosiveness that Davis brings to the table. In Gamboa’s last two fights at lightweight, he’s beaten Roman ‘Rocky’ Martinez and Miguel Beltran Jr. 135 isn’t Gamboa’s ideal weight class though. He’s at his best in the featherweight division.

It was vertical cut from the middle of Jack’s forehead to between his eyes. Despite being cut badly, Jack fought bravely, and gave Browne all he could handle. However, Browne was able to cruise to a decision win based largely on his youth and athleticism.

In Browne’s next fight, he met his match against the powerful and more experienced 37-year-old Pascal, who surprisingly dropped the 2012 U.S Olympian in rounds 4 and 7. The fight went to the scorecards after the 8th due to Browne suffering a cut over his left eye from a head-butt in round 8. Pascal won the contest by an 8th round technical decision by the scores 75-74, 75-74 and 75-74.

For Jack to have a shot at beating Pascal, he’ll need to win the early rounds. Badou cannot afford to put himself in the same hole he did in his loss to Browne. If Jack fights hard early on, he’s got an excellent shot at winning.


« “I’d be surprised if Joshua continues after loss’ – Johnny Nelson