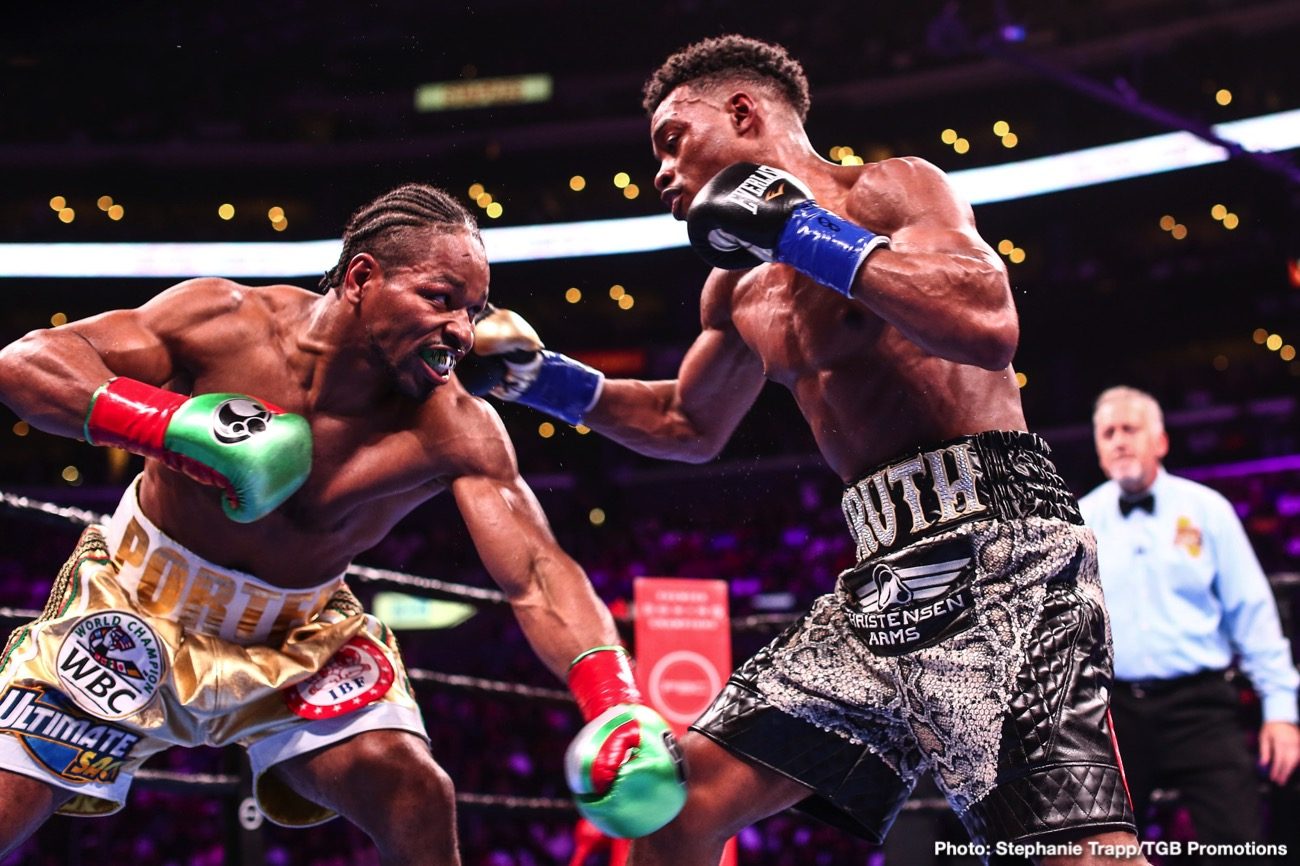 By Allan Fox: In an odd interview, Errol Spence’s trainer Derrick James states that he’s “okay”, but he hasn’t seen or spoken to him. He just says Spence is fine following his car crash on October 10 in Dallas, Texas.

The fact that Spence’s trainer hasn’t seen or spoken to him seems a little unusual, as how would he know about his condition without speaking or seeing him? It sounds like James didn’t see him at the hospital. Spence was in the ICU for SIX days following the car accident.

“I haven’t talked to him, but he’s doing good from what I understand,” said Spence’s trainer Derrick James to Fighthype. “Yeah, he’s doing okay. I haven’t seen him but I know he’s okay.

There’s no way of knowing whether James is on the level in saying he hasn’t talked or seen Spence. He may have just said this because he didn’t want to discuss Spence’s physical condition with news reporters. If Spence is in bad condition, it might be something that his team would want to keep to themselves rather than broadcast it to the world.

Spence crashed his Ferrari 488 Spider at 2:53 A.M. on October 10 in Dallas. It’s said that he was speeding at the time of the accident. He was ejected from his Ferrari on on impact, as he WASN’T wearing a seat-belt. Spence’s Ferrari tumbled during the accident. According to the report, Spence suffered no broken bones, but he had facial lacerations.

The theory a lot of boxing fans have goes like this: due to the severity of the crash, Spence is more injured than what was previously reported. His injuries are so bad that they may never fight again.

Without wearing a seat-belt, Spence may have been better off than if he’d remained in his Ferrari as tumbled during the crash. Nevertheless, being ejected from the vehicle let to Spence getting hurt. It’s questionable speculation at best. More crazy theories from boxing fans about Spence’s car crash have to do with the belief that he injured his back during the crash, and that’s so hurt that returning to the ring would seem all but impossible.

No one from Team Spence are giving updates on his condition

It’s interesting that no one from Spence’s team is giving updates on his condition. With no news being released about Spence, it has fans assuming the worst. When popular sports figures are injured or sick, there’s often a point person that gives updates to their fans. In Spence’s case, there’s nothing being said.