Donaire on Inoue: Fighting Naoya has brought my youth back 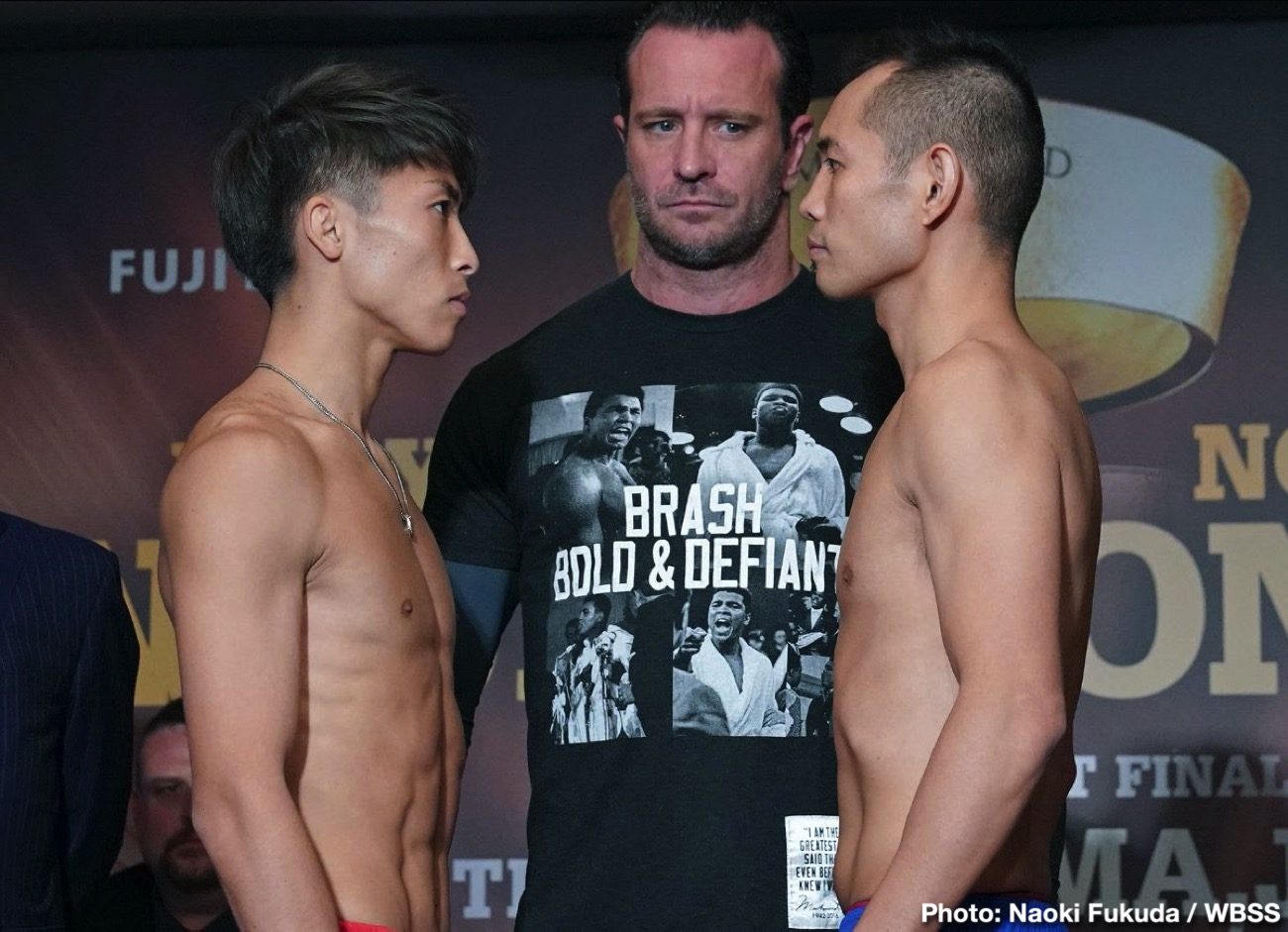 By Dean Berman: Former four division world champion Nonito Donaire says his fight this Thursday night against Naoya Inoue has brought his youth back. Nonito has a two-fight winning streak in the WBSS tourney, and he’s fighting like a guy a that had been sipping from the Fountain of Youth.

Donaire is hoping to keep his winning streak going when he faces the Japanese knockout artist Inoue, who is rated in the pound-for-pound lists.

Donaire and Inoue will be squaring off this Thursday in the WBSS 118-lb tourney at the Saitama Super Arena in Saitama, Japan. Nonito has turned his career around completely since signing on with the WBSS tourney.

Before starting the tournament, Donaire had lost 2 out of his last 3 fights, and was seen as being over-the-hill. In moving back down to 126 to 118, Donaire’s power is more pronounced in this weight class than at 122 and 126.

The 36-year-old Donaire (40-5, 26 KOs) has seen a career resurgence in taking part in the World Boxing Super Series bantamweight tournament. In his quarterfinal and semifinal matches in the tourney, Donaire scored knockouts over Ryan Burnett and Stephon Young.

Inoue is unquestionably the toughest opponent of Donaire’s career, and it’s coming for him late in the game.

It would have been hard enough for Donaire to deal with a fighter like the 26-year-old Inoue earlier in his career. Facing him now is going to be difficult for Nonito, but it’s not an impossible task.

With Donaire’s experience, huge power and size, he’s got the tools to make up for the youth and speed that Inoue has going for him in this bout.

Donaire hasn’t faced a dangerous opponent since his match against Nicholas Walters in 2014, and he was knocked out by him in the 5th round.  Since that fight, Donaire has lost to Carl Frampton and Jessie Magdaleno. His wins have come against opposition nowhere near as good as Inoue.

“Naoya is the top fighter in the world pound-for-pound which is very exciting for me. But I trust in my ability, and I will be able to adapt to the situation,” said Donaire.  Fighting Naoya Inoue has given me motivation. I’ve accomplished so much, so I needed someone to motivate me. It’s brought back my youth again because I have to be at my best,” said Donaire.

While it’s likely that Inoue has sparred with fighters that can punch as hard as Nonito, but it’s a different ball game when you have to fight him without head gear and large gloves for protection.

Donaire’s trainer wants him to focus on just landing his shots without worring about loading everything he has. Now that Donaire has moved down from the featherweight division, he no longer has to put everything he has into every shot, because he’s got more than enough power to hurt the bantamweight opposition.

“Being in this tournament has been tremendous,” said Donaire. “All these young guys trying to prove themselves and weed out the old generation. But so far, I’ve proven I’m a wall that needs to be climbed, and it’s not an easy wall to climb.”


« Mikey Garcia: ‘A fight with Pacquiao puts me back on top’

Hearn: ‘Canelo’s next fight SHOULD be Gennady Golovkin’ »