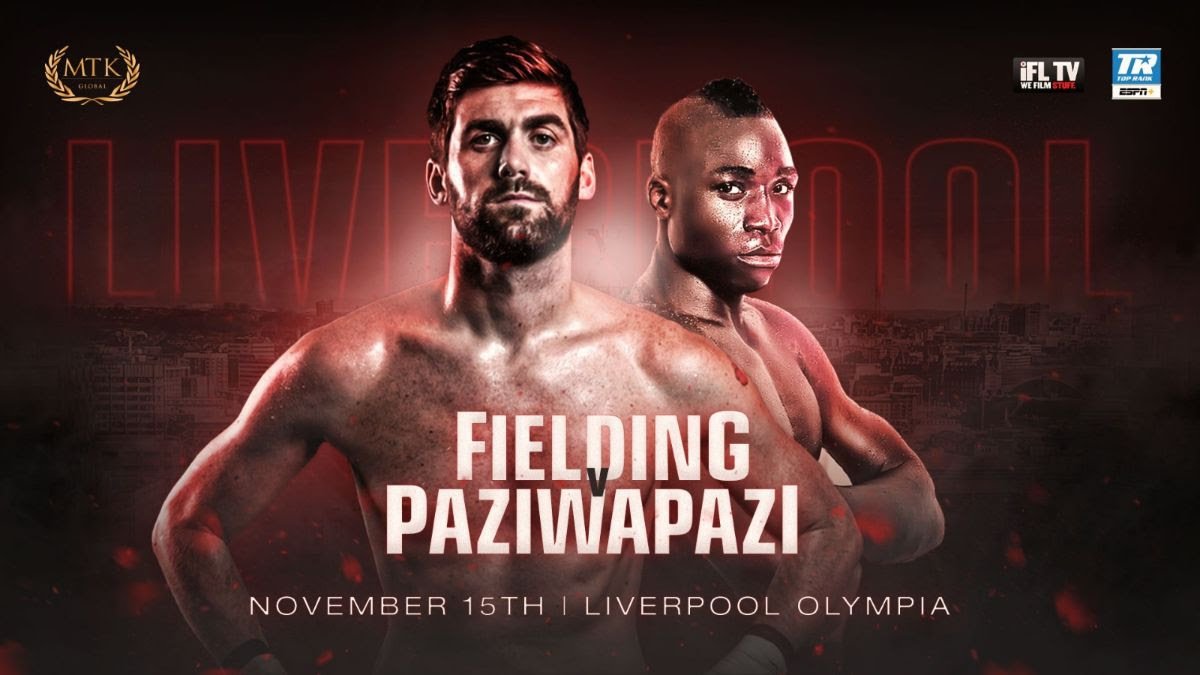 After getting nailed and shaken up a couple of times by the little known 175-lb fighter Paziwapazi, Fielding showed his superior talented in unloading with a series of powerful shots to drop the Tanzanian on the canvas. Referee Steve Gray then stepped in and stopped the bout on the spot. The official time of the stoppage was at 2:58 of round two.

Fielding wins first fight in year and half

Paziwapazi is the type of opposition that the 32-year-old Fielding is capable of beating. He’s always done well against this level of opposition during his nine-year pro career. Where Fielding has had problems is when he’s stepped it up against good fighters in Canelo Alvarez and Callum Smith. Both of those guys easily knocked Fielding out, and exposed his less than strong chin and porous defense.

The victory for the lanky 6’3″ Fielding was his first in the 16 months since his 5th round knockout win over former WBA secondary 168-lb champion Tyron Zeuge last year in July 2018. That was a fight in which Fielding captured the WBA super middleweight title. In his Fielding’s first – and only defense – of his WBA belt, he was knocked out in the 3rd round by Mexican superstar Saul Canelo Alvarez 11 months ago on December 15 in New York.

The talented former World Boxing Organization lightweight belt holder Terry Flanagan (36-2, 14 KOs) whitewashed his over-matched opponent Jayro Duran (14-7, 13 KOs) in beating him by a lopsided eight round unanimous decision. The scores were 80-71 80-71 and 80-71.

Boxing News 24 had it big for Flanagan by the score 80-71. Flanagan is too good to be fighting guys at this lower level. This was a waste of time for him fighting an opponent so far beneath him in the talent department.

In round 2, the 30-year-old Flanagan dropped Duran.

Flanagan’s victory was his third straight since losing back to back fights to Maurice Hooker and Regis Prograis in 2018. Last year was a bad year for Flanagan, who found out the hard way that things are going to be a little more difficult at 140 than they were when he campaigned at 135.

At lightweight, the hulking 5’9″ Flanagan had a huge advantage over his smaller opposition due to his size. But he was fighting in that division in borrowed time, as he wasn’t going to be able to keep making weight indefinitely without his body finally telling him no more.

Flanagan vacated his WBO lightweight title last year, and then went after the vacant WBO 140-lb title against Hooker. It didn’t work out well for Flangan with him losing to the more powerful Hooker by a 12 round split decision last year in June. It was close but Flanagan came up short in losing by a razor thin margin on the scorecards.

It was a good win for the 37-year-old Murray, but it was always going to be an easy one for him. Murray isn’t the fighter that he used to be, but he’s still well above this level.