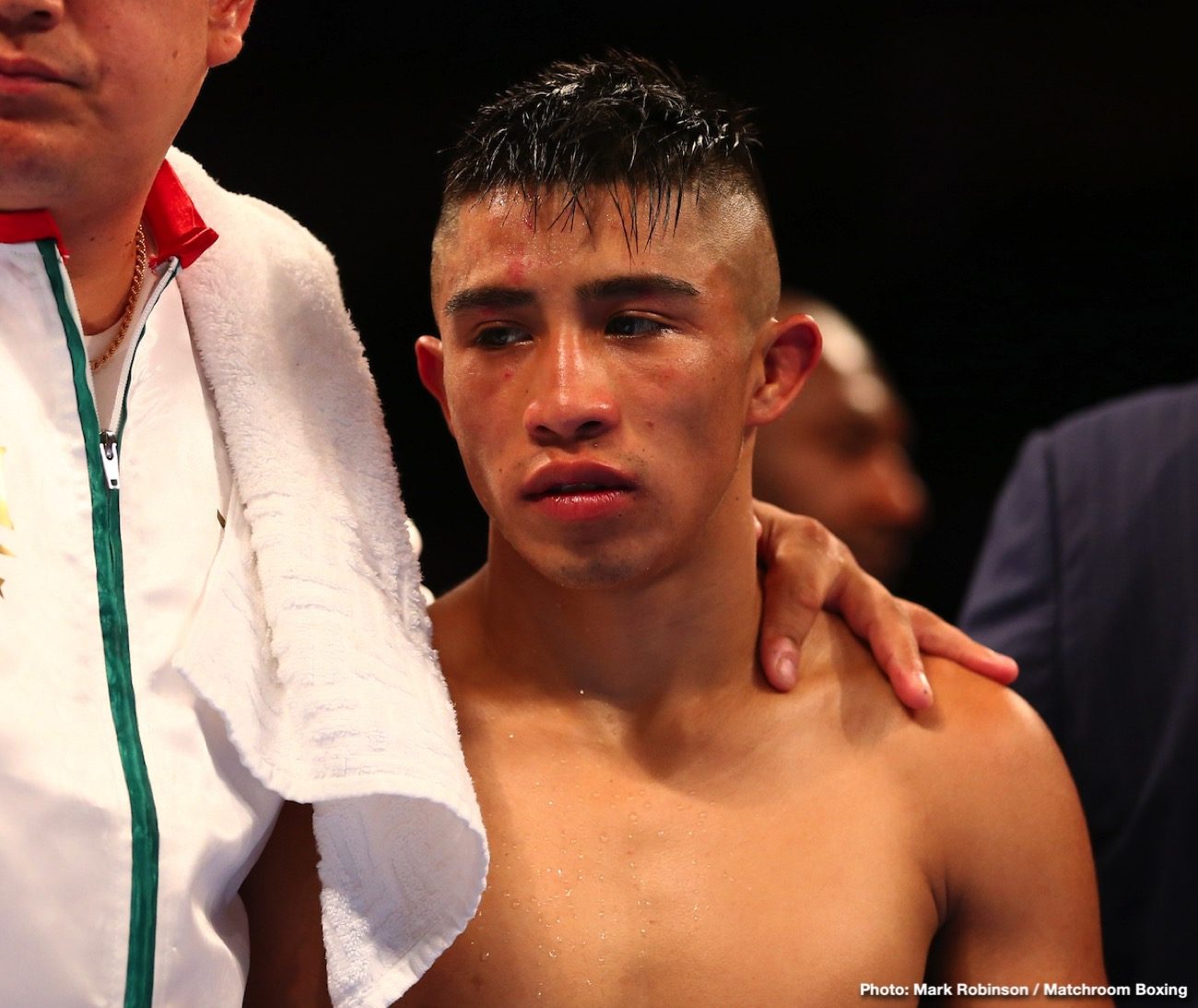 By Dan Ambrose: The WBC has ordered Julio Cesar Martinez (14-1, 11 KOs) to face Cristofer Rosales (29-4, 20 KOs) for the recently vacated WBC flyweight title after the previous champion Charlie Edwards (15-1, 6 KOs) decided not to keep the belt.

The target date for the Martinez vs. Rosales fight is on December 13 on the undercard of former IBF middleweight champion Daniel Jacobs. This is a Matchroom Boxing career. Jacobs is making his debut at super middleweight after campaigning at 160 his entire career. The management for Martinez and Rosales need to negotiate the fight.

Edwards, 26, would have had to fight a rematch with Martinez, and he felt that it was too hard for him to make weight for the rematch. The two fighters fought on August 31, and the match ended with a 3rd round disqualification after Martinez hit Edwards while he was down. Edwards chose not to get up. He says he was in too much pain from getting hit to the body while he was down.

He was knocked down with a body shot. Some boxing fans think Edwards stayed down on purpose in order to try win the fight on a disqualification. He was completely over-matched against Martinez, and taking a terrible beating. Only Edwards knows why he didn’t get back up.

If Edward really was hurt, then it makes sense why he stayed down. Luckily for Edwards, the fight was ruled a no contest. The World Boxing Council then ordered a rematch between Edwards and Martinez. But rather than take the second fight against the 24-year-old Martinez, Edwards vacated his WBC title. Some fans have a hard time understanding why Edwards vacated his title. They thought he should go out on his shield as the champion, because his chances of winning a title at 115 are remote at best.

The WBC now has ordered #2 Rosales to fight Martinez for the vacant title. The Nicaraguan Rosales, 26, previously held the WBC 112-lb title, but lost it to Edwards by a 12 round unanimous decision last December at the O2 Arena in London, England. Edwards out-boxed Rosales in a fight that was action-packed.

Although Rosales had a big advantage in power, Edwards did a good job of neutralizing his strength by using movement, and fighting smart. Edwards tried to do the same thing against Julio Cesar Martinez, but it didn’t work out in his favor. Martinez was too strong for him to deal with.

Rosales rebounded from his loss to Edwards in stopping journeyman Eliecer Quezada (23-10-3, 9 KOs) in the 7th round on August 24.

Last year, Rosales captured the WBC flyweight belt in beating Daigo Higa by a 9th round knockout in April 2018 in Yokohama, Japan. Rosales successfully defended the WBC title once in stopping Paddy Barnes in the 4th round in August 2018.

Kalle Sauerland: Chisora vs. Price is a toss-up fight »