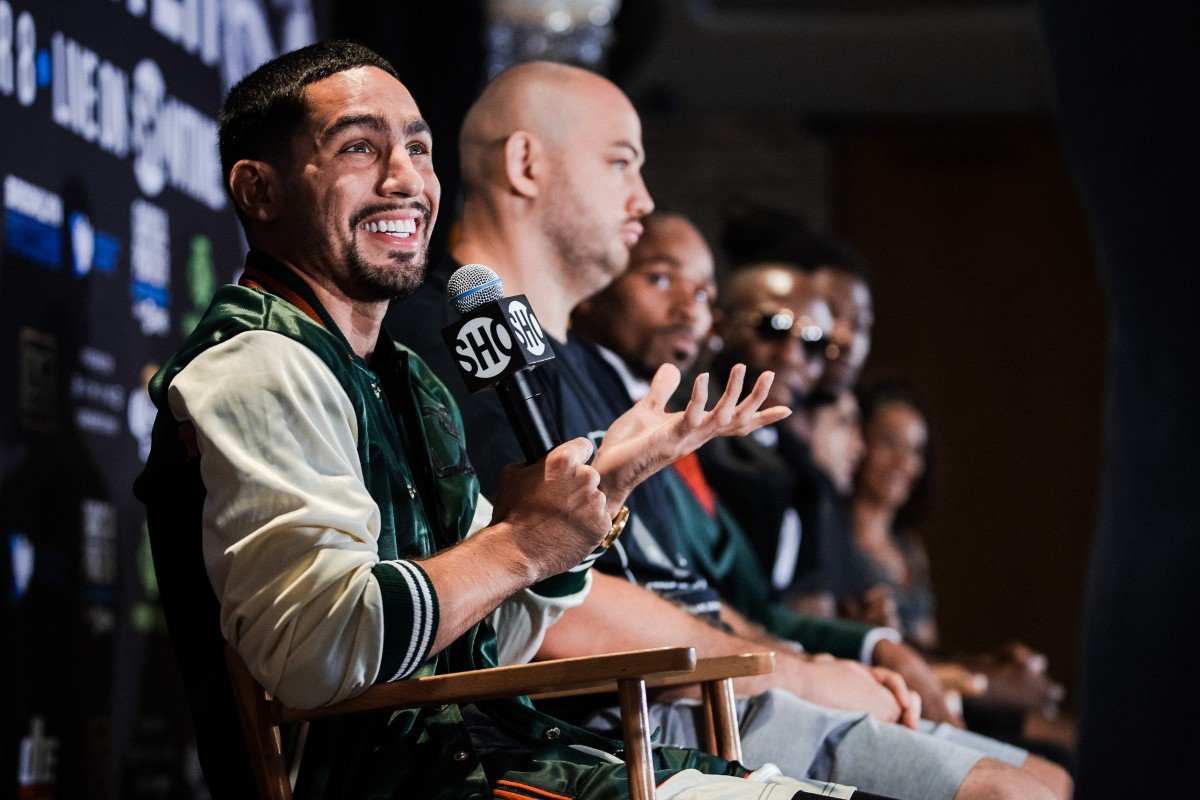 By Kenneth Friedman: WBC says that IBF/WBC welterweight champion Errol ‘The truth’ Spence will be defending next against former two division world champion Danny ‘Swift’ Garcia. Spence will then have to face his IBF mandatory Kudratillo Abduqaxorov. In other words, Spence (26-0, 21 KOs) will be making back to back mandatory defenses.

It’s a tall order for the 29-year-old Spence, who was involved in a terrible car accident earlier this month, and it’s unknown when he’ll be able to return to the ring to face Garcia (35-2, 21 KOs).

Spence to defend against WBC and then IBF mandatory

“WBC-IBF champion Spence will first make his WBC mandatory defense against WBC No. 1 ranked Silver champion Danny Garcia of the U.S.A., and make his mandatory IBF defense next,” said the World Boxing Council at their convention on Wednesday.

Garcia put himself in position for a title shot against Spence by beating Adrian Granados by a 7th round knockout on April 20. In Garcia’s fight before that, he lost to Shawn Porter by a close 12 round unanimous decision last year in September 2018 in a bid to win the vacant WBC welterweight belt.

The previously talked about fight date for the Spence vs. Garcia fight was for January, but that date may need to change now. Spence crashed his Ferrari 488 Spider on October 10 in Dallas, Texas. He was thrown from his vehicle as it tumbled after the crash, but escaped the accident without any major injuries. However, Spence was hospitalized for six day.

Spence will need time to recover from car crash

The accident took place at 2:53 a.m. According to the Dallas police, Spence’s Ferrari was “traveling at a high rate of speed” and  it then “veered left over the center median onto the southbound lanes and flipped multiple times, ejecting the driver, who was not wearing a seatbelt.” Spence was later charged for a DWI following the accident.

Spence later posted this short message on his Instagram social media site: “No broken bones I’m a savage!!” However, the message didn’t stay up long, Spence deleted it quickly. It’s thought the criticism that he was receiving from boxing fans led to him deleting the post.

In Spence’s last fight against WBC welterweight champion Shawn Porter, he won a close 12 round split decision on September 28 at the Staples Center in Los Angeles, California. A lot of boxing fans complained afterwards about the decision. They felt that Porter had done enough to earn the victory on the night. The judges scored it 116-111, 116-111 for Spence, and 115-112 for Porter.

In what was clearly a pre-planned move, Danny Garcia went into the ring immediately after and called out Spence for his next fight. The fans at ringside weren’t pleased with Garcia entering the ring. It’s likely that a lot of them felt that Spence hadn’t done enough against Porter to prove that he can move on from that fight.

in an impressive win, Kudratillo Abdukakhorov (17-0, 9 KOs) defeated Luis Collazo by a 10 round technical decision in an IBF welterweight title eliminator last Friday night in Philadelphia. The scores were 98-92, 99-91 and 97-93.