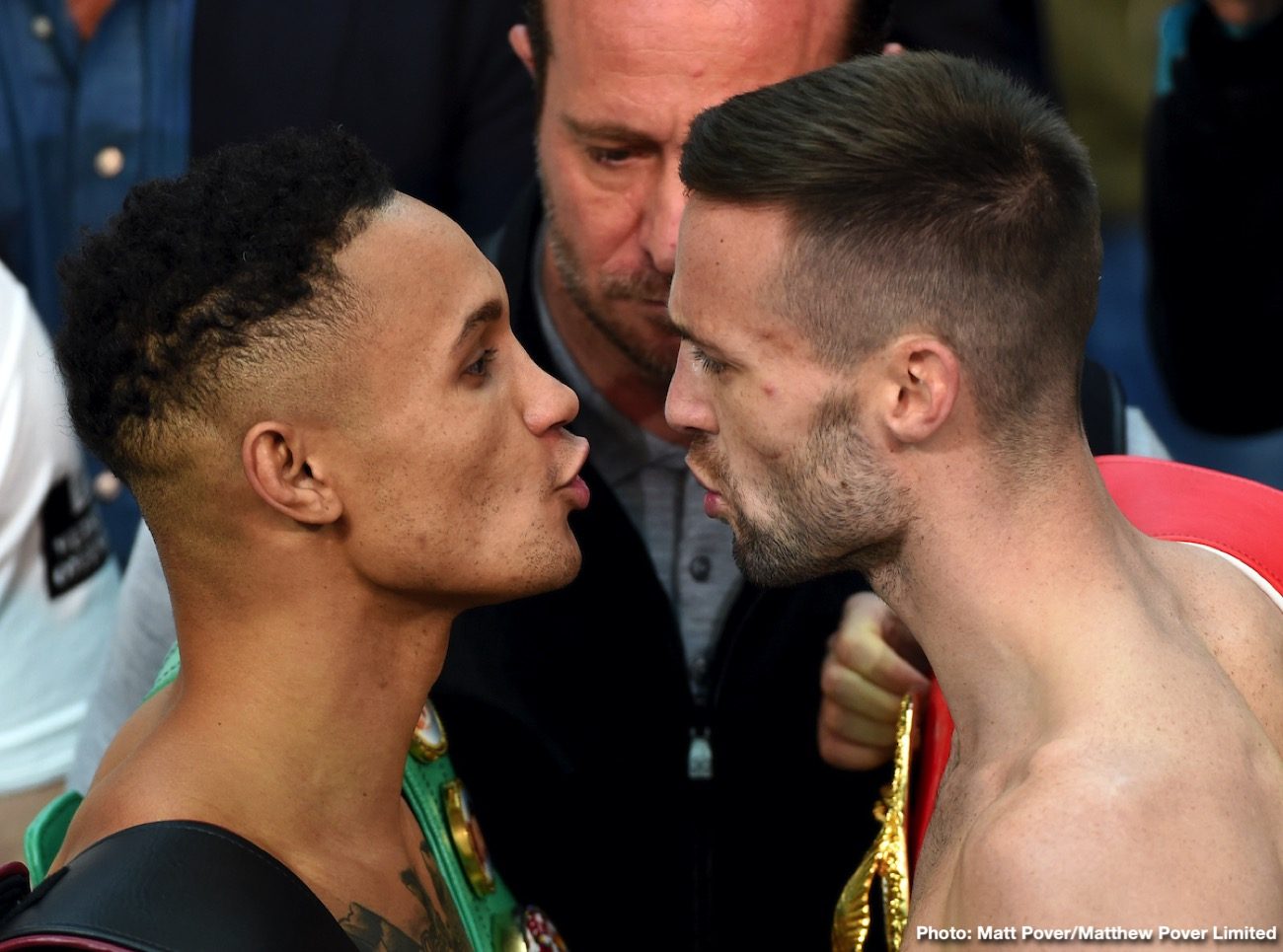 The Prograis vs. Taylor fight can be seen LIVE on DAZN in the U.S and on Sky Box Office in the UK.

Prograis admitted afterwards that he had a “miscalculation” in making the weight, and that made it tougher. Whether Taylor can take advantage of Prograis’ struggles in getting down to the 140-lb limit remains to be seen.

For his part, the unbeaten Taylor (15-0, 12 KOs) weighed in at 139.6 lbs. Both guys looked in great shape. Prograis appeared a little more drained in the face compared to the 28-year-old Taylor. Other than that, both fighters looked ready for battle on Saturday.

“Nah, I wasn’t struggling at all. I’m good,” said Prograis moments after the weigh-in. “I guess it was just a miscalculation, but I’m good. Everything is good, and I’m going to beat the s— out of him tomorrow. We were cursing each other out. I said I was going to stop him, and he said he was going to stop me.

For Prograis, 30, to knockout Taylor, he’ll need to get close to him, and that may be hard to do. Taylor gives ground easily, and rarely tries to hold onto his real estate inside the ring. Generally, when Taylor’s opponents come forward, he backs up, and then circles the ring. It’s rare that Taylor will stand and fight in the old fashioned sense. He’s not that type of fighter. 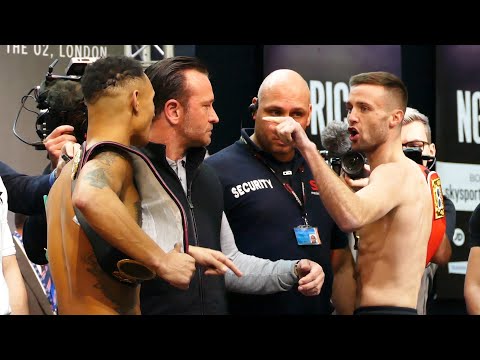 When Taylor does go on the attack, it’s usually when he senses weakness in his opponents. Earlier in Taylor’s career, he was doing a lot of attacking of his opponents. Taylors fighting approach has changed recently due to the opposition being greatly improved.

Against Viktor Postol and Ivan Baranchyk, Taylor mostly boxed. Those fighters were too good for Taylor to stand and slug. In Taylor’s quarterfinal fight against Ryan Martin in the WBSS, he had his way against a fighter that wasn’t throwing any punches. That was a mismatch. The tournament organizers made a mistake of adding the still green Martin to the competition, as he looked like he wasn’t ready.

There will be a lot on the line on Saturday. Prograis and Taylor will be fighting for the Muhammad Ali Trophy in the final of the World Boxing Super Series tournament. Further, the Ring Magazine 140-lb title will be on the line as well as the fighter’s IBF and WBA belts.

On top of that, the winner of the fight will be viewed by many boxing fans as the #1 fighter in the light welterweight division. However, WBC/WBO champion Jose Ramirez might have something to say about that. He’s already a two-belt unified champion at 140. It’s unclear though whether Ramirez will fight the winner. He hasn’t fought Prograis thus far, and he wanted to face him last year but with no luck.

Judging from the body language of the two fighters, Prograis looked like the more confident of the two. Taylor doesn’t exhibit self-confidence when it comes to trash talking. But even when Taylor wasn’t talking, he looks unsure of himself, and intimidated by Prograis. For the first time in Taylor’s short four-year professional career, he’s facing a talented fighter where victory isn’t assured. He doesn’t look comfortable at all with a live body in there with him.

“Easiest I’ve made the weight, I always make the weight easy,” said Taylor. “He looks like he’s on his feet dead and he’s getting planted tomorrow.”I can’t wait to do a number on this mouthpiece, I’m going to shut him up. He’s going to sleep, he’s going back to America with his tail between his legs.”