Prograis – ‘Taylor is trying to intimidate me’ 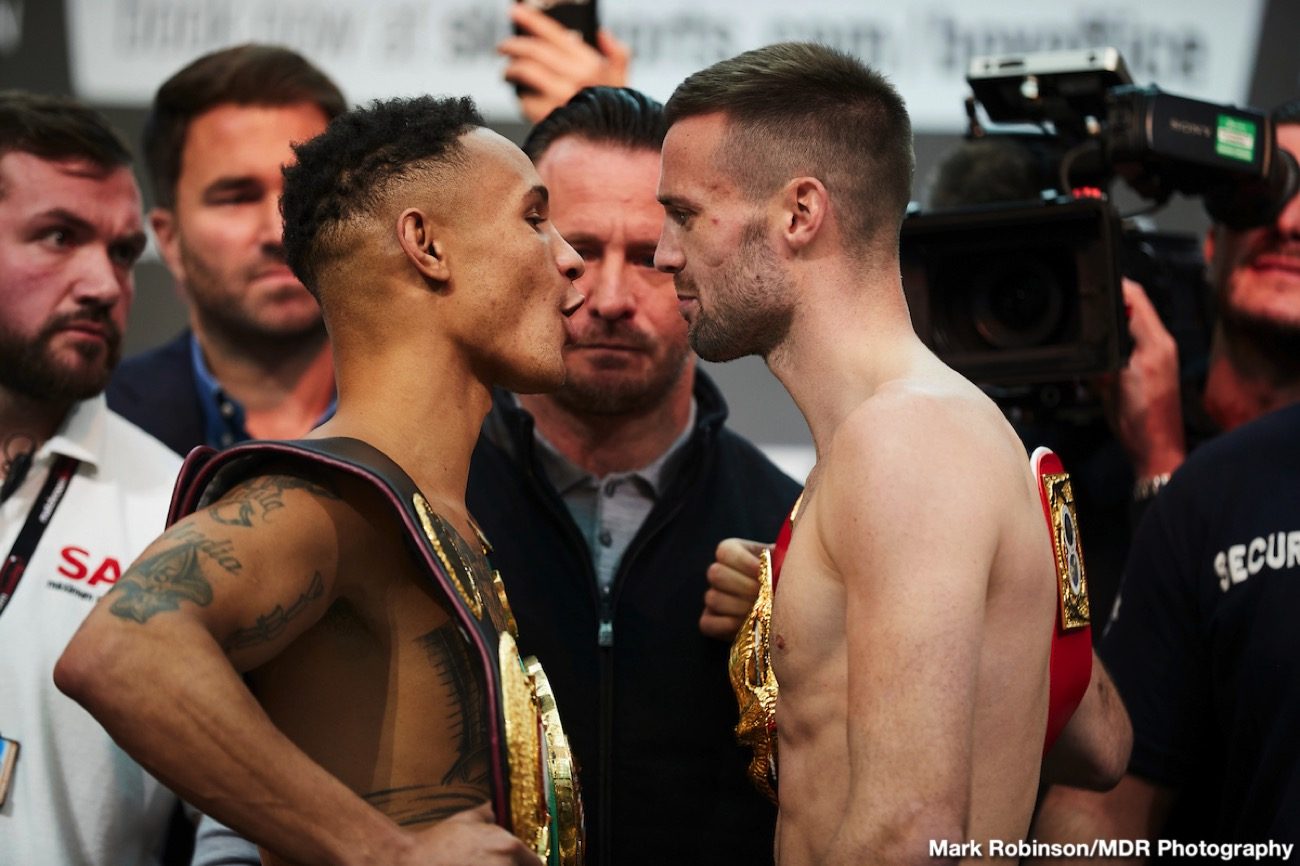 By Jeff Aronow: Regis Prograis says he’s noticed how Josh Taylor (15-0, 12 KOs) has been attempting to intimidate him in the lead up to their World Boxing Super Series tournament final on Saturday night.

Prograis and Taylor are fighting this Saturday night at the O2 Arena in London, England. The fight will be shown LIVE on DAZN in America and Sky Sports Box Office in the United Kingdom.

IBF 140-lb champion Taylor’s attempts at intimidation could be construed as a sign of insecurity on his part, as he’s uncomfortable around WBA light welterweight champion Prograis. Taylor has gotten tongue-tied around Prograis, and he looks out of his element when the Louisiana native starts talking circles around him. Not as skilled verbally as the smooth talking Prograis, Taylor is unable to do anything other than to give him dirty looks.

Prograis: Intimidation doesn’t work with me

“You can touch my belt and all that, but the only thing that matters if fighting,” said Prograis to Fighthype. “I think that’s a tactic by him. He’s trying to intimidate me. Intimidation doesn’t work, because we still have to fight. If we were on the streets and you could run, then maybe that would work. But in the pros, you can try to intimidate me all you want. At the end of the day, we still have to fight each other,” said Prograis.

Taylor will forget about using intimidation tactics once the punches start flying. He’s got excellent boxing skills, and doesn’t need to resort to schoolyard intimidation tactics to try and win the fight. However, it’s not going to be easy for Taylor, because Prograis can fight on the inside and outside. Prograis’ punch accuracy makes him more than a handful for Taylor. Although Taylor uses a lot of foot and head movement, he’s stiff and can be hit. Lesser fighters were able to put their hands on Taylor.

With Prograis’ power, Taylor can’t afford to be hit on the button too many times on Saturday. Prograis made a mess of his semifinal opponent Kiryl Relikh (23-3, 19 KOs) in the WBSS tourney on April 27. The referee Luis Pabon stopped the fight in the 6th.  Taylor fights well on the outside, and that’s where needs to keep it at all times.

London is where Prograis wanted to fight Taylor

“I definitely wanted to fight here, because after this fight it’s going to be international super stardom,” said Prograis. “Look at how massive this fight is now. Even before the place was announced, I was saying, ‘Let’s go to London.’ It was always in my head, ‘Let’s go to London,’ I never told anybody. It was something in my head, ‘I want to fight in London.’ When they said London, I said, ‘that’s it. That’s the spot,'” said Prograis.

The attention the Prograis vs. Taylor fight has received has been tremendous. Having the fight in London was a brilliant move by the WBSS tournament organizers, because the fight wouldn’t have received the same attention if it had been staged in the U.S. Prograis isn’t a big name in the States yet, and that’s something he’s hoping to change starting on Saturday.

“Of course,” said Prograis when asked if he plans on moving up to 147 in the future.’ I’m thinking one or two more fights at 140, but it all depends. After this, you don’t know what they may offer me. They may offer me some really big deals at 147 or 140. It depends. My goal has always been to become undisputed.

“I want all the belts. Ramirez is out there and he has two belts, but this is way more than anyone can ask for. So after this, you never know. Maybe I’ll go to 147 or stay at 140 and fight a super fight against Ramirez. I don’t know yet, because I’ve got to fight Josh Taylor first,” said Prograis.

The plan is for Prograis to go after WBC/WBO light welterweight champion Jose Ramirez if he gets his hand raised against Taylor. What we don’t know is if Ramirez and his promoters at Top Rank Boxing are going to use delaying tactics to avoid the unification fight with Prograis. He tried to get a fight against Ramirez last year after he beat Julius Indongo to win the interim WBC light welterweight title, but the fight didn’t get made.

Prograis then signed up for the World Boxing Super Series tournament. After Saturday, Prograis will be free to fight Ramirez. Prograis says WBC president Mauricio Sulaiman will help him get the fight with Ramirez. Regis holds the WBC Diamond and the interim WBC light welterweight titles.

“It’s good for some fighters and not good for other fighters,” said Prograis about the WBC giving Vasiliy Lomachenko the Franchise tag. “I always wanted to win a full title”

Adrien ‘The Problem’ Broner (33-4-1, 24 KOs) says he’s retired from boxing. He hasn’t fought since his 12 round decision loss to Manny Pacquiao last January, and it’s unknown if he would be interested in returning to the ring to fight Prograis. While Broner is still young at 30, he’s no longer winning. Broner hasn’t won a fight since his controversial 10 round decision over Adrian Granados in 2017. In Broner’s last 3 fights, his record is 0-2-1. Prograis gains nothing in fighting Broner at this point. It’s a waste of time on Prograis’ part in facing him. 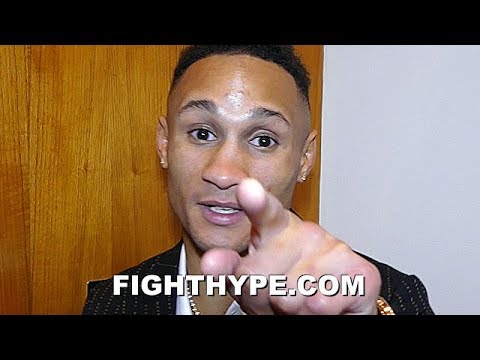 
« Ryan Burnett retires due to injuries

Gervonta Davis to face Yuriorkis Gamboa on December 28 on Showtime »