Gervonta Davis to face Yuriorkis Gamboa on December 28 on Showtime 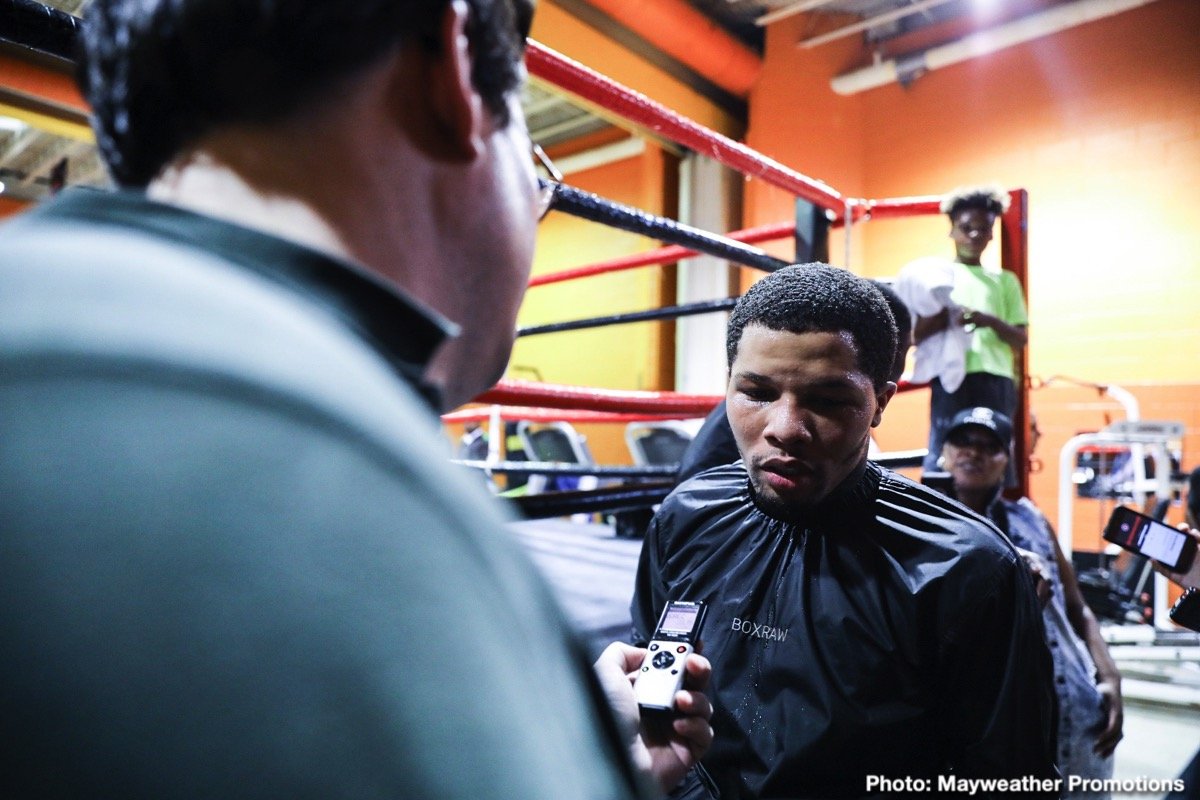 Davis and Gamboa both scored highlight-reel knockouts this summer to set up this world title showdown that will headline a special holiday SHOWTIME CHAMPIONSHIP BOXING® telecast that begins at 9 p.m. ET/6 p.m. PT. Interim WBA Light Heavyweight Champion Jean Pascal will defend against two-division champion Badou Jack in the co-feature of this PBC event.

The event is promoted by Mayweather Promotions and TGB Promotions. Ticket sales information will be announced next week.

“This event is a great way to top off the holiday season and 2019,” said Leonard Ellerbe, CEO of Mayweather Promotions. “We’re looking forward to lighting up the city of Atlanta with a spectacle headlined by the most exciting fighter in boxing, Gervonta Davis taking on a seasoned and fearless warrior, Yuriorkis Gamboa. Gervonta spends a lot of time in Atlanta and he wanted to bring his talents to his second home where he plans to put on yet another electrifying performance.

“Each time Gervonta Davis steps in the ring he proves worthy of the considerable hype around him,” said Stephen Espinoza, President, Sports and Event Programming, Showtime Networks Inc. “On the heels of two electric performances in 2019, he’ll close out the year in a new division and look to further define the Tank Davis mystique. Yuriorkis Gamboa presents a challenge unlike anything Gervonta has faced before: a pure boxer with true finishing power and bona fide credentials. And the co-feature, Jean Pascal vs. Badou Jack, is a 50-50 fight between two proven veterans that is sure to deliver on both skill and intensity. We are proud to deliver this unique, holiday event from Atlanta, a city that is long overdue for a marquee world championship boxing event like this one.”

Davis (22-0, 21 KOs) burst onto the scene with an explosive knockout victory over Jose Pedraza to win the IBF super featherweight title in a star-making performance on January 2017. At the time he became the youngest world champion in boxing at age 22. In the ring, Davis blends controlled aggression with blazing hand and foot speed, eye-catching power and sublime boxing skills. It’s a winning combination that has kept the southpaw unbeaten and given him a 95.5 percent knockout ratio, making him a fan favorite on the threshold of superstardom.

A 24-year-old native of Baltimore, Davis thrilled his hometown with a masterful performance against Ricardo Nunez in his last fight on July 27. The sold out crowd at Royal Farms Arena witnessed Davis score a spectacular second round knockout of Nunez to defend his WBA Super Featherweight title and become the first world champion from Baltimore to make a homecoming defense in nearly 80 years. December 28 will be Davis’ third consecutive headlining appearance of 2019. Under the guidance of Mayweather Promotions, Davis will look to further improve his impressive portfolio with a title at lightweight.

Gamboa will bring out the best in me says Gervonta

“I’m excited to head south for the holiday season and put on a great show for the city of Atlanta on December 28,” said Davis. “It’s been a long time since a boxing fight of this magnitude has come to the city and I’m proud to be able to give lots of excitement to a city where I’ve spent a lot of my time.

“Some of the greatest boxers in the Hall of Fame have won titles in multiple weight divisions and I’m no different. I expect as much success at 135 pounds as I had at 130 pounds. Yuriorkis Gamboa is a respected name in boxing and has achieved high levels of success in both the Olympics and as a professional. I expect him to bring out the best in me and l will be ready for it. I’m thankful to my whole team for making this happen. To all my fans, continue to support me and I’ll fight for you.”

Gamboa (30-2, 18 KOs) is riding a resurgent wave in his career, which has been sparked by some recent displays of power. The 37-year-old, who is from Guantanamo, Cuba and now lives in Miami, has always been a cerebral boxer. But recently he has demonstrated the attitude and ability to be a finisher, dispatching his last opponent with a crowd-pleasing knockout. Gamboa is a former unified featherweight champion, holding the IBF and WBA 126-pound titles between 2009-2011. Since dropping just the second fight of his career against Robinson Castellano in 2017, Gamboa has won four in a row. He is coming off a knockout victory over Roman Martinez as the co-main event to Davis’ Baltimore homecoming in July, setting up a tantalizing showdown between the two for a lightweight championship.

Gamboa happy to be in high profile fight

“I am blessed to have this amazing opportunity to become world champion once again,” said Gamboa. “And I have been hoping that this opportunity would be against Gervonta Davis as well. I love and embrace the role of underdog that I have in this match because it will be the ultimate motivator. For the first time in my career, I will be involved in a high profile bout in which I am not coming in at a disadvantage.

“Gervonta is an excellent fighter, but he has yet to face anyone like me. All the sacrifices I have made in my career and my life – leaving Cuba and coming to this country to find a better life for my family – will finally payoff on December 28.”

Pascal (34-6-1, 20 KOs) most recently captured his interim title by giving Marcus Browne the first defeat of his professional career. Pascal scored four knockdowns in the fight, eventually earning a narrow technical decision when a cut suffered by Browne on an accidental head butt stopped the fight after eight rounds.

The 36-year-old has been in the ring with the top fighters of his era during his brilliant career, including Bernard Hopkins, Sergey Kovalev, Carl Froch, Lucian Bute and Chad Dawson. Pascal, who was born in Port-Au-Prince, Haiti and now lives in Laval, Quebec, Canada, won first the light heavyweight world title with a unanimous decision over Adrian Diaconu in 2009.

“After I took this belt from Marcus Browne I asked my team to get me back in the ring before the end of the year and they delivered,” said Pascal. “This is going to be a fight you don’t want to miss. Everybody knows I come to fight, I’m a warrior and it’s the same thing for Badou. We both have proven to be boxers that want to fight the best in the world. Now we’re fighting each other, so you know it’s going to be fireworks.

“I’m training super hard for this fight because I know he’s coming to try to take my belts, but I’ve gone through way too much to become a two-time champion, so my belts aren’t going anywhere.”

Jack (22-2-3, 13 KOs) will fight for the interim title that Marcus Browne won in January by defeating him in a fight that saw Jack battle through a nasty cut on his forehead. Jack will return to action in his fourth fight at light heavyweight after relinquishing his super middleweight world title. Born in Stockholm, Sweden, Jack represented his father’s Gambia in the 2008 Olympics and now lives in Las Vegas.

Jack won the 168-pound world title with a majority decision against Anthony Dirrell in 2015 and successfully defended the belt three times before a hard-fought majority draw against James DeGale in one 2017’s best fights. In his first bout at 175 pounds, Jack stopped Nathan Cleverly to pick up the WBA light heavyweight title before fighting to a majority draw against then WBC champion Adonis Stevenson in May 2018.

“It feels great to be back and I’m looking forward to putting on another exciting performance,” says Jack. “I always fight to make sure my family lives a comfortable lifestyle and to secure my legacy, but I’m just as motivated to represent and fight for children across the globe that my foundation helps.

“Expect to see me stronger, smarter and more experienced on December 28. I’m looking forward to getting my belts back and becoming a three-time world champion. I respect Pascal and consider him a friend, but business is business. 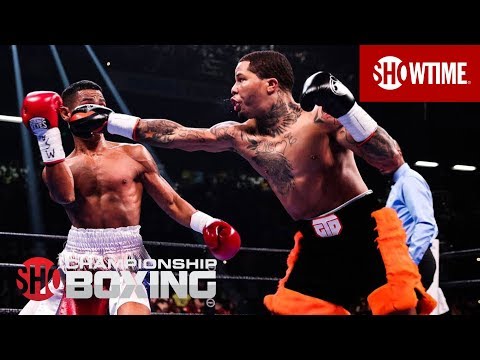 
« Prograis – ‘Taylor is trying to intimidate me’