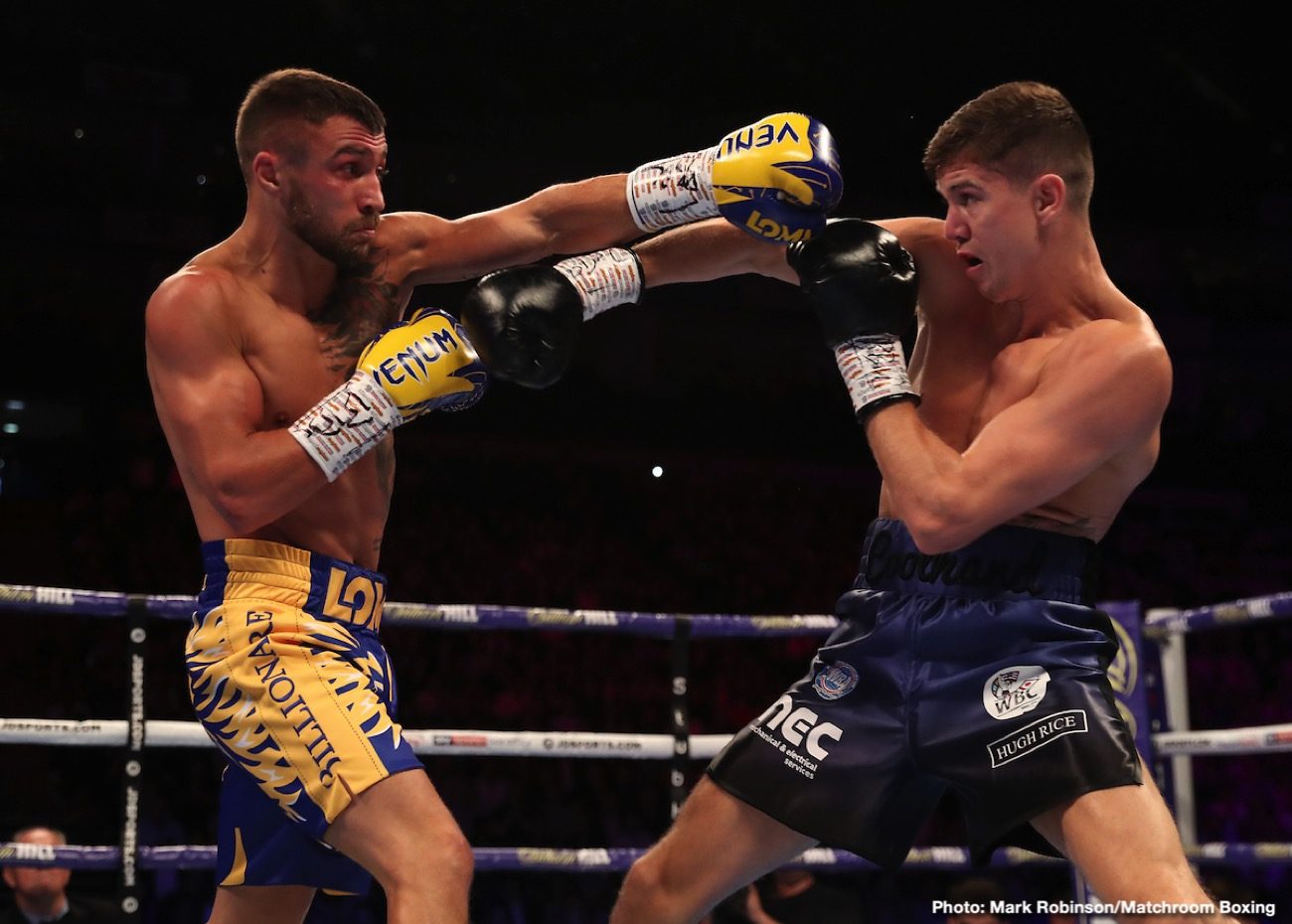 By Dan Ambrose: Vasiliy Lomachenko says he wants to fight Gervonta Davis and Devin Haney in 2020. Those two highly popular lightweights are on WBA/WBC/WBO lightweight champion Lomachenko’s wish list for next year. But first things first; Lomachenko will be facing the winner of the December fight between IBF 135-lb champion Richard Commey (29-2, 26 KOs) and Teofimo Lopez (14-0, 11 KOs).

In a perfect world, the 22-year-old Teofimo wins that fight, which sets up a huge match with Lomachenko (14-1, 10 KOs) for early 2020. That’ll be for the undisputed lightweight championship with all four titles on the line.

“I think a fight that would be interesting and a good challenge would be Gervonta Davis, also Devin Haney would be a good fight,” Lomachenko said to ESPN KnockOut at ESPN.com.ar. “But let’s see, we must also wait for the fight of Commey and Teofimo in December.

Former IBF/WBA super featherweight champion Gervonta ‘Tank’ Davis (22-0, 21 KOs) is easily the biggest fight out there for the 31-year-old Lomachenko. The boxing public doesn’t care about Lomachenko unifying the lightweight division. It’s nice that Lomachenko is close to becoming the unified lightweight champion. That’s a personal goal for Loma, but it doesn’t interest the fans nearly as much as seeing him face Gervonta or Haney.  Watching Lomachenko fight Tank Davis and Haney is far more important to them than seeing him unify the division.

Davis’ promoters at Mayweather Promotions might be a problem with putting together a match against Lomachenko. They haven’t let Gervonta anywhere near Lomachenko during his six-year pro career, and it’s likely won’t consider making that fight in 2020. Mayweather Promotions are trying to build Tank Davis into a star, and Lomachenko could prematurely wreck their plans for accomplishing that goal.

WBC interim lightweight champion Haney (23-0, 15 KOs) is ready to face Lomachenko right now, and he doesn’t want to wait until he’s old and gray. What’s even better is Haney’s promoter Eddie Hearn of Matchroom Boxing isn’t holding him back. Unlikely Tank Davis, whose promoters aren’t interested in matching him with Lomachenko, Hearn wants to pit Haney with him.

Lomachenko vs. Teofimo Lopez will be an interesting fight in 2020. However, Teofimo must beat the 32-year-old IBF lightweight champion Commey in December for that to become a reality.

“There is talk of Teofimo, but first he has to beat Commey,” said Lomachenko.

Boxing fans also want to see Lomachenko fight the young trash talking Teofimo. Him and Lomachenko have been trading trash talk back and forth for a while now, and it’s an interesting fight. However, Lopez has a lot of problems winning his last fight against Masayoshi Nakatani last July. If he fights like that against Commey, he’ll lose for sure. The judges gave Teofimo VERY favorable scoring in the Nakatani fight. In reality, Teofimo appeared to barely win the fight. Some boxing fans had it a draw. Nakatani exposed Lopez as not having enough experience yet to be fighting at the upper levels of the lightweight division.