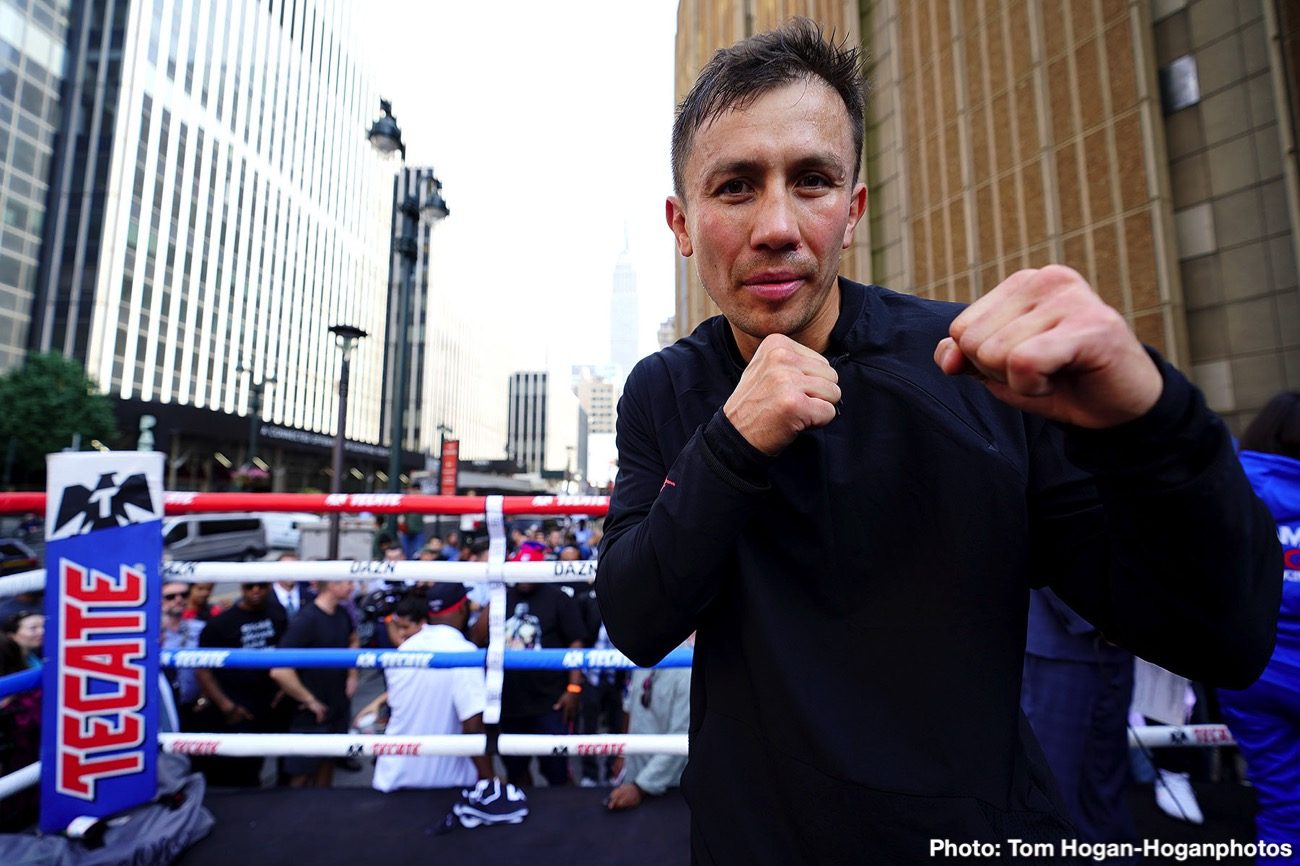 By Kenneth Friedman:  Trainer Johnathon Banks says he’s not even thinking about Saul Canelo Alvarez because he’s not interested in a third fight against Gennady Golovkin at this point. Banks says Golovkin (39-1-1, 35 KOs) feels he won both fights against Canelo, and he wants to face him a third time but the Mexican star doesn’t want it any longer.

“I don’t even think about it because Canelo don’t want the fight,” said Banks to Fighthub about Canelo Alvarez not wanting to face GGG in trilogy match. “If he wants the fight, and signs the paperwork, then I’m all in for it.”

Canelo is fighting WBO light heavyweight champion Sergey Kovalev on November 2 in Las Vegas, Nevada. If Canelo wins that fight, it could make it difficult for Golovkin to ever face him again. Canelo’s popularity will increase with victory over Kovalev, and it’ll put Golovkin in a weakened position.

Banks is getting Golovkin ready to face Sergiy Derevyanchenko (13-1, 10 KOs) this Saturday at Madison Square Garden in New York. Golovkin-Derevyanchenko are competing for the vacant IBF middleweight title. Golovkin vs. Derevyanchenko will be streamed on DAZN in the U.S, and televised on Sky Sports in the UK.

“It wasn’t like a Ward-Gatti fight. That was a true war and bloodbath. It wasn’t nothing like that,” said Banks about Golovkin’s second fight against Canelo Alvarez. “It was more draining mentally than it was physically, because he felt he won and didn’t get the decision.”

Canelo came forward at times to land shots on Golovkin, and then he would back off. GGG let Canelo get away.  Golovkin can’t make the same mistake against Derevyanchenko if he wants to win. There’s little doubt that the 2008 Ukrainian Olympian will be using the same tactics Canelo did to try and beat GGG.

Derevyanchenko is a good puncher, but it’s not in his boxing DNA to go to war with his opponents. He didn’t do that against Daniel Jacobs or Tureano Johnson, and those are the toughest opponents he’s faced as a professional. Derevyanchenko, 33, likes to come forward, land 2 shots, and then back away to the outside. He uses his jab a lot to keep his opponents from following after him.

GGG will need to pressure Derevyanchenko

Golovkin says he has a new fighting style that he’ll be showing the boxing fans on Saturday at Madison Square Garden. Banks has talked frequently of wanting Golovkin to throw sustained combinations to give him more opportunities to wear his opponents down faster.

For Golovkin to beat Derevyachenko, he’ll need to keep him from slipping away to the outside. Derevyanchenko and his trainer Andre Rozier have studied Golovkin’s two fights with Canelo backwards and forwards. They’ve seen how easily Canelo was able to escape GGG’s pressure in both fights, and they’re going to want to duplicate that.