Gervonta Davis to fight Yuriorkis Gamboa on Dec. 28 on Showtime 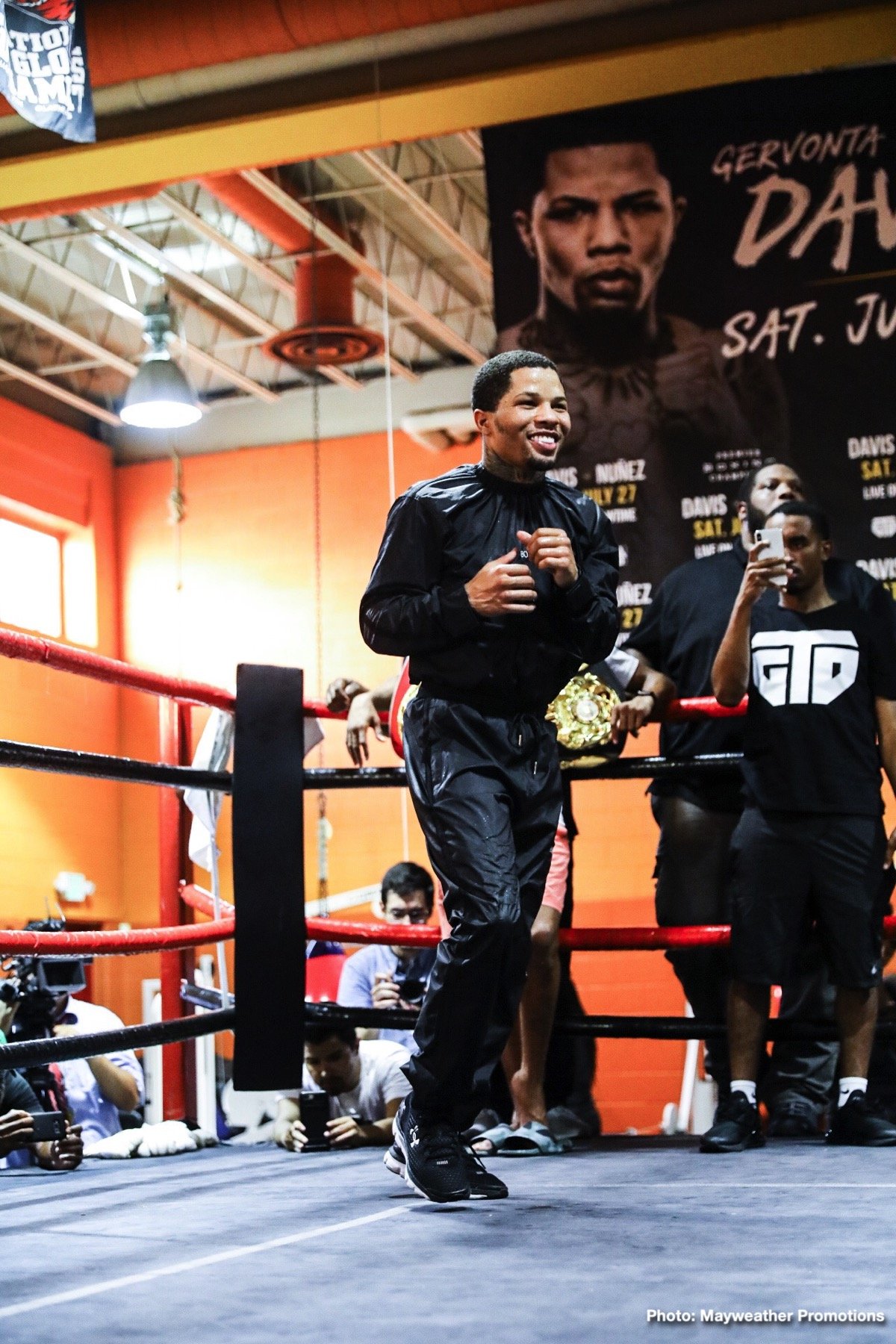 By Chris Williams: In massively appealing fight, it’s just been revealed that Gervonta Davis will be fighting former WBA featherweight champion Yuriorkis Gamboa on December 28 Showtime, according to @MikeCoppinger. Davis (22-0, 21 KOs) and the 2004 Olympic gold medalist Gamboa (30-2, 18 KOs) will be battling for the vacant World Boxing Association World lightweight title.

Davis, 24, is moving up the 135-lb division that is currently dominated by Vasiliy Lomachenko. What’s interesting is that just when Tank Davis is about to enter the lightweight division, WBA/WBC/WBO 135-lb champion Lomachenko (14-1, 10 KOs) is planning on moving back down to super featherweight after he challenges for the IBF belt against the winner of the December 14th fight between Richard Commey vs. Teofimo Lopez.

The winner of that fight will face Lomachenko in early 2020 for the undisputed lightweight championship. The WBA ‘regular’ lightweight title that Gervonta and Gamboa are competing for on December 23 is the secondary WBA lightweight strap. The WBA has TWO titles at 135.

Lomachenko has the ‘Super World’ lightweight title, whereas the secondary title, known as the ‘WBA World’ belt is currently vacant.  At super featherweight, Tank Davis captured the IBF and WBA titles.

Gamboa has won his last four fights since losing to Robinson Castellanos by a 7th round stoppage in May 2017. That was the low point of Gamboa’s 12-year pro career, as he’s since turned things around with wins over these fighters:

In the co-feature bout on the Davis-Gamboa card on December 23, former two division world champion Badou Jack (22-2-3, 13 KOs) will be facing former WBA light heavyweight champion Jean Pascal (34-6-1, 20 KOs) at 175. This should be an interesting contest. Jack, 35, lost his last fight to Marcus Browne by a 12 round unanimous decision on January 19 at the MGM Grand in Las Vegas, Nevada.

Badou suffered gruesome cut on his forehead half way through the fight, and he had blood leaking into his eyes during the entire second half of the contest. That made things tough on him. Browne went on to win the fight by the scores 117-110, 116-111 and 119-108.

The cut played a part in the outcome of the fight, but it’s likely that Jack would have lost even if he hadn’t been cut. The 2012 U.S Olympian Browne (23-1, 16 KOs) had Jack’s number from the very start.

Showing that styles make fights, Pascal defeated Marcus Browne by an 8th round technical decision on August 3 in Brooklyn, New York. Pascal went into Browne’s own backyard in Brooklyn, and beat him in front of his own boxing fan.

Pascal dropped Browne in round 4, and twice more in round 7. In the 8th round, Browne suffered a cut over his left eye from an accidental head-butt, which caused the contest to be stopped. It then went to the scorecards, and won by the scores 75-74, 75-74 and 75-74.