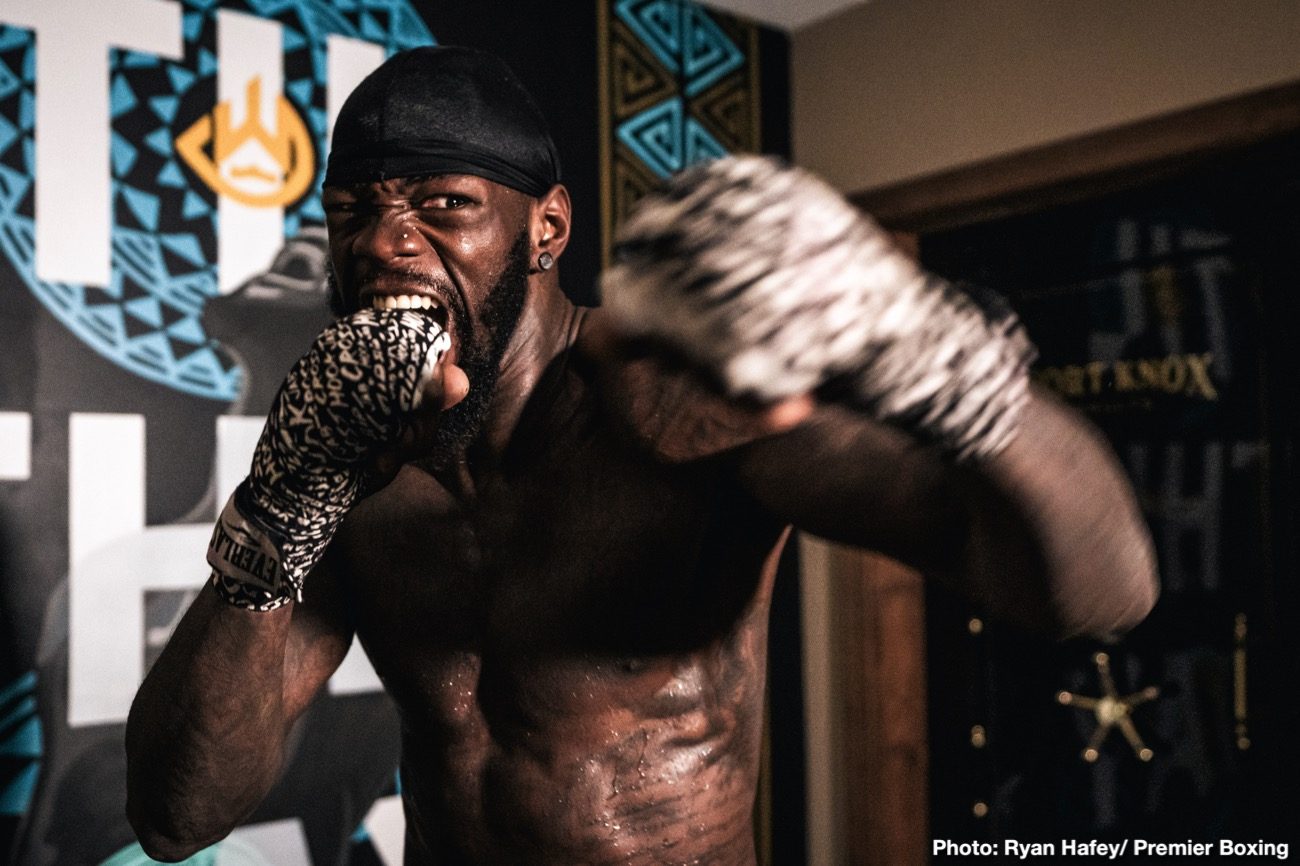 Wilder prepares for rematch with Ortiz

Recently, Wilder showed his talents in front of the camera filming the fight commercial for his highly anticipated showdown. The spot can be watched HERE through Wilder’s social media channels, and will premiere on television during tonight’s Thursday Night Football game between the Minnesota Vikings and Washington Redskins on FOX beginning at 8:00 p.m. ET.

“For it to air on Thursday Night Football with millions of people watching is a great thing for the promotion. It means the world to me to give the fans this kind of excitement leading up to the fight. I’m very grateful for where I am in my career and I can’t wait to take advantage of this opportunity.”

Deontay Wilder says he hasn’t reached his full potential yet

Even with the big fight commitments, Wilder has flourished during training camp in Tuscaloosa, Alabama as he prepares to be primed when the first bell rings on November 23.

“Camp has been going amazing,” said Wilder. “I haven’t reached my full potential or peaked in camp yet. We’re still pressing and everything is moving smoothly and on schedule. I’m feeling good and I’m looking good as well.

“I’m working on throwing a lot of jabs and countering. I know that Ortiz likes to counter as well. I’ve been in there with him before. I understand what he wants to do and I can recognize certain weaknesses we’re looking to exploit. It’s going to be a good fight while it lasts. Everyone knows what to expect from Deontay Wilder. I don’t have time to play games and I don’t get paid for overtime.”

Always one to find ways to push his training and his overall physical fitness level, Wilder has incorporated swimming and scuba diving into his conditioning program.

“For those that don’t know, I’m a certified scuba diver,” said Wilder. “I enjoy it and I’ve been doing it for a few years now. It gives me relaxation and helps keep pressure off the muscles in my body. It helps my body tremendously. It’s also strengthening my legs and expanding my lungs so that I have more stamina. Water is great for exercise and I love it.”

Here it is baby, the official promo for #WilderOrtiz2!! You’re seeing it here FIRST! ✊🏿
If you saw the first fight then you know the rematch is gonna be WILD.
It’s gonna be EXPLOSIVE.
It’s gonna be ENTERTAINING.
And it’s DEFINITELY gonna end in a SPECTACULAR KO!!! 💥💥 pic.twitter.com/Ma33YDynuh

Three-division champion Leo “El Terremoto” Santa Cruz seeks a title in another division when he takes on Miguel “El Michoacan” Flores for the WBA Super Featherweight Championship in the co-main event. 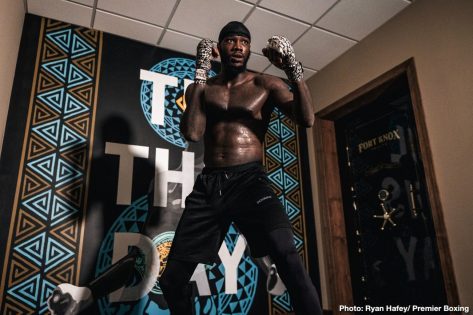 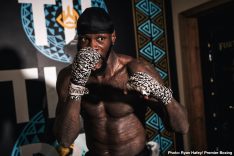 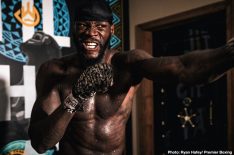 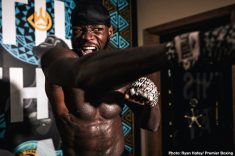 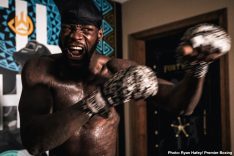 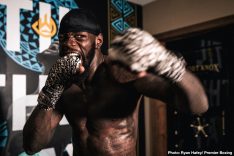 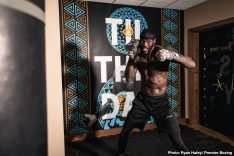 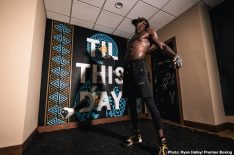 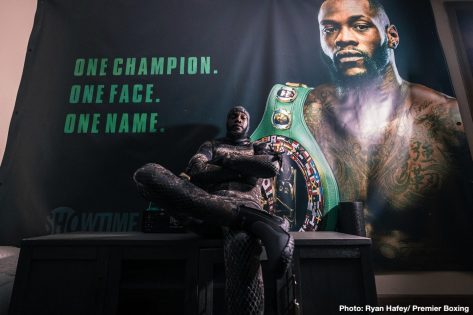 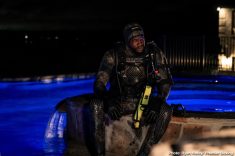 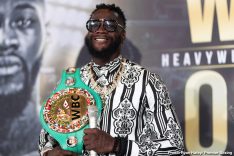 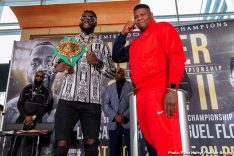 « Canelo Alvarez open to Artur Beterbiev fight next May