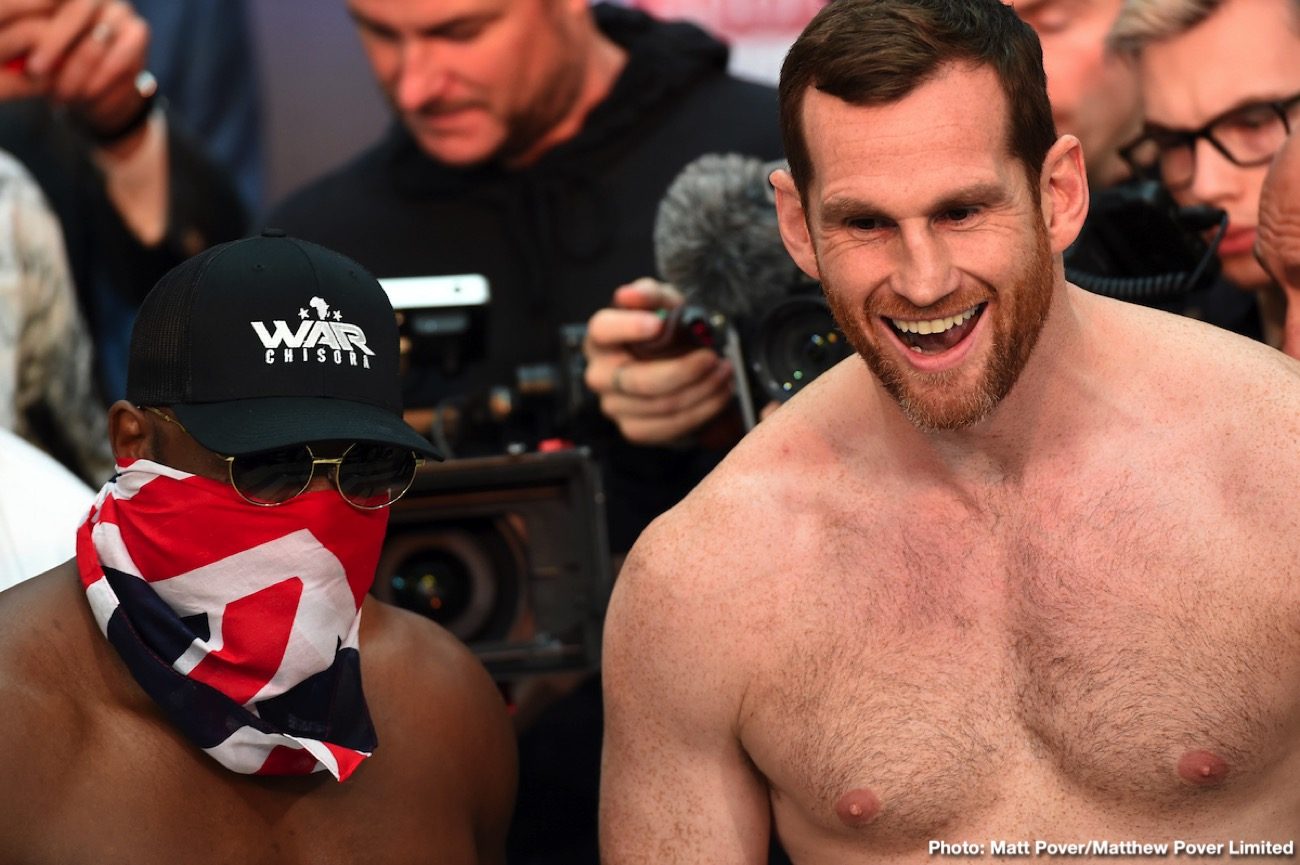 By Tim Royner: Tyson Fury gives the edge to Dereck Chisora (31-9, 22 KOs) in his fight tonight against 6’8″ David Price (25-6, 20 KOs) in heavyweight action at the O2 Arena in London, England. Although Fury initially was on the fence in giving a pick for the fight, he now admits that the 35-year-old Chisora is his choice to get the victory tonight.

The single most reason why Fury is picking Chisora to win the fight is because Price was pulled in as a replacement opponent on 2 week’s notice. Chisora was supposed to be fighting former WBO heavyweight champion Joseph Parker, but he fell ill and pulled out of the bout. Fury feels that Chisora will be be better prepared for a 12 round face-paced fight than Price, because he was already in training camp. Price wasn’t.

Matchroom Boxing promoter Eddie Hearn offered the fight to the 36-year-old Price, who grabbed it with both hands. It’s a good opportunity for Price to upset the apple cart by beating Chisora, and using the opportunity to get bigger payday against Oleksandr Usyk. A win over Usyk will lead to a world title shot against the winner of the Andy Ruiz Jr. vs. Anthony Joshua rematch.

“David Price is a big puncher, and he’s been around the game for a long time,” said Fury to skysports.com. “Derek Chisora is on a good run of form at the minute. I think Chisora will win fight, purely because of the fact that David Price has only had a few weeks’ notice and for the fact that Chisora was training in a training camp for a world level fight against Joseph Parker and now David Price has been brought in as a last-minute stand-in on two weeks’ notice,” said Fury.

Fury is missing the mark in stating the obvious in giving a prediction on the Chisora vs. Price fight. The chances of the fight going into the later rounds are slim and none. Price will likely be knocked out long before conditioning becomes an issue for him. His inability to take the heavy shots from the hard-hitting Chisora is what could prompt the end of this scheduled 12 round contest. Although Price will likely gas out if the fight lasts six rounds or more, his chances of making it that far in the contest is unlikely.

Chisora vs. Price in co-feature bout on Prograis vs. Taylor card

Hearn is giving Chisora and Price a chance to be seen by millions by putting them in the co-feature bout on the Regis Prograis vs. Josh Taylor card tonight. The card is being streamed on DAZN in America, and on Sky Sports Box Office in the UK. This is a big opportunity for 2 aging heavyweights to try and position themselves for a big fight.

Price has resurrected his career in 2019 with three consecutive victories. He’s more confident than he’s been in many years. Moreover, Price is finally using his boxing skills to win his fights rather than just looking to slug it out. In Price’s last fight against Dave Allen, he stayed on the outside and used his jab and right hand to dominate him until scoring a stoppage in the 10th.

At Friday’s weigh-in, Price said he used hypnosis on Chisora. If Price really believes that this tactic will work, he could be in for a disappointment. Chisora humored Price, and seemed to play along with it.

Dereck has had problems fighting taller heavyweights in the past. He lost to Vitali Klitschko, Tyson Fury [x 2], Robert Helenius and Kubrat Pulev. Chisora was competitive in all of those fights, but he still lost. Some boxing fans think Chisora deserved a win over Helenius in December 2011. Helenius suffered an arm injury in the fight, and struggled to edge him.

It’ll be a surprise if Price is able to pull off the upset tonight, but it’s quite possible given Chisora’s frequent failures in the past. Chisora is basically a high level journeyman, and those types of guys can lose at any given moment. Hearn has done a good job of matching Chisora carefully by putting him in with weak opposition since his loss to Dillian Whyte, but he’s still the same fighter that has lost many times in his career. Nothing has changed in that respect. 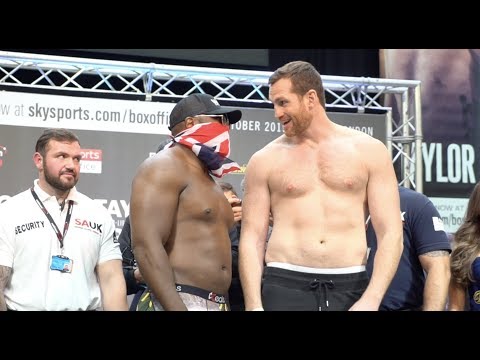