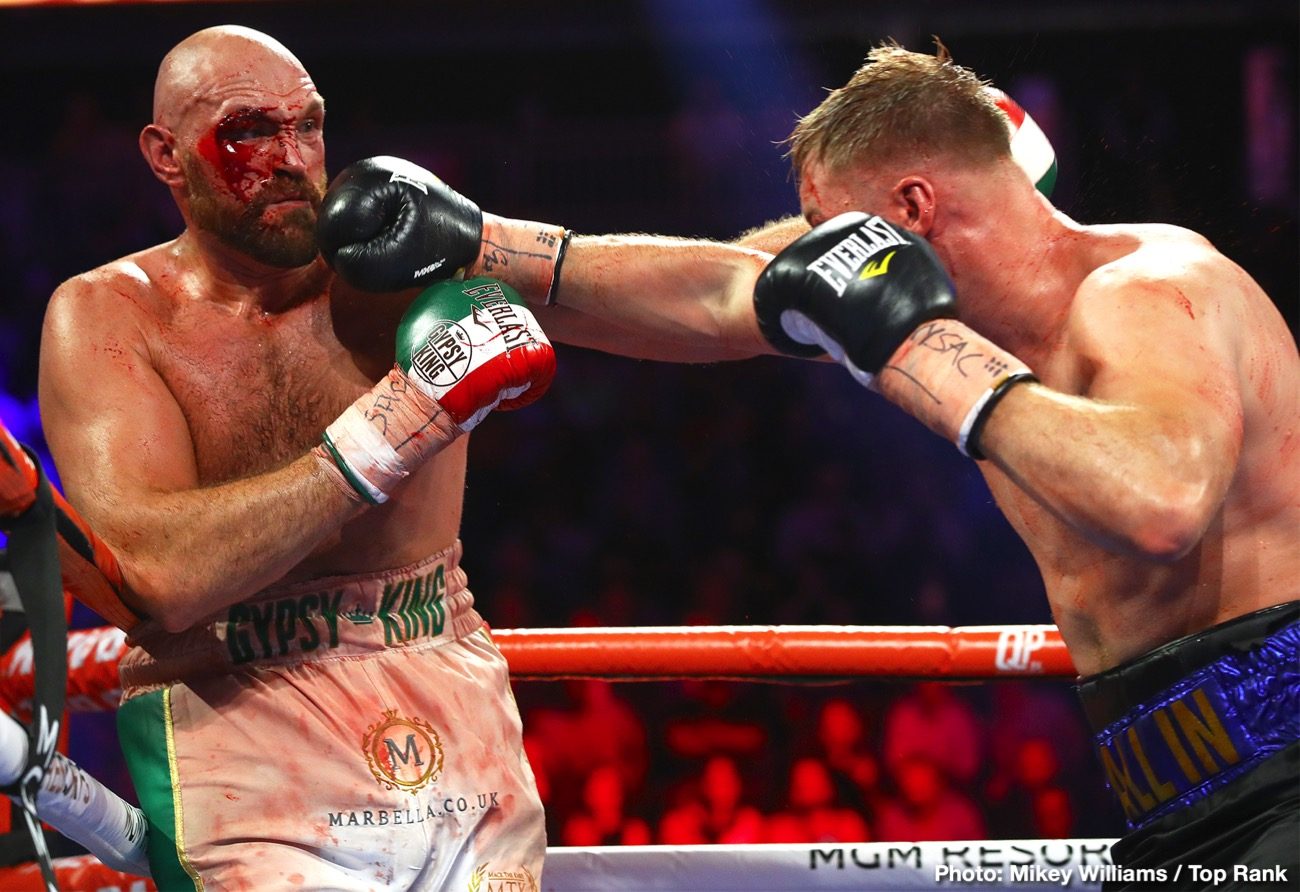 By Tim Royner: Lineal heavyweight champion Tyson Fury’s victory over the tough Otto Wallin came at a cost with the ‘Gypsy King’ suffering a huge gash over his right eye that required 47 stitches to close.

Fury was taken to the University Medical Center of Southern Nevada after the fight to meet with a plastic surgeon to have his damaged right eye repaired. Fury was pleased with the surgery, telling the PA news agency: “I’m fantastic. They did an absolutely fantastic job on it. Fifty stitches in it.”

On the plus side, that’s not quite as bad as the 60 stitches that was required for repair Vitali Klitschko’s cut he suffered in his 6th round stoppage loss against boxing great Lennox Lewis in 2003, but it’s very close.

Klitschko’s fight with Lewis was stopped after six rounds by the ringside doctor due to his bad cut. Unfortunately for Fury, his fight was allowed to go on for the entire 12 rounds. It makes sense to surmise that Fury’s cuts wouldn’t have been as bad had his fight with Wallin (20-1, 13 KOs) been stopped shortly after he suffered the terrible cut in the 3rd round.

🏥 Tyson Fury had 47 stitches to patch up his double cut from the Otto Wallin fight.

Will Fury’s cut hurt his career?

With a cut like the one Fury suffered, there will be the potential for it to be opened up in future fights. A lot of fighters that suffered bad cuts often are plagued with having the cuts reopened in their subsequent fights, and puts them at a disadvantage. Fury (29-0-1, 20 KOs) was able to beat Wallin by a 12 round unanimous decision last Saturday with his injured eye, but against a better heavyweight, Tyson might not be so lucky.

“It is all heart and determination,” Fury said moments after his fight with Wallin ended. “If I can keep going, I will keep going.”

The predictable outcome of Fury fighting talented heavyweights like Anthony Joshua and Deontay Wilder with limited vision would be for him to be knocked out or stopped on a cut. Either way, it’s a bleak future scenario for Fury when he gets in there against the big hitters in the heavyweight division. It’s not just those guys that can give Fury problems. With the thin scar tissue that will be around his right eye, heavyweights like Dillian Whyte, Andy Ruiz Jr. and Kubrat Pulev will take advantage of it. 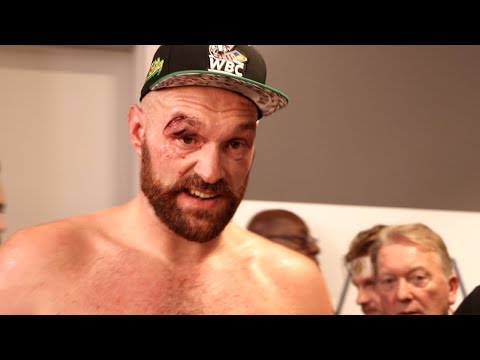 Fighting in front of 8,248 fans last Saturday, Fury (29-0-1, 20 KOs) retained his lineal heavyweight title in beating challenger Wallin by a 12 round unanimous decision at the T-Mobile Arena in Las Vegas, Nevada. At the end of the contest, the judges had it 116-112, 117-111 and 118-110 for Fury.  The decision by the ringside doctor not to stop the fight due to Fury’s bad cut saved his rematch with WBC heavyweight champion Deontay Wilder. It’s still not a sure thing that Fury, 31, will be fighting Wilder next year. Wilder must get passed Luis Ortiz in their rematch in November, and that’s not going to be an easy fight for the ‘Bronze Bomber.’

For the time being, the rematch between Fury and Wilder is penciled in for February 22. That date could change if Fury’s stitched up cut requires more time to heal. The fight date is 5 months away, but Fury will need to start training for the rematch in two months from now.

There’s little chance that Fury will be able to spar at that time without the potential of his repaired cut being reopened. That’s the problem with major cuts. It’s difficult for fighters to come back from them quickly. With a cut as bad as Fury’s, he might need a lot longer than 5 months for it to heal properly to where it won’t get reopened. With all the scar tissue, Fury’s right eye could be a problem for him regardless of how much time he has to let the injury heal.