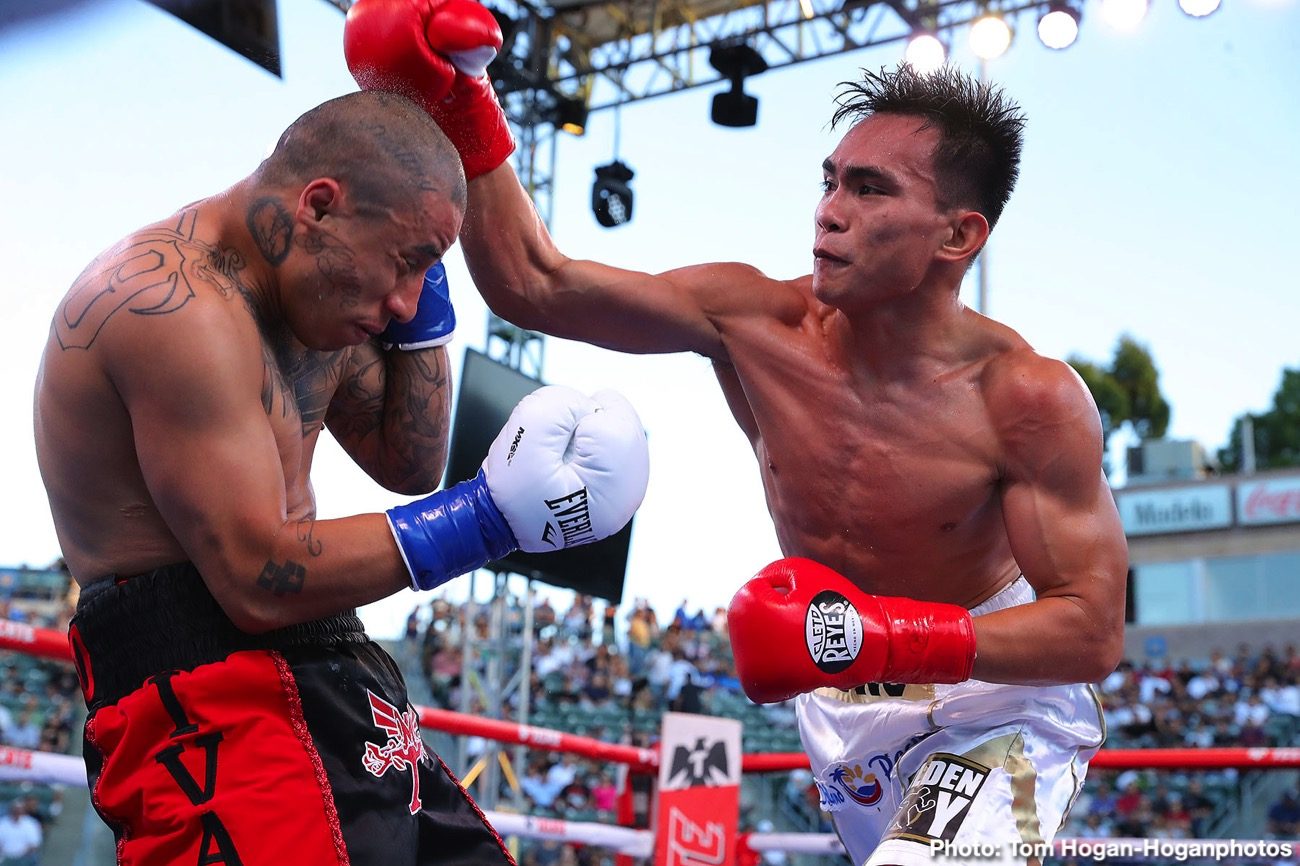 There’s talk that Golden Boy Promotions offered Duno as a replacement opponent for the 20-year-old Garcia to fight last Saturday, but his team failed to take the fight. Garcia denies being offered the fight. Garcia said he wanted the fight after his scheduled opponent Avery Sparrow was arrested, and unable to face him. Ryan had already made weight, and was ready to go.

“I hope so,” said Duno when asked if the fight with Ryan Garcia will happen. “And, I know Ryan Garcia is not scared of me. I know Ryan is a fighter too. That’s why maybe he needs time to think about it. If Golden Boy gives me that fight, I will fight. Tell me what time and what date, and I will fight. They said Ryan’s opponent was arrested and they asked, ‘would you like to have a fight with Ryan?’. I said, ‘Yes, of course.’ I was expecting a response, but maybe next time we’ll arrange the match between me and him. He’s trying to have a big fight, and a big card. Maybe soon we’ll settle it. Ryan is a good boxer,” said Duno.

“That’s why I was expecting a tough fight against him,” said Duno. “Our dream match will become a top fight because of us. I know Ryan is a good boxer, and has the heart of a champion, but I always want to win a match. That’s why I’m not giving up every time I fight. If Ryan Garcia wants to fight me, he’ll sign the contract before I leave LA. Ryan Garcia is a good boxer. I will have a hard time to win in our next coming fight maybe. I was ready [to fight Ryan]. Filipino boxer doesn’t need to prepare, because we’re always prepared,” said Duno.

The fact that the fight didn’t take place might be a good thing for Garcia, because Duno looked sensational in destroying Ivan Delgado in 7 round last Saturday night at the Dignity Health Sports Park, in Carson, California.

“Now that got another win on my record I am calling out Ryan Garcia,” said Duno via Fight News. “Mexicans are warriors. Show them you’re not scared of fighting anyone. I respect you. You’re good. That’s why I want to fight you!”