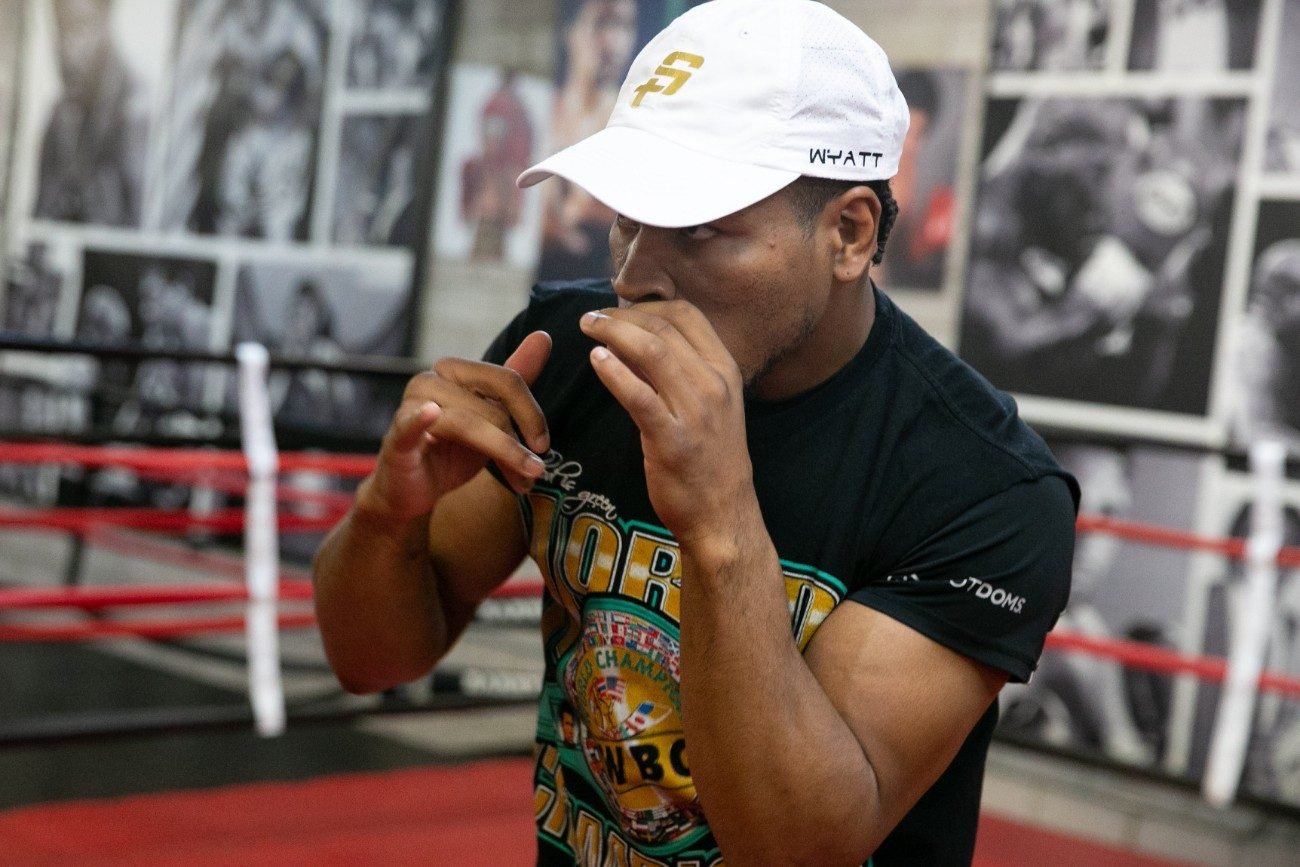 By Allan Fox: Shawn Porter (30-2-1, 17 KOs) says he wants to create stress with Errol Spence Jr. (25-0, 21 KOs) on September 28th, and get him to come unglued mentally inside the ring. WBC welterweight champion Porter faces IBF champion Spence on Fox Sports Pay-Per-View at the Staples Center, in Los Angeles, California. Spence losing his cool may be the only chance Porter has in the fight, because if he’s mentally in control, he’ll out-box him like he did Mikey Garcia.

Porter has never seen Spence look “uncool” inside the ring, but he’s witnessed him have problems outside of the ring. Porter wants to put it on Spence, and get him to stop thinking logically inside the ring. If Spence starts brawling in an out of control manner, it gives Porter a shot at winning the fight.

“You’ve got to feel me, and I’m going to do whatever it takes for me to make you feel me,” said Porter to Fighthype about Spence. “Whether we’re sitting across the table from one another or standing up at the podium, I still need you to feel me. When I was in LA trying to hype up the crowd, I still wanted him to feel how excited I was, and how much I wanted this opportunity. I don’t take anything away from him, and his demeanor or who he is as a person.

“At some point you’re going to need to separate yourself from everyone else and get the job done, and that’s what I’ve done, and that’s what I continue to do. I learned from watching him in his promotion with Mikey Garcia, and his fight with Mikey Garcia, that he can’t get outside of himself…An uncool Errol Spence is something I’ve never seen before. You’re all about to witness that. I’ve seen it. Not in the ring; outside the ring. I don’t look at the betting odds,” said Porter.

The difficult for Porter is to get Spence fighting wild, and angry without getting knocked out. That’s the toughest hurdle Porter has in front of him. He might be able to upset Spence, but what’s the point if he gets caught with one of his heavy shots and stopped. Porter’s fighting is made to order for Spence, who likes when his opponents brawl with him. If Porter had more size, he could box Spence from the outside, but that’s not feasible. He’s too short.

Porter says his experience gives him advantage over Spence

“As far as I know, they’re not good or not good for the people betting on Errol Spence,” said Porter. “Take your pick. It’s a great opportunity for a lot of people out there, and it says something that I’ve always known. I’m doubted, and I’m not expected to do A-B-C-D all the way to Z. That’s when I’m at my best. My experience is definitely something I have as an advantage over him. I’ve been in some really tough fights, and I’ve been through a lot of adversity inside and outside of the ring.

“Just speaking inside of the ring. I think I’m more experienced inside of the ring, and I’ve been able to prove some things about myself. He’s never been able to do that. The ones that are successful are able to fight through it. He hasn’t had to fight through it against someone like me. It’s a whole combination of it all. I’d rather just shock the world than just talk about it,” said Porter.

The anticipation is building and fans are tuning in – last Saturday night’s PBC FIGHT CAMP was the most-watched in 2019. pic.twitter.com/lZUEX1nDgH

Porter does have excellent experience in his fights with Yordenis Ugas, Keith Thurman, Paulie Malignaggi, Danny Garcia, Adrian Granados, Adrien Broner, Kell Brook, Devon Alexander and Andre Berto. But Porter lost to Brook and Thurman, and he should have lost to Ugas in the eyes of a lot of boxing fans.  Spence beat Brook, and he would likely defeat everyone that Porter has ever fought. So the experience that Porter has is nice, but it doesn’t necessarily equate to him beating Spence.