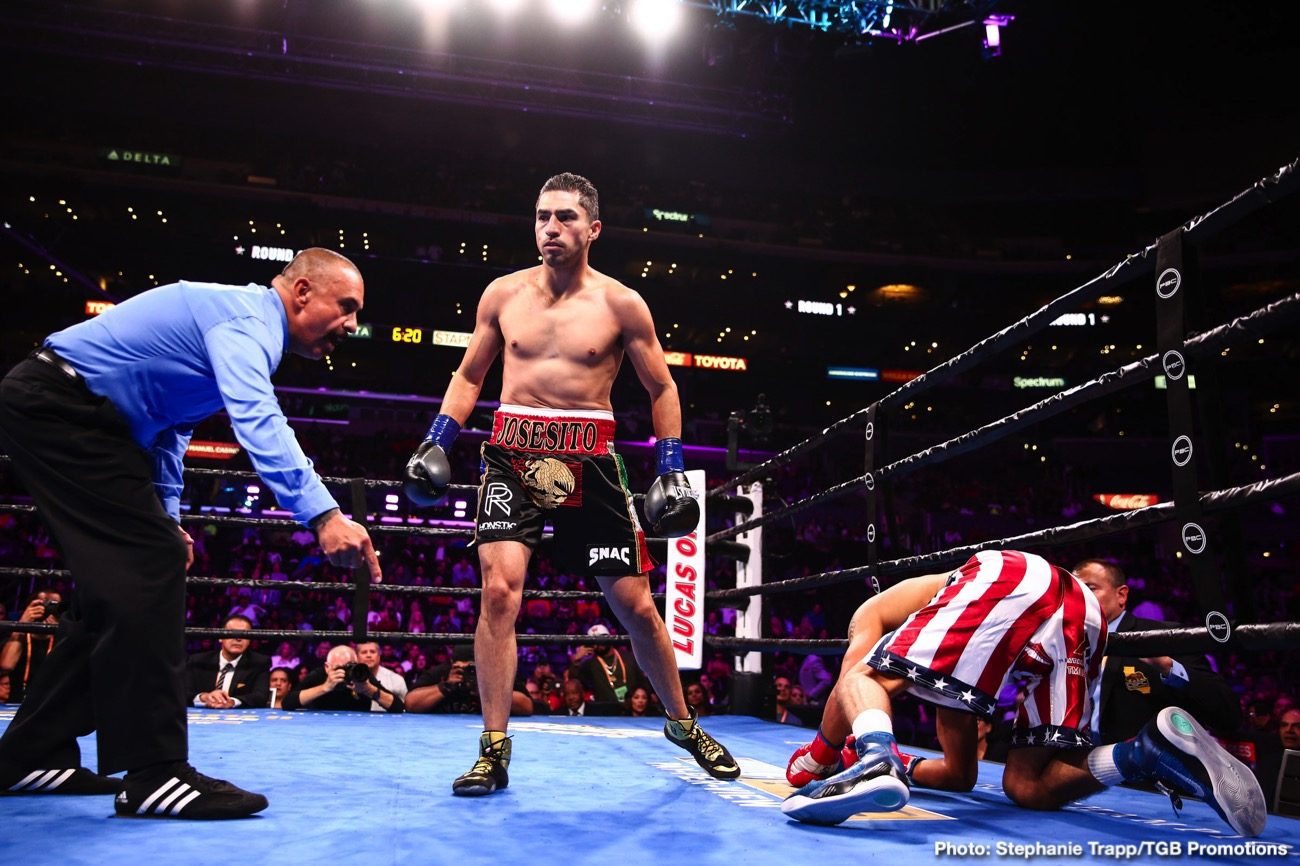 The opening bout of the Spence / Porter pay-per-view saw Josesito “The Riverside Rocky” Lopez (37-8, 20 KOs) knock out John Molina Jr. (30-9, 24 KOs) in the eighth round of their welterweight fight.

“We both carry power in our hands so it wasn’t a surprise someone went down,” said Lopez. “It easily could have happened to me with the power he has. I was able to catch him early, find openings and get the finish.”

Lopez landed a critical blow on his first punch of the night, snapping off an overhand right that connected flush with Molina and put him on the canvas early in the first round. Lopez was patient following up and eventually landed a vicious body shot that put Molina down for the second time in the round.

Molina was able to rise to his feet and make it to the second round, and showed flashes that he might be able to change the tide of the fight. He slowed Lopez’s attack down in round two with a vicious combination of right and left hooks to the head.

“You can never take the fight out of a fighter,” said Molina. “I have a never say die attitude and I have my whole career. It was a tough fight, but the better man won tonight.”

“I knew he wasn’t going to quit,” said Lopez. “He’s a warrior. I had to keep on the pressure. I was thinking that hopefully the ref and the team made the right call to finish it at the right time.”

Lopez stayed patient however and jabbed while looking to set up the right hand that had knocked Molina down in the first. In round seven Lopez broke through again, this time landing a perfect straight right hand that put Molia on the canvas late in the round.

After a long look from the ringside physician and his own corner, Molina tried to take his chance at a fight-changing punch in the eighth round. Early in the round, Lopez was able to land several big power shots that prompted referee Ray Corona to stop the bout 39 seconds into the round.

“I wanted to keep going at the end,” said Molina. “I thought I was still coherent and could still move well. But you can’t go against what the referees say.”

“There’s a lot more ‘Riverside Rocky’ left,” said Lopez. “Robert Garcia has turned my career around. I’m a race car and like NASCAR, I’ve got a whole team behind me. I’m a top 10-level fighter. I’m going to give any fighter and any world champion a run for their money. I want memorable fights and I want the best.”