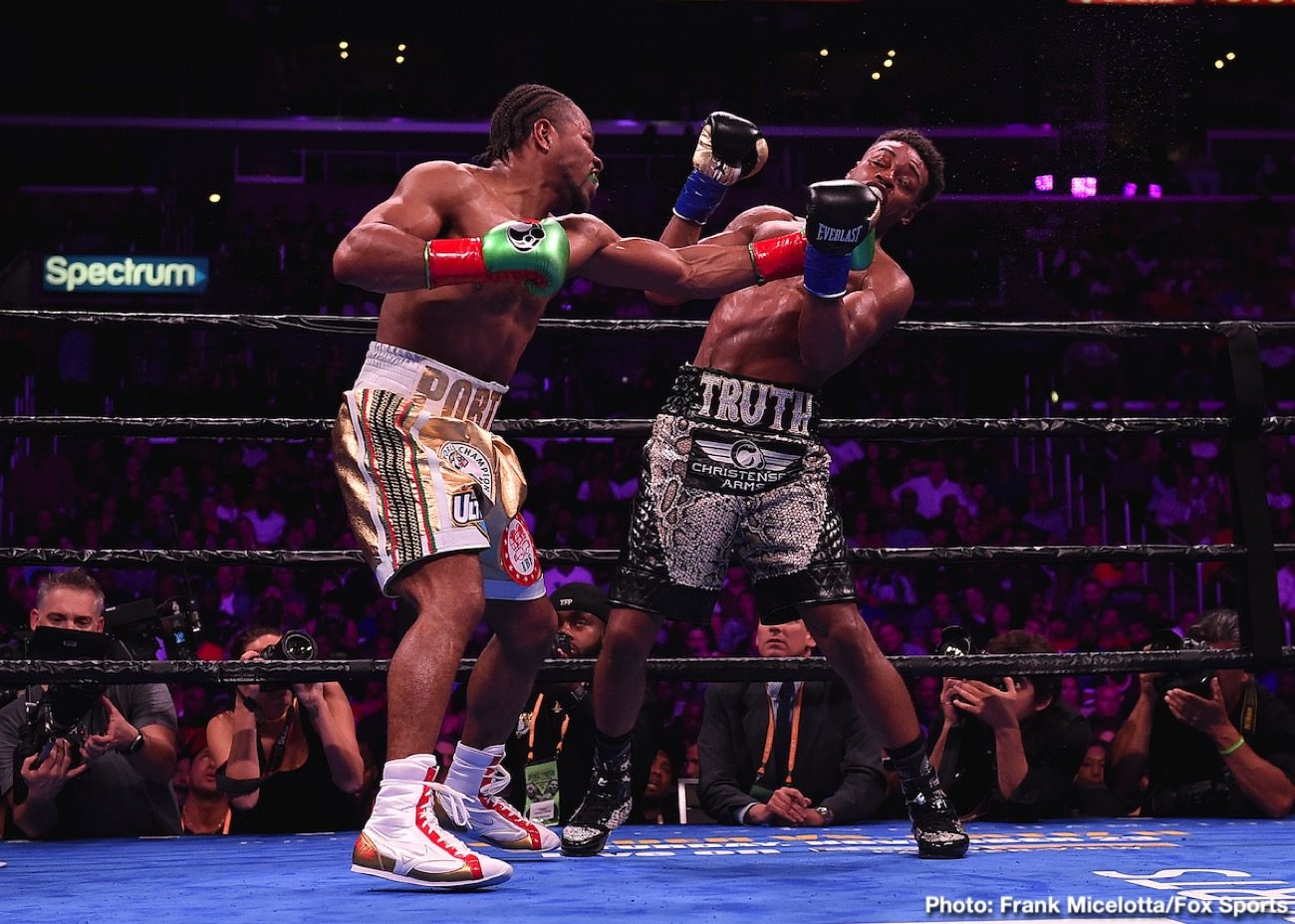 By Mark Eisner: IBF welterweight champion Errol Spence (26-0, 21 KOs) got off to a slow start but was able to come on strong in the second half the fight to defeat WBC 147-lb champion Shawn Porter (30-3-1, 17 KOs) by a 12 round split decision on Saturday night at the Staples Center in Los Angeles, California.

Spence’s accuracy and power a key to his win

The judges’ scores were 116-111, 116-111 Spence, and 115-112 for Porter. Boxing News 24 had Spence winning 116-111. However, many of the rounds were close, and they could gone either way. Spence’s harder shots and superior accuracy was obviously telling factor in the fight. Additionally, Spence came through with a booming knockdown of Porter in round 11 which proved to be the clincher in the fight. Up until then, the outcome was in doubt, but Spence changed everything with his knockdown of Porter. In the 12th, Porter fought out of control, and was picked off by Spence’s perfectly placed shots.

“He’s a rough, awkward fighter. He’s rough and rugged and be always come to fight. He was strong. I’m a bigger, stronger welterweight,” said Spence after the fight.

This could have been a very, very easy fight for Spence if he chosen to box Porter like he did in his recent win over Mikey Garcia last March. Spence chose to fight Porter’s brawling, roughhouse style of fighting, and that led to him struggling. But in the end, Spence proved that he’s a bit better than Porter at his own game.

Obviously, Spence shouldn’t make a habit of fighting like that, because he’s much better when he’s boxing his opponents like he did against Mikey. 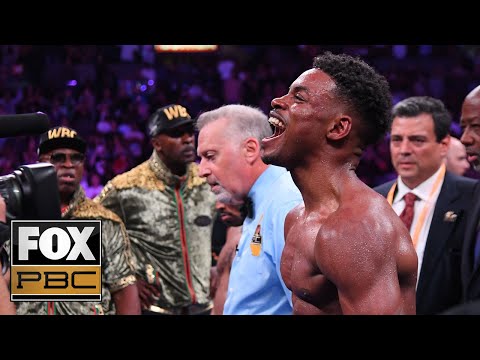 The fight was close enough for Porter to deserve a rematch with Spence. There would be a lot of boxing fans that would like to see them do it again. If Spence changes his fighting style to box Porter, it’ll be a one-sided fight next time. Spence is a much better fighter than Porter when he boxes. We saw glimpses of that in the 11th and 12th when Spence chose to box more. He took over the fight immediately, and closed the show in an impressive fashion.

If Spence doesn’t give Porter a rematch, a good fight for Shawn would be Yordenis Ugas. Porter beat Ugas by a controversial decision earlier this year, and it looked like he was given a gift. Ugas appeared to do a better job against Porter than Spence tonight. Porter likely isn’t going to get a fight against Manny Pacquiao, Danny Garcia or Keith Thurman off the back of this defeat. Those guys won’t want to fight Porter with him coming off of a defeat. There’s a good chance Ugas will fight Porter.

“Did you enjoy that? He’s a strong kid,” said Porter about Spence. “We both knew it would be a dogfight. I hope everyone enjoyed this. This is what we came for and what everyone came for.” 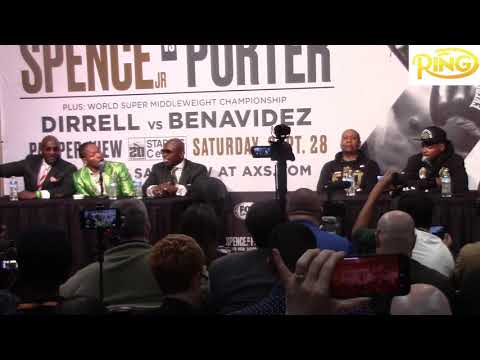 The fight was halted in the 9th round due to the badly bleeding 34-year-old Dirrell taking too much punishment from the younger 22-year-old Benavidez.  The time of the stoppage was at 1:39 of round 9.

Dirrell’s cut was the beginning of the end

‘The Dog’ Dirrell fought well in the first six rounds, but he gassed in the second half of the contest from the pressure Benavidez was putting on him. Further, in round six, Dirrell was cut over his right eye from a hard shot from the 6’2″ Benavidez. This was the same eye that Dirrell had suffered a cut in his previous fight against Avni Yildirim last February.

Twice during tonight’s fight, the referee stopped the action to have Dirrell’s eye checked out. It was clearly only a matter of time before the fight was stopped, because Dirrell couldn’t see the punches that Benavidez was throwing at him. Out of desperation, Dirrell turned southpaw to try and avoid the Benavidez’s punches hitting him in the right eye, but it was no use. Benavidez continued to target Dirrell’s cut. 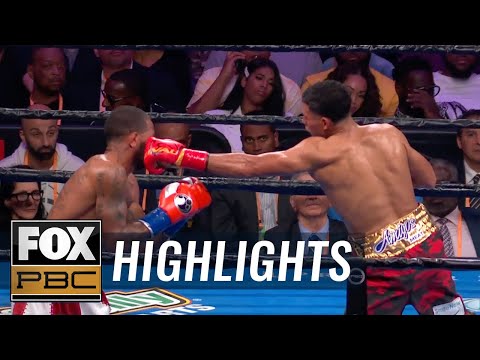 Barrios knocked Akhmedov down in rounds 4 and 12. Akhmedov, 28, was hurt from a right hand by Barrios in the 12th. Barrios attempted to finish Akhmedov off, but he was too tired.

With the win, Barrios holds the WBA ‘regular’ 140-lb title. It would be interesting to see him fight the winner of the World Boxing Super Series tournament between Regis Prograis and Josh Taylor. Barrios will have an awfully tough time attempting to beat either of those guys, as they’re on a different level talent-wise. They wouldn’t struggled to beat Akhmedov tonight the way Barrios did.

Lopez had too much power for Molina in dropping him twice in round 1 and then another time in 7 before the match was finally halted in the 8th round by referee Ray Corona. 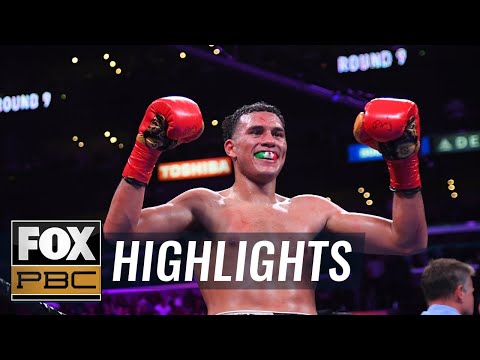 Lopez landed a lot of shots in rounds 2 through 8. Molina showed a lot of grit and determination in being able to take the punishment from Lopez. By the 8th, Molina was getting worked over something fierce by Lopez, and he needed saving.  This fight had mismatch written all over it the moment it was made, as Lopez had looked great in losing a 12 round majority decision to former World Boxing Association welterweight champion Keith ‘One Time’ Thurman earlier this year on January 26. That performance showed that Lopez has still got a lot in the tank at 35.

Lopez almost knocked Thurman out in the 7th round, but he was able to survive. In contrast, Molina came into the fight having lost 2 out of his last 3 fights in defeats against Omar Figueroa Jr. and Terence Crawford. The losses were one thing for Molina, but the inactivity was even more of a problem. Molina Jr. didn’t fight at all in 2018, and only had one fight in 2017. With the inactivity, Molina can’t be effective against top tier opposition. His age obviously doesn’t help.

Former two division world champion Robert ‘The Ghost’ Guerrero (36-6-1, 20 KOs) picked up his third consecutive victory in defeating Jerry Thomas (14-2-1 8 KOs) by a one-sided 10 round unanimous decision. The scores were 99-91, 98-92 and 99-91.  Guerrero, 36, was a much better fighter than the little known Thomas. Guerrero is capable of beating much better opposition than

‘The Ghost’ Guerrero was content to out-box Thomas through most of the fight. In the 9th, Thomas showed some life in landing some nice punches, but he lacked the power to hurt Guerrero. In the 10th, Guerrero went looking for a knockout, and landed some big shots that had Thomas looking miserable.

Overall, it wasn’t vintage Robert Guerrero that we saw tonight. He’s nowhere near the fighter that he was in 2006 when he was his best at featherweight. Guerrero isn’t cut out to be fighting in the 147 pound division. Although his 5’8″ height and his weight is that of a welterweight, he lacks the punching power to compete with the best in this weight class. He’s an old 36, and he’s not someone that is capable of hanging with the better contenders like Yordenis Ugas and Josesito Lopez.

Unbeaten middleweight prospect Joey Spencer (9-0, 7 KOs) made easy work of Travis Gambardella (5-1-2, 2KO) in defeating him by a 3rd round knockout.  Spencer, 19, knocked Gambardella down three times in the fight in dropping him once in the round 1, and twice more in round 2. 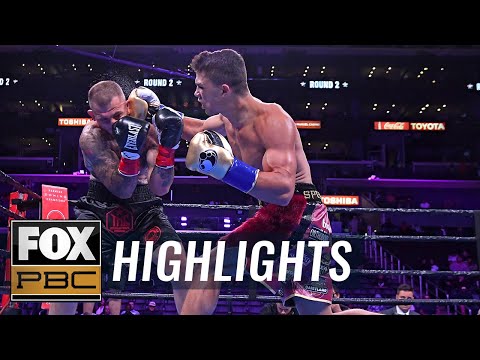