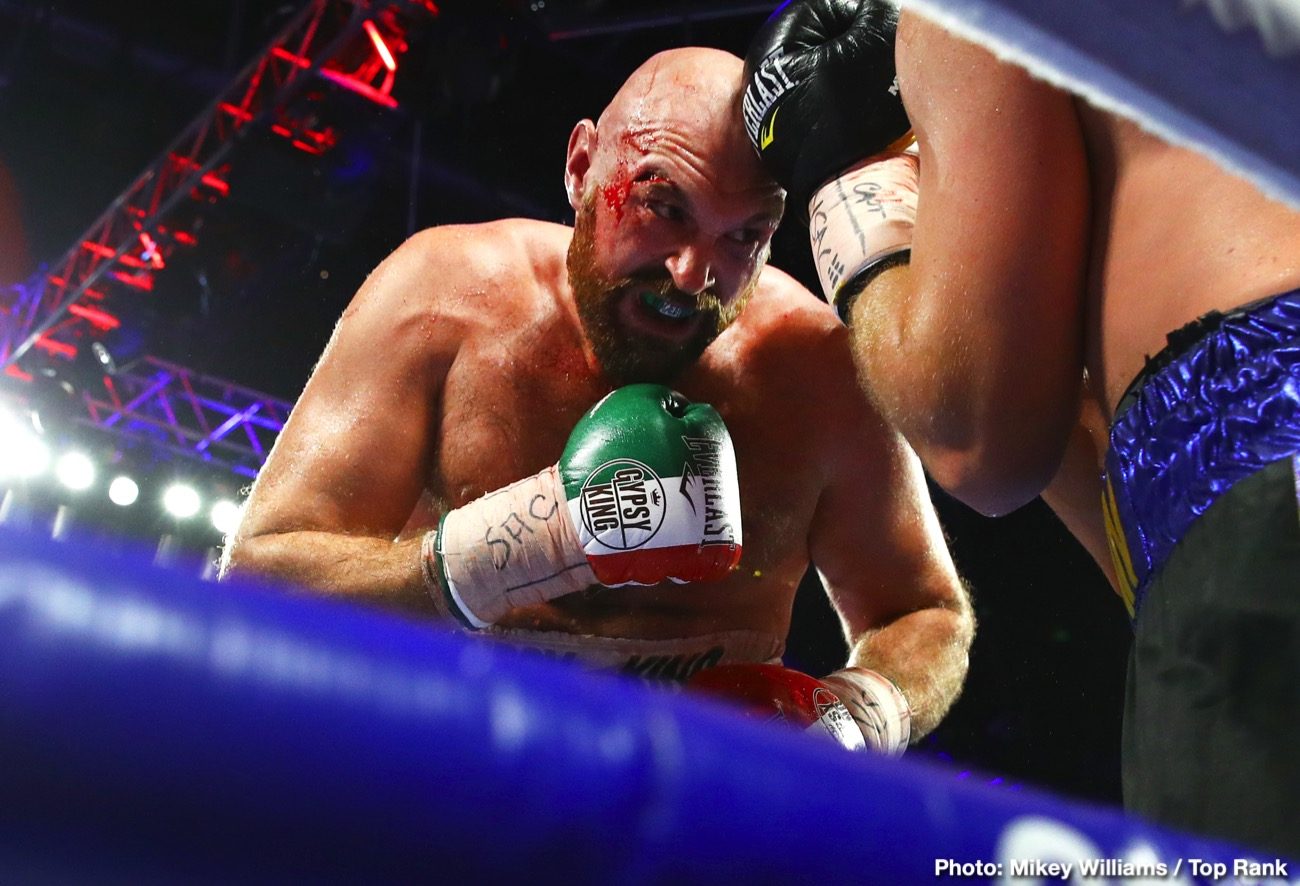 By Charles Brun: Otto Wallin and his promoter Dmitry Salita want a rematch with lineal heavyweight champion Tyson Fury in 2020 once he gets done with his second fight with WBC champion Deontay Wilder. The southpaw Salita has become a minor celebrity overnight with his fantastic performance against Fury in giving him the fight of his life. Wallin made a name for himself much like Andy Ruiz Jr. did with his upset win over Anthony Joshua.

Salita says Wallin will win the rematch, because he’s now familiar with Fury’s fighting style and knows how to beat him.  If Fury loses to Wilder in consecutive fights, it may not be worth it for Wallin to try and fight him again.

Fury would be going through the long and arduous restoration journey to try and resurrect his career. Signing two fights again Wilder is a crazy thing for Fury to do, because he could suffer back-to back knockout losses.

Fury (29-0-1, 20 KOs) beat the Swedish heavyweight by a 12 round unanimous decision a little over a week ago on September 14 at the T-Mobile Arena in Las Vegas, Nevada. Wallin and Salita didn’t agree with the wide scores that were handed down by the judges. Salita saw the fight as a draw, as did a lot of people.

Matchroom promoter Eddie Hearn says Fury would have lost the fight if it had taken place anywhere else in the world. He’s talking about the ringside doctor choosing not to stop the fight after Fury suffered a frightful cut over his right eye in the third. Wilder described Fury’s appearance as someone with two faces with one half of his face covered with blood, and the other sweaty.

“Otto would be much better in the rematch,” said Salita to skysports.com. “He is going to get busy and now he is comfortable with Fury’s style. I strongly believe Otto wins the rematch! I think it could have been a draw, at most 7-5 Tyson.”

Wallin will need to wait in line for a chance to fight Fury again, because the 6’9″ lineal heavyweight champion is booked for two consecutive fights against Wilder in 2020. If Fury wins those fights, he’s going to be going after the winner of the Anthony Joshua vs. Andy Ruiz Jr.

There will be other options for Fury if the Joshua vs. Ruiz winner is stuck dealing with mandatory challengers Kubrat Pulev and Oleksandr Usyk. More than likely, Wallin won’t get a rematch with Fury unless he starts winning again, and is still around in two or three years. Fury won’t want to take a second fight with Wallin, given how difficult he proved to be.

🗣”Any other country in the world, I think they would have stopped the fight.” 👀@EddieHearn has his say on Tyson Fury’s victory over Otto Wallin pic.twitter.com/lZzeaxMUZD

This is the second time that Fury has lucked out with the officiating for a tough fight in the last year. The ringside doctor could have and arguably should have stopped the Fury-Wallin fight due to the bad cut in the third that Tyson suffered. In Fury’s fight with Wilder last December, Fury was knocked out briefly in the 12th. The referee could have stopped it due to Fury appearing to be knocked out, but he didn’t. He gave him a count.