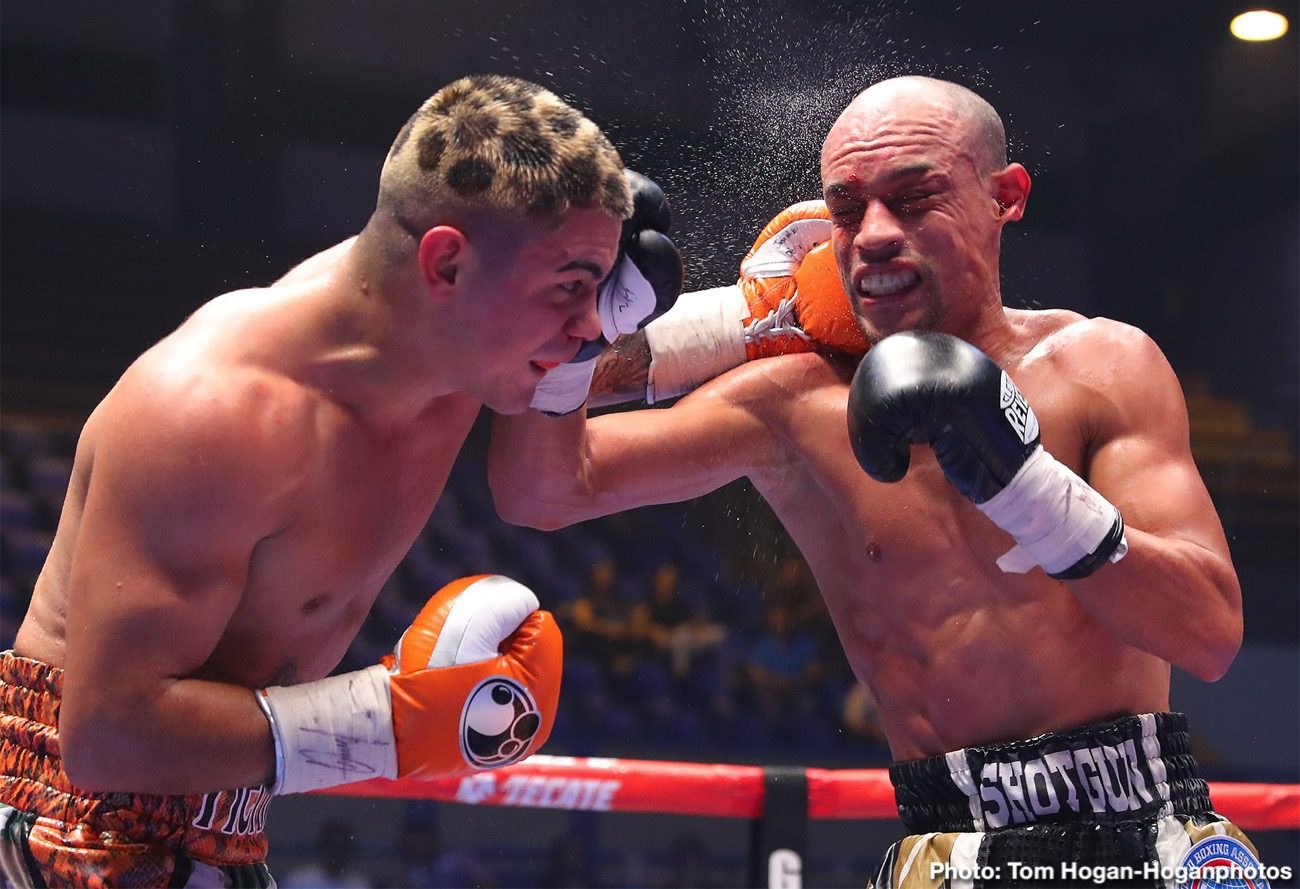 This was not the type of performance the 2012 Olympian “Jo Jo” Diaz needed to get boxing fans excited about seeing him challenge IBF 130-lb champion Tevin Farmer. Diaz, 26, needed an impressive performance, but he couldn’t do it against the crafty fringe contender Cuadro.

The challenger forced him into a boxing match that minimized his power game. In his next fight, Diaz will be facing Farmer in December for his IBF super featherweight title.

There wasn’t any sign of improvement in Diaz’s game since his one-sided 12 round unanimous decision loss to WBC super featherweight champion Gary Russell Jr. on May 19 last year. Diaz Jr. did win his fourth consecutive fight last night against Cuadro, but it wasn’t overly impressive effort.

The lack of hand speed, and the slow pace that Diaz Jr. fought at isn’t what one wanted to see from him. The good news is Tevin Farmer isn’t a super speedy puncher like Russell Jr. Farmer doesn’t possess that kind of hand speed, so Diaz Jr. might be fine as long as he takes the fight to him. Diaz won’t beat Farmer i a boxing match.

“Now, I want Tevin Farmer. Let’s get the show on the road. Whether in November or December, let’s do it,” said Joseph Diaz Jr. after his win over Cuadro. “This was my first time fighting in Mexicali, and I want to thank everyone for the support. This was a good test and a warm-up for the next one. I hurt my left hand early in the fight by hitting Cuadro in the elbow. That’s why I didn’t want to take too many risks and make things worse. Either way, I still showed that I’m a fighter who can box, attack and defend,” said Diaz Jr.

Got the job done tonight! Glad I was able to fight still in September for all my fans. Thank you all for the support taking 2 weeks off. @TevinFarmer22 I’ll see you in December