Gervonta Davis vs. Yuriorkis Gamboa in the works for Showtime 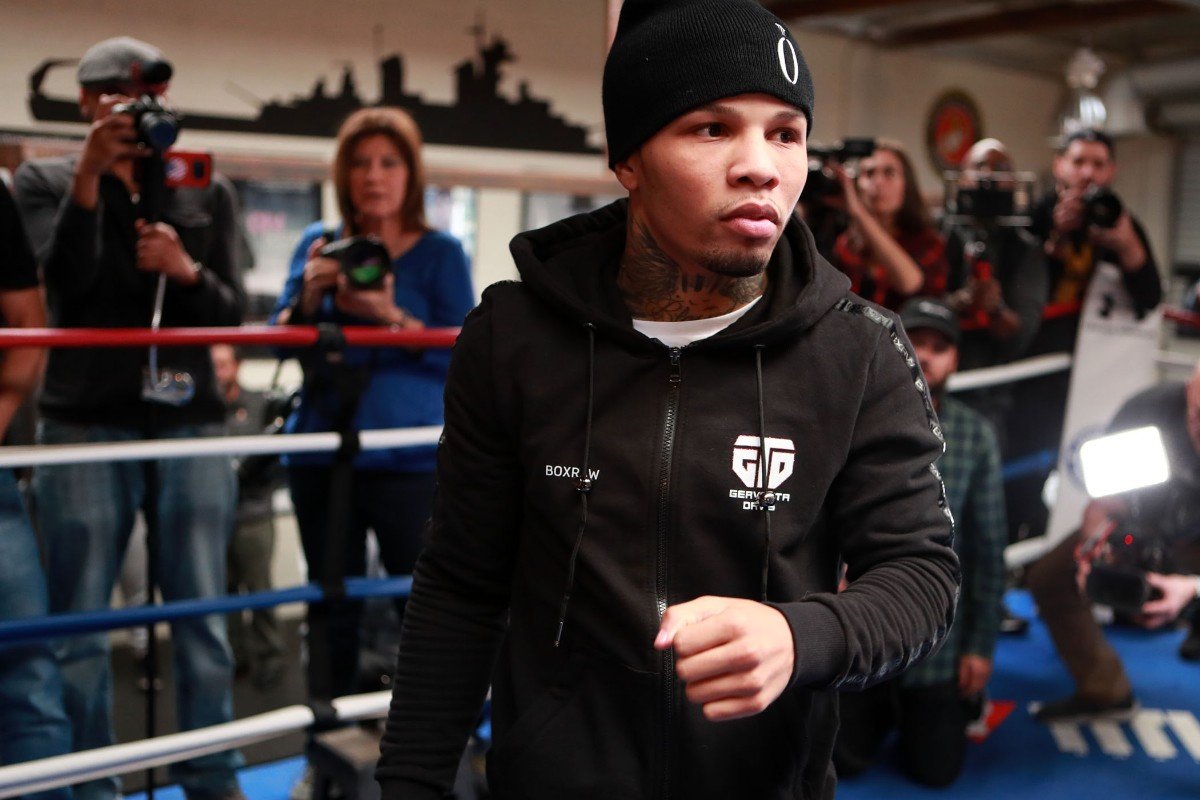 By Kenneth Friedman: Gervonta ‘Tank’ Davis (22-0, 21 KOs) could be facing former WBA featherweight champion Yuriorkis Gamboa (30-2, 18 KOs) in his debut at lightweight, according to Mike Coppinger. A deal is in the works for Tank Davis to take on the 2004 Olympic gold medalist Gamboa at 135. Davis-Gamboa will be a headline fight on Showtime if it gets made.

Davis, 24, vacated his WBA super featherweight title last weekend, and is moving up to 135 to campaign at that weight. Gervonta needs a name opponent for him to continue to increase his popularity with the casual and hardcore boxing fans, and Gamboa can help in that department. Gamboa has been one of the most popular fighters in the last 10 years in the lighter weight classes fro 126 to 130.

Gamboa has a similar stocky build as Gervonta, and packs a lot of the same punching power. He might be a little more technical than Davis though, and that’s one area that separates them.

Obviously, the Cuban talent isn’t the same guy he was 12 years ago when he first turned pro in 2007. Gamboa still has his punching power, and technical skills intact at 37. What he’s lost is some of his hand speed, and his reflexes aren’t as sharp as they once were. Early in Gamboa’s career, he was compared to Mike Tyson with the way he was destroying everyone. With his blistering hand speed, and huge power, Gamboa was destroying his opposition at featherweight. Gamboa wasn’t as dominating when he moved up in weight.

Gervonta Davis vs. Yuriorkis Gamboa will get a lot of attention from fans

This is an excellent choice by Mayweather Promotions to match Tank Davis against Gamboa in his first fight. Out of all the top lightweights in the division right now, Gamboa is arguably just below Vasiliy Lomachenko as being the most recognizable fighter.

Gamboa  has won his last four fights since losing a disappointing 7th round technical decision to Robinson Castellanos (24-14, 14 KOs) in May 2017. It’s generally agreed that Gamboa wasn’t at his best for the Castellanos fight, and wasn’t expecting the match to be that tough. It’s quite possible that Gamboa would beat Castellanos in a rematch. Castellanos has done zero since pulling off a career best win over Gamboa. In his last two fights, the Mexican fighter has lost to Shavkatdzhon Rakhimov and Jezzrel Corrales. Those fights showed that his win over Gamboa was a fluke thing.

Sosa is a highly ranked super featherweight, and former world champion. Gamboa handled him with ease in winning a 10 round decision in 2017.  Gamboa’s only true loss in his career against a guy that was too good was his 9th round knockout defeat to Terence Crawford in June 2014. That was a huge size mismatch for Gamboa in fighting the much bigger Crawford.