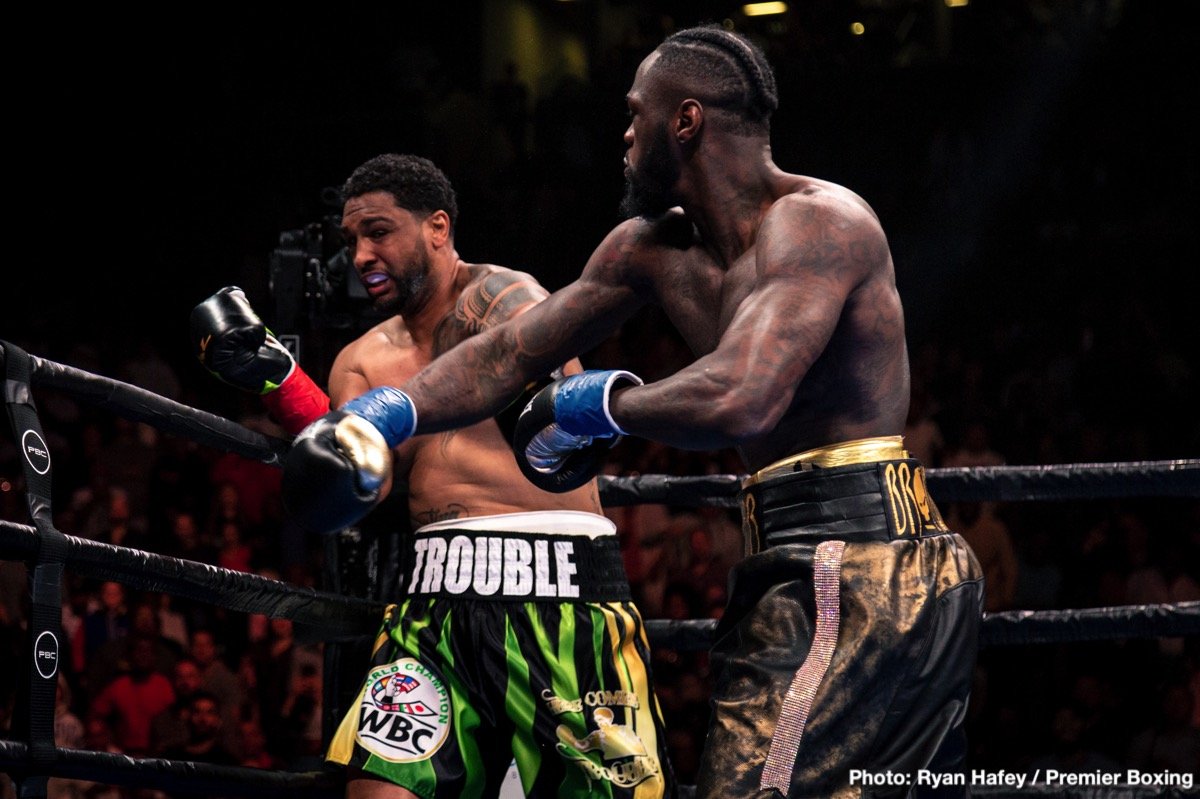 The cut required 47 stitches to close after the fight. So the question is should Fury still face Wilder on their scheduled February 22 date? Fury’s promote Bob Arum of Top Rank still wants him to take the fight, but he regret it if he does. If the cut opens up, Fury will be fighting with one eye. It doesn’t matter how many jars of Vaseline his cutman Jorge Capetillo cakes onto the cut, it’s going to bleed massively. Fury might not see one of Wilder’s big right hand shots until it’s too late.

“I’m glad he won. When you go in the ring anything can happen,” said Bruno to IFL TV about Fury’s fight last weekend. “You get a cut. He got 12 rounds under his belt, and got cut. He’ll be out for two or three months, and hopefully the surgeon will do a good job and get back to business again. The cuts more important.

The guy won’t run away. Deontay Wilder won’t run away at all. He’ll be coming forward. He’s got to look after his eye, and look after his health, and get fixed properly and on track again. Three years, lose 11 stone with what he had to go through,” said Bruno about Fury’s time out of the ring. “He went through a nightmare, and went through a lot, especially with his mental health,” said Bruno.

If the payday for Fury is the ultimate goal for him, and his promoters at Top Rank, then he should face Wilder on February 22. The fight will make a lot of money, and Fury can live well even if he gets smashed to bits by Wilder. This isn’t to say that Fury still can’t win. He might be able to out-box Wilder like he did last December, and win a 12 round decision. But putting Fury in there with a dangerous puncher like Wilder, he could get badly hurt.

“I think he’s up there,” said Bruno when asked if he thinks Fury is #1 in the world. “Anthony Joshua got tripped up against Ruiz. Things happen. Dillian Whyte, with what’s happened with that. Hopefully he pulls through with that. I hope everything ties up, because there are good fights there. But Tyson Fury is an old school [fighter] His dad took him to Emanuel Steward in America to get seasoned. He’s a dangerous guy, and so is Anthony Joshua a dangerous guy. So is Dillian Whyte a dangerous guy, and [Dereck] Chisora. They’re all dangerous, and big lumps,” said Bruno.