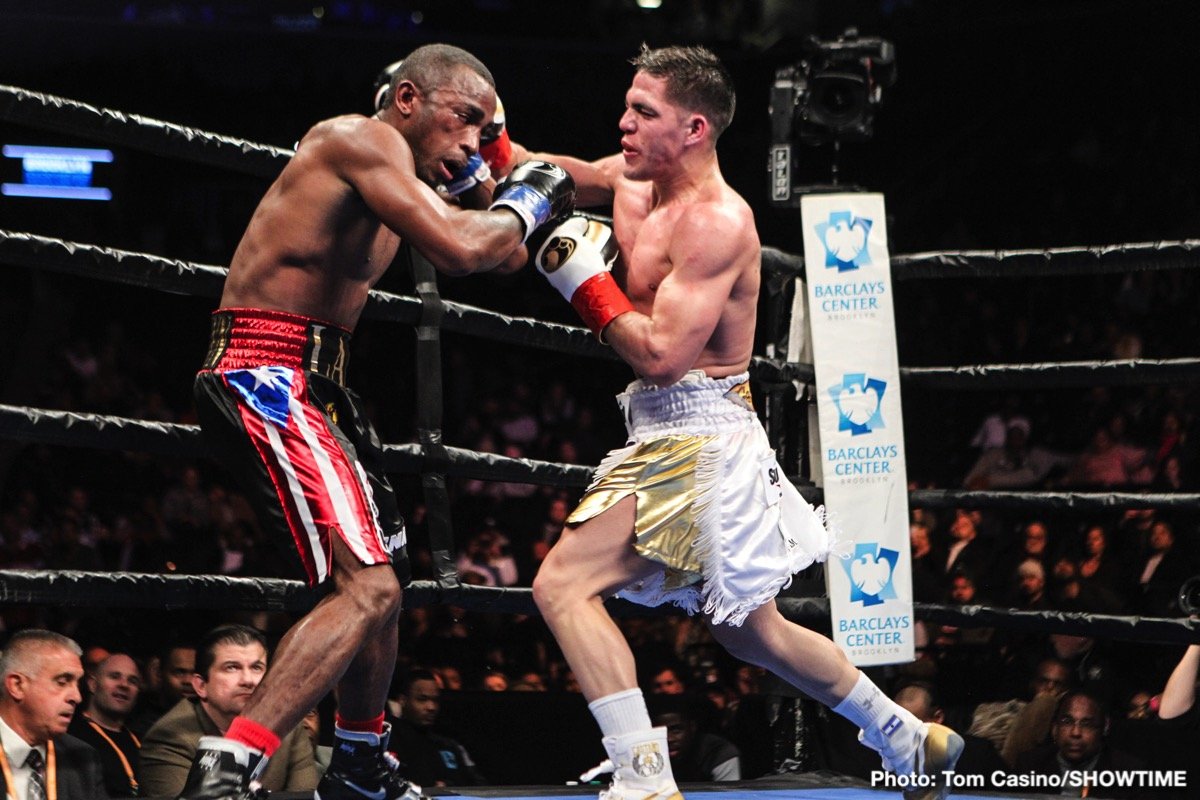 Tickets for the event, which is promoted by TGB Promotions, go on sale Thursday, September 26 at 12 p.m. ET and can be purchased by visiting www.mgmnationalharbor.com/.

“Saturday, November 2 promises to be a can’t-miss night with two 50-50 fights that guarantee action as long as they last,” said Tom Brown, President of TGB Promotions. “The main event on FS1 and FOX Deportes will have an exciting unbeaten champion in Brian Carlos Castaño looking to climb back into championship contention against Wale Omotoso, who comes forward and refuses to relent every time he’s in the ring. Combined with the Fortuna vs. Cuellar fight, fans at MGM National Harbor aren’t going to want to leave their seats for a minute during this show.”

The 29-year-old Castaño (15-0-1, 11 KOs) won the interim WBA Super Welterweight Championship with a sixth-round KO victory over Emmanuel de Jesus in 2016 and successfully defended that title against Michel Soro before being elevated to the regular champion when he stopped Cedric Vitu in 2018. Fighting out of Buenos Aires, Argentina, Castaño most recently battled to a split-draw in an action packed showdown against current WBA Super Welterweight champion Erislandy Lara on March 2.

“I cannot wait to get into the ring again and show I’m one of the best fighters in this division,” said Castaño. “I believe I should still be holding my title, and that makes me feel even more motivated to beat a tough opponent like Omotoso. He’s a straight forward fighter that takes every fight to you and has never been knocked out. I know I have to prove myself in this fight in order to get back to the world title.”

Born in Lagos, Nigeria and now living in Los Angeles, Omotoso (28-4, 22 KOs) is nicknamed “Lucky Boy” but when he steps into the ring, chance has little to do with the outcome. The 34-year-old most recently scored a dominant knockout over longtime contender Curtis Stevens on FOX in August, in just his third fight at 154-pounds. A veteran who has gone the distance against then unbeaten fighters in his only four defeats, Omotoso will look to put himself in position to fight for a world title with a career-best win on November 2.

“I’m very excited for this fight against a great opponent who is always in exciting fights like me,” said Omotoso. “None of the welterweights wanted to fight me because I’m too dangerous, so now I’m on my way to fighting the best at 154-pounds. I feel stronger and more solid in my base at this weight. I know that I’m going to have to be at my best against Castaño and do what I know how to do.”

The 30-year-old Fortuna (34-2-1, 23 KOs) is coming off a unanimous decision victory over veteran contender Sharif Bogere on Feb. 9. Fortuna won a featherweight world championship with a unanimous decision over Bryan Vasquez in 2015 before losing the title in 2016 against Jason Sosa. Originally from La Romana, Dominican Republic and now living in Braintree, Massachusetts, Fortuna enters this fight the winner of five of his last six contests.

“Cuellar knows that he can’t beat me and knows he didn’t want to take this fight,” said Fortuna. “I’m a real fighter and I bring it every time in the ring. I hope he at least shows up on fight night to take his beating with no excuses.”

Cuellar (29-3, 22 KOs), who also hails from Buenos Aires, Argentina like Castaño, won an interim featherweight title by defeating Claudio Marrero in 2013 and defended it three times before being elevated to world champion with a knockout victory over Vic Darchinyan in 2015. He dropped the title the next year with a split decision loss to Abner Mares and before moving up in weight and losing in a super featherweight championship match against Gervonta Davis in 2017. The 33-year-old Cuellar is seeking to get back into the world title picture after most recently scoring a knockout victory over Carlos Padilla on March 9.

“I’m thrilled to be facing Fortuna because we were supposed to fight back 2013 but it didn’t end up happening,” said Cuellar. “When we were both training in Oxnard we traded some words and there was no love lost. Now, I’m excited to settle everything in the ring on November 2.”


« WBC will define Lomachenko vs. Haney situation next month at convention