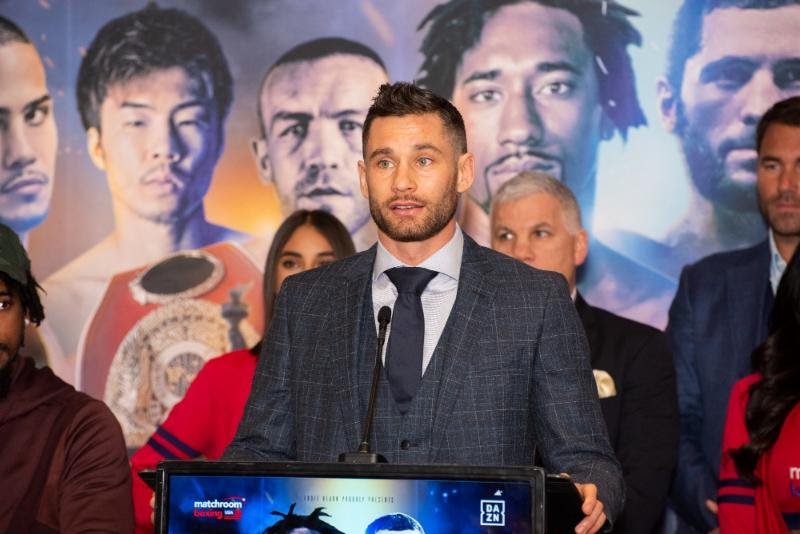 By Dean Berman: Chris Algieri thinks Shawn Porter (30-2-1, 17 KOs) won’t be an easy victory for IBF welterweight champion Errol Spence Jr. (24-0, 21 KOs) this month in their fight on September 28. Spence’s ability to be both physical and highly technical makes him a bad match-up for WBC welterweight champion Porter, according to Algieri.

He doubts that Porter will have success with his physical style of fighting against a Spence. Unless Porter has another game plan that he can fall back on, he’s going to lose. Porter, 31, doesn’t have doesn’t have a lot of options for another style of fighting. He lacks the outside game to compete with the taller, longer Spence, and he’s not a big enough puncher to win a war.

Spence-Porter will be fighting on Fox Sports Pay-Per-View on September 28 at the Staples Center in Los, Angles, California. WBC super middleweight champion Anthony Dirrell will be defending against David Benavidez in the co-feature bout on the card.

Spence’s ability to maintain range will be obstacle for Porter

“Shawn is a hard fight for anybody,” said Algieri to Fighthub in talking about the Spence vs. Porter fight. “It doesn’t matter who you are. He’s a hard out for anybody in the welterweight division. He’s super fit, he’s very strong, and he’s very physical. And he’s very aggressive, and he can do it for 12 rounds. So he’s going to give anybody problems. But the style match-up for me is going to be tough for Porter, because of Spence’s ability to change range, and his ability to keep range, judge range, and his in and out is really good.

“It’s similar to what Kell Brook was able to do against Shawn Porter. He controlled the range in the fight, and that was really important. He was strong enough to keep Shawn off of him, and that the same time he was able to hit him on the way in. I think with Spence, we’re going to see a lot of the same. Plus, he’s got that body attack, so I’m leaning towards Spence in that one,” said Algieri.

Spence has a three inch reach advantage in this fight, and that gives him the ability to keep Porter at range if he needs to. Where that could come in handy for Spence is if Porter starts fighting physical, and head-butts him repeatedly. In Porter’s fights against Andre Berto and Paulie Malignaggi, he made those fighters miserable with the way he bumped into them head-first.

Both of them looked helpless to keep Porter off, and they ended up losing. Porter might have had problems with Berto and Malignaggi if he didn’t utilize his physical game. Spence has the ability to be physical too, and he’s an excellent body puncher. If Porter takes it to the inside, he’ll be getting hit with hard body shots that he’s not accustomed to absorbing.

“We definitely can, but I don’t see it,” said Algieri when asked if there could be a stoppage in the Spence-Porter fight. “I think Shawn has a good enough chin, and it’ll take a lot to wear him down. Spence isn’t a one-punch guy. He wears you down, and I think Shawn is durable enough. It could be. I think any Porter fight can be like that,” said Algieri when asked if the fight could go either way based on Porter’s activity. “Think of Danny Garcia, and the fight with Keith Thurman. Super high level guys, undefeated guys fighting each other, and it’s tit for tat, because he’s there. He’s there all the time or even the [Andre] Berto fight.

“The way he [Porter] was able to stay all over him, all over him. Berto couldn’t keep him off. I think Spence will have a little bit better ability to do that. He’s a lot more technical and fundamental than a lot of people think,” said Algieri when asked what Spence does technically that makes him hard to beat. “He showed that in the Mikey Garcia fight. He boxed really well, and he’s a good boxer too. People forget that he’s an Olympian, and he has a high amateur background. We haven’t seen that a lot, because he’s so physically dominant as a welterweight. But I think now with these higher level welterweights, you’re starting to see more folds to his game,” said Algieri about Spence.

Spence will likely mix things up a bit by fighting on the inside and the outside against Porter. He’s not going to show just one look, and stay with that for the duration of the fight.

🗣@ShowtimeShawnP joins FOX NFL Sunday ahead of his fight next week against @ErrolSpenceJr to break down his opponent and talk Browns football 🥊 pic.twitter.com/lf9Vcds6Ti