Lewis: ‘Joshua is disturbed; I accept his apology’ 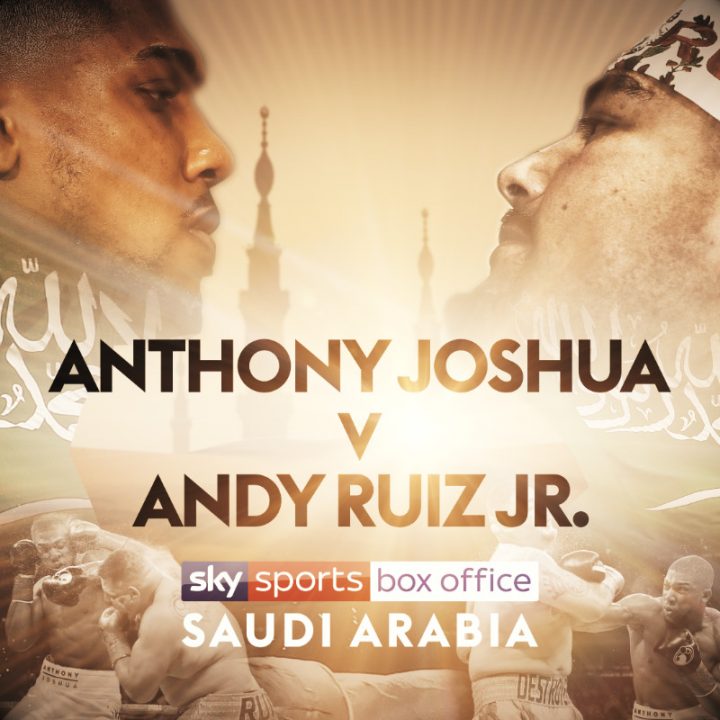 By Charles Brun: Lennox Lewis says the recently defeated Anthony Joshua is “disturbed” and in “distress” right now ahead of his December 7th rematch against IBF/WBA/WBO heavyweight champion Andy Ruiz Jr. Lewis says he accepts Joshua’s apology “ahead of time.” Joshua has got a lot of pressure on him right now with his career, and the need for him to improve his game to avoid getting knocked out again by Ruiz.

Joshua being a good guy his entire career has limited the amount of buzz that he creates for his fights, which have mostly been mismatches against guys that had no chance of beating him. Even the Ruiz was supposed to be a mismatch. Ruiz was picked at the #15 spot by Hearn as a replacement for another heavyweight that was over-matched in Jarrell ‘Big Baby’ Miller. Joshua could be adopting a character right now by turning into a heel in order to sell his rematch with Ruiz Jr. the U.S and UK boxing fans.

Trash talking the ultra-polite Lewis looks incredibly odd, because it’s so odd. The severity of Joshua’s attack on Lewis is way overboard for what he’s actually said about him. It looks very premeditated and planned out on Joshua’s part, and one can only think there’s a puppet-master [Eddie Hearn] pulling the strings behind the scenes in directing Joshua’s comments about Lewis.

If Joshua continues to go after different fighters or ex-fighters in a bizarre way up to the December 7 rematch with Ruiz, then you have to conclude this was all done to help sell his rematch. Floyd Mayweather Jr. and Conor McCregor sold their fight in 2017 by trash talking each other nonstop during the entire build up. It was never viewed as a competitive fight by knowledgeable boxing fans, but the casuals still bought the fight in high numbers due to the trash talking. Many of them regretted it afterwards when the match turned out to be a boring mismatch.

Is Hearn the one behind Joshua trash talking Lewis?

Lewis hints that Joshua’s promoter Eddie Hearn is the one behind AJ speaking out. Lennox thinks that it helps Hearn for him to react with trash talk. What Joshua is doing by starting a public beef with Lewis is creating more interest in his rematch with Ruiz Jr. So in a huge way, it does help Hearn that Joshua is talking bad about Lewis. The more Joshua levels criticism at Lewis the more it helps his December 7th rematch with Ruiz.

In an interview with Sky Sports, Joshua unloaded on Lewis, saying, “Lennox is a clown. I don’t respect Lennox. My legacy is to sit back and enjoy the younger generation coming up, and not to be involved. Just to appreciate what it takes to get there. Lennox isn’t like that. Me and Lennox are cut from a different cloth.”

Apparently, Joshua doesn’t care for the way that Lewis has been openly critical about how he went about trying to negotiate a fight with WBC heavyweight champion Deontay Wilder. Lewis has also made comments about Joshua needing to change trainers, because he’s been with the same guy Rob McCracken his entire career. In all the years that McCracken has been with Joshua, he failed to fix a lot of the weaknesses in his game. 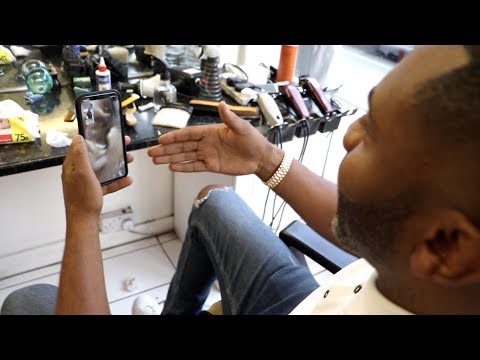 Lewis also said that Joshua needs take care of his mental problems. This comment from Lewis was more about Joshua’s issues with the Ruiz fight, and not a situation where he was implying that AJ is mentally ill. Lewis believes it’s not a good situation for Joshua to go straight into a rematch with Ruiz after being knocked out by him in the seventh round in his previous fight.

“He’s disturbed right now,” said Lewis to IFL TV about Joshua. “I’m not thinking about it, because these are things said out of distress. So I accept his apology ahead of time,” said Lewis.

Ruiz doesn’t seem interested in playing that part. He’s kind of adopted the Floyd Mayweather character in flaunting his riches on social media Ruiz has morphed into Mayweather in showing off his wealth. If Joshua is going to be the bad guy, it gives him a chance to rebuild himself as a new person. It’ll help attract boxing fans to make the long and expensive journey of traveling to Saudi Arabia to see the fight. It won’t be cheap for the average boxing fan, and they’ll need a good excuse to make that trek.

Lennox invites Joshua to call him to clarify comments

AJ has my number if he ever wants to clarify what is being said in the media or show me where im wrong about something. My doors remain open to him, but just know that disrespect is not answer to his frustrations. Gotta go catch a flight now. Bless!

Joshua can’t attack Lewis on his boxing career, because he accomplished a lot more than he has. Lewis fought better opposition, and was a lot sharper in his fights in the amateurs and the pro ranks. Joshua is a good fighter, but he’s only fought a small handful of good heavyweights since he turned pro.

Joshua’s best opponents he’s faced as a pro are these guys:

Joshua was hurt by Whyte, Klitschko, Takam, Povetkin and Ruiz. AJ could have lost all those fights if his opponents had turned up the heat long enough, and in a sustained manner the way Ruiz did.

Lewis fought these guys during his career:

WBSS bringing Regis Prograis back into tourney to face Josh Taylor on Oct.26 in London, England »