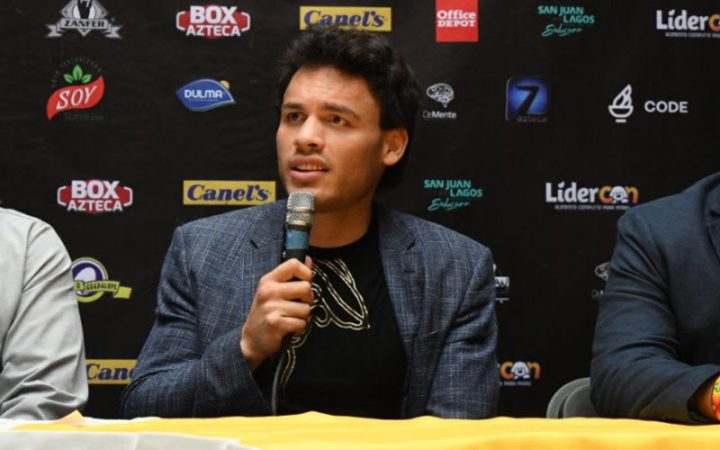 By Aragon Garcia: Julio Cesar Chavez Jr. is targeting Gennady Golovkin and Saul Canelo Alvarez for a fight at light heavyweight if they’re willing to face him in that weight class. Chavez Jr. wants to fight either of those popular fighters at light heavyweight, according to ESPN Deportes. For Canelo, 29, he’s already talking about wanting to challenge WBO 175 pound champion Sergey Kovalev later this year. If Canelo gets through Kovalev, perhaps he might be interested in facing the rejuvenated Chavez Jr. at that weight.

Chavez Jr. is looking like a completely different fighter at light heavyweight compared to the one that lost to Canelo  two years ago in 2017.  Canelo beat Chavez Jr. by a lopsided 12 round unanimous decision by the scores 120-108 x 3.

Chavez Jr. (51-3-1, 33 KOs) has finally found the right weight class for his body size in moving up 175. Last Saturday night, the 33-year-old former WBC middleweight champion Chavez Jr. crushed the hard hitting Evert Bravo (25-11-1, 19 KOs) in stopping him in round one at the Estadio Antonio R. Marquez, in San Juan de los Lagos, Mexico. Chavez Jr. halted Bravo with a left to the body.

The power that Chavez showed on his punches looked far better than it has for many years, and it seems that he’s found the right weight class now. For the last six years, Chavez Jr. has drained down to try and fight at 168, and he’s too big for that weight class. He was losing a lot of power in dehydrating to attempt to fight in that weight class.

Chavez Jr. may need to prove himself first before Canelo or GGG notice him

It’s a little early for Chavez to be calling out Canelo and Golovkin right now. Last Saturday’s fight for Chavez Jr. was his first in two years, and it wasn’t a good enough opponent for him to get the full attention of superstars like Canelo and Golovkin. Chavez Jr. probably needs to put together a nice winning streak against some of the top contenders at light heavyweight.

These would be some nice names for Chavez Jr. to fight at 175:

Those are all winnable fights for Chavez Jr. with the way he’s looking now. Chavez Jr. requires wins over name fighters for him to be taken seriously by the top dogs like Canelo Alvarez and Gennady. In the last six years, Chavez Jr. has a few too many off performances against Canelo, Sergio Martinez, Andrzej Fonfara, Brian Vera and Marcos Reyes. The inactivity has also hurt Chavez Jr. But the good news for Chavez Jr. is he’s still young enough to turn things around with his career.