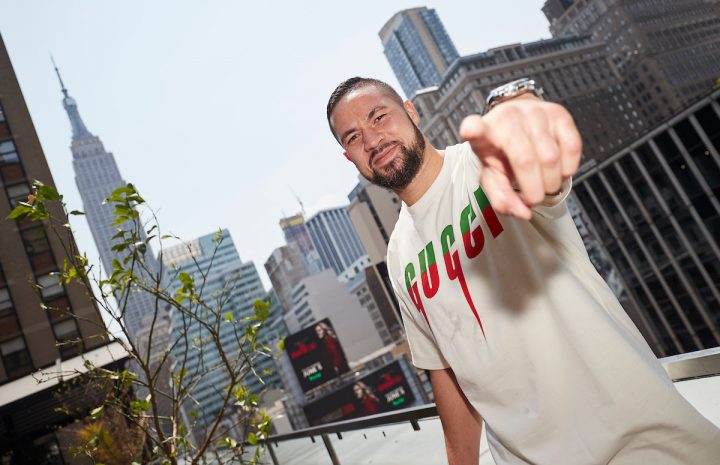 By Charles Brun: Former WBO heavyweight champion Joseph Parker (26-2, 20 KOs) is ready to come over to the UK, and battle the popular Dereck Chisora (31-9, 22 KOs) on October 26. Parker and his promoter David Higgins are so confident of victory that they’re willing to face Chisora at the same venue that Delboy just fought at in dispatching Artur Szpilka in the second round on July 20 at the O2 Arena in London, England.

The New Zealander Parker, 27, is confident that he’ll beat the 35-year-old Chisora, and he’s willing to come to the UK to do it, even though he’s had horrible luck in the past when fighting there. Parker lost to Anthony Joshua and Dillian Whyte in fights that took place in the UK. Both matches involved referees making decisions that resulted in Joshua and Whyte winning.

Chisora’s win over Szpilka (22-4, 15 KOs) impressed Parker, but it didn’t scare him away. Parker still wants to fight Chisora, and he’s not going to back down for an instant.

Parker impressed with Chisora but not backing away says Higgins

“He was impressed, but he won’t shy away, he won’t take a backward step,” Higgins said to skysports.com about Chisora and his win over Szpilka.  “Chisora looked good and Joseph’s message was ‘make the fight, make it happen!’ That date [October 26] is absolutely plausible, provided that everyone moves quick. I’m sure that Joseph Parker would absolutely be happy with that scenario. We’re ready and willing, and we just need to get this formalized quick.”

Parker isn’t going to wait around for five or six months waiting for Chisora and his manager David Haye to get things rolling with the negotiations. There’s too many other fighters in the heavyweight division for Parker to fight, and he can’t waste time on an aging fighter like Chisora. His recent win over Szpilka was impressive, but it was also a case of promoter Eddie Hearn matching him against a vulnerable fighter with a chin problem. It’s common knowledge that Szpilka, 30, had come into the fight with Chisora having lost two out of his last four fights.

Before facing Chisora, Poland’s Szpilka had suffered stoppage losses to these fighters:

Dereck is ranked #11 with the World Boxing Council. If he can beat Parker, it’ll push him up the rankings to get him closer to a world title shot against WBC champion Deontay Wilder. With all the flak that has been stirred up with Whyte’s adverse findings for his recent fight against Oscar Rivas on July 20th, it’s highly unlikely that Wilder would be interested in fighting Chisora unless he earns his way to a mandatory position. That’s why the Parker fight is so important or Chisora. Parker is ranked #5 with the WBC, and a win over him would likely result in Chisora being moved to a top five spot with the sanctioning body. It’s a bad match-up for Chisora to fight the 6’7″ Wilder, but the money would be good.