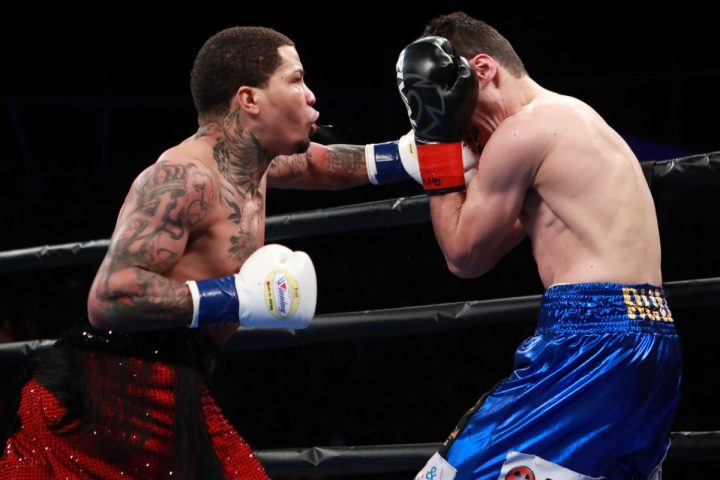 By Mark Eisner: Mayweather Promotions CEO Leonard Ellerbe has made an offer to IBF super featherweight champion Tevin Farmer and his promoter Lou DiBella for a unification fight against WBA 130 pound champion Gervonta ‘Tank’ Davis in the fall.

Matchroom Boxing promoter Eddie Hearn has already offered Tank Davis $5 million for him to fight Farmer, 29, on DAZN USA, and he didn’t accept it. Davis vs. Farmer isn’t that big of a fight. There would be far more interest in seeing Davis face Vasiliy Lomachenko, Miguel Berchelt, Teofimo Lopez or Devin Haney.

Farmer has already been beaten four times, and his fighting style is dull. He’s a pure boxer. In Farmer’s last fight against Guillaume Frenois, the fans booed during and after the contest due to Tevin’s defensive style of fighting, and they let him know they didn’t appreciate his fighting style. The most troubling aspect about that is Farmer didn’t care that he was booed by the fans. His attitude afterwards is the fans will still be there after he retires.

A fight between the Baltimore native Davis, 24, and Farmer would give fans a chance to get a clearer picture of who is the top guy in the super featherweight division. Currently, there are five champions in the weight class. They are as follows:

Tank Davis’ huge punching power would give him an extreme advantage over the light hitting Farmer, and this fight could be a mismatch. Farmer wouldn’t be able to stand and trade with Davis for any length of time without taking a risk.

Offer for @TevinFarmer22 to fight Gervonta Davis on Showtime came in at around $2 million, per sources, which was a non-starter for Farmer. @EddieHearn has had a standing $5 million offer for Davis to fight Farmer on @DAZN_USA that Davis has shown no interest in.

Farmer is expected to face WBA gold super featherweight champion Joseph ‘Jo Jo’ Diaz (29-1, 15 KOs) next. Both fighters want the fight, and Farmer believes that it’s one that his promoters can easily make. The 2012 U.S Olympian Diaz has one loss on his seven-year pro resume to WBC featherweight champion Gary Russell Jr. in May of 2018. Diaz was out-boxed in losing a one-sided 12 round unanimous decision to the speedy Russell Jr. The scores were 115-113, 117-111 and 117-111.

Diaz rebounded from that defeat to win his last two fights against Jesus M Rojas, Charles Huerta and Freddy Fonseca. Diaz Jr. has looked good, and he’s fighting at a higher level now that he’s moved up to 130. It was difficult for Diaz to make 126 after six years as a pro, and he should have moved up to 130 a few years ago.