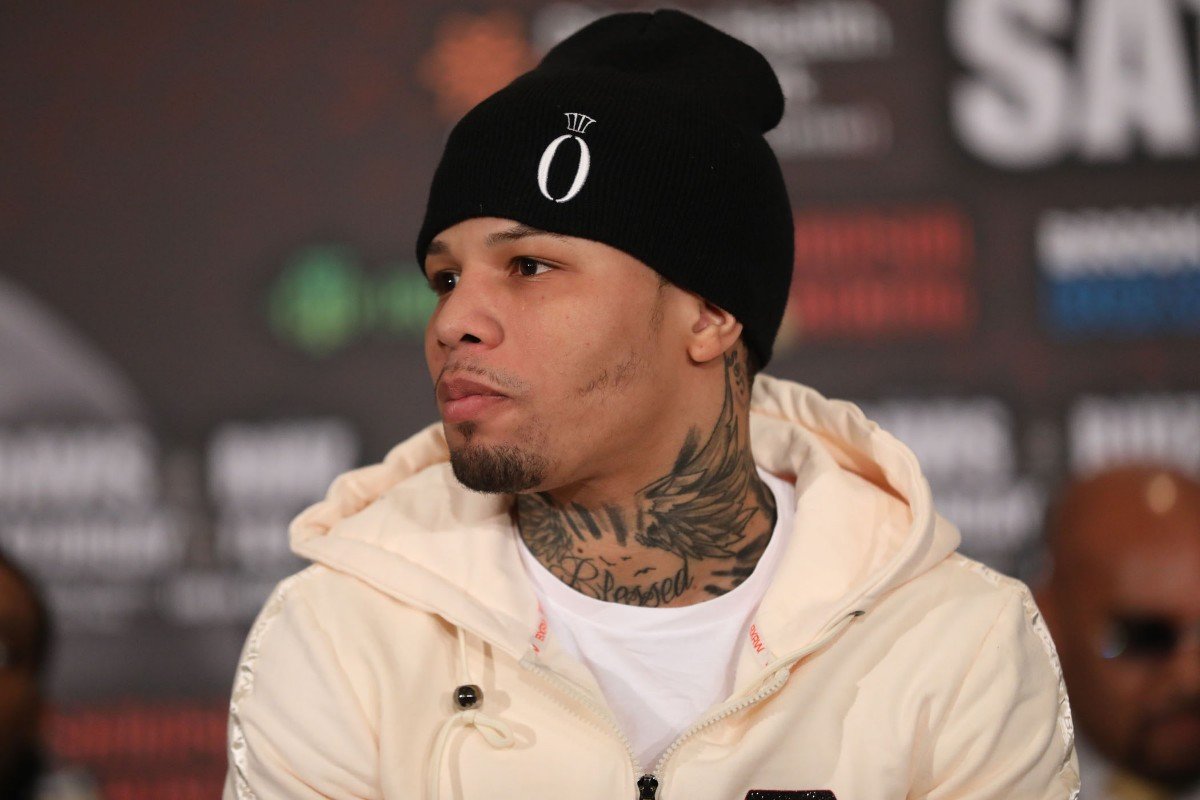 By Doug Berman: Matchroom promoter Eddie Hearn has a serious proposal to make to Mayweather Promotions CEO Leonard Ellerbe to help negotiate a unification fight between WBA super featherweight champion Gervonta ‘Tank’ Davis and IBF champ Tevin Farmer. Hearn wants Gervonta’s promoter Floyd Mayweather Jr. to meet with him so they can make closed envelope bids for the Davis-Farmer fight. Hearn wants Farmer (30-4-1, 6 KOs) to get a far better offer than the one that was made recently by Mayweather Promotions for him to face Gervonta (22-0, 21 KOs).

What Hearn wants to do is for him and Mayweather to place bids in envelopes, and whoever comes up with the highest bid puts on the fight. Hearn has already offered Gervonta $5 million to face Farmer, which wasn’t accepted. Ellerbe recently offered Farmer $2 million to face Davis, and that was rejected as too low.

“The offer for Tevin Farmer came from Mayweather Promotions,” said Hearn to AB Boxing News. “It was $2 million. We offered Gervonta Davis $5 million for that fight. I think the best thing we can do is me and Floyd [Maweather] should argue what the split should be for that fight. For me, Gervonta is the bigger name. He sells more tickets, and he’s the bigger star. Tevin is a star, but he’s coming through. To me, it’s a 60-40 spit. I’ll see if they agree with that. If they don’t, we can talk about that. So me and Floyd, we meet up, and we both put our bids in an envelope. We open it together, and whoever pays the most money for that fight, gets the fight on their platform.

It’s just one fight. You don’t have to sign a long term deal. Just let the fighters earn their money. Tevin Farmer wants that fight. Gervonta Davis wants that fight. If you say to Gervonta Davis, ‘Do you want $5 million to fight Tevin Farmer,’ he’d be like, ‘yes, please. I’ve got the biggest fight of my career. I’ve got a fight that I want.’ But it’ll probably be more than that if we do closed bids. So if you want to outbid, you’re Floyd ‘Money’ Mayweather. I’m just little old Eddie Hearn. I ain’t got that kind of money. So let’s go in there and figure out a number that everybody is willing to pay. That’s what really matters; the fighters. So let the fighters earn their money.

I made Farmer’s promoter a great offer to make the fight and Farmer didn’t like the offer. Davis is a star he is not https://t.co/SrhaPcY37O

In looking at the pattern of the match-making that’s being done by Mayweather Promotions for Gervonta, they’re not showing interest in matching him against serious threats right now. Davis being treated more like a vulnerable prospect than a world champion, and he’s matched carefully. We’re seeing Davis fighting a lot of old timers. We saw Davis in with Hugo Ruiz, Jose Pedraza and Jesus Marcelo Andres Cuellar. Those are all aging fighters that have seen better days. Mayweather Promotions wanted to match Gervonta recently against past his prime Abner Mares despite that he lost his last fight, and hasn’t fought in a year. In looking at the way Davis is being matched by his promoters, Farmer might be too young at 29 for them to want to make that fight. It looks like they’re going to take it easy with him.

Gervonta has a chance to win another belt

“If Gervonta is as good as he says he is, he can come back to Showtime with two belts,” said Hearn. “Never obstruct a fighter earning a career high payday if he has a fight to take against a fighter on another platform. [WBC light welterweight champion] Jose Ramirez just did it. Bob Arum let him do it [against Maurice Hooker on DAZN], and he came back with two belts. Pretty poor,” said Hearn when asked what the communication has been like between him and Mayweather. “I always e-mail [Mayweather Promotions CEO Leonard] Ellerbe, and say, ‘Here’s $3 million. Here’s $4 million. Here’s $5 million,’ and I don’t really get a reply. [I got] One reply once.

“We’d love to make him the most active world champion out there,” said Hearn about Tevin Farmer. “He’s very happy. We’ve made him a lot of money. But the offer they [Mayweather Promotions] made him, that’s not enough money for that kind of fight,” said Hearn about the $2 million offer that Mayweather Promotions made for Farmer to face Gervonta. “He [Farmer] wants that fight, but he wants to be paid. He wants big fights. It’s about what fights we can deliver. Can we deliver [Miguel] Berchelt? Can we deliver [Jamel] Herring? But, can we deliver Gervonta Davis, because these are the fights that he’s going to want. You’ve got $5 million, but I will go in and offer more money,” said Hearn about him looking to increase the offer to Gervonta for him to agree to face Farmer.

Hearn wants a 60/40 split for Farmer to get a fight against Gervonta, but that might not do the trick. Ellerbe and Mayweather might want a more tilted split in favor of Davis, which could prove to be a nonstarter. Hearn isn’t going to let Farmer be underpaid for a big fight against Davis in which he would be the underdog, and would likely lose. If Farmer is going to lose his International Boxing Federation title to Davis, he’ll want to get paid for it. Mayweather and Ellerbe need to see the big picture. If they don’t take the fight soon, it could be too late. Farmer is vulnerable, and might lose his next fight against Joseph ‘Jo Jo’ Diaz.

“Leonard Ellerbe has turned into quite a bitter person, because I look at my Twitter and he’s liking all the criticism about me,” said Hearn. “He calls it [DAZN] the ‘Dead Zone.’ What Leonard Ellerbe has become is a hater. He’s always talked about haters, and how bad they are. Why would he hate on a platform that’s giving fighters an opportunity to make career high paydays, and to box more often than they’ve ever boxed before? Leonard should now better. He should be relieved and encourage DAZN to pay fighters great money.

When I look at Showtime, I’m not criticizing Showtime. I’m not criticizing Fox or ESPN. My platform [DAZN] is investing in the sport of boxing. That kind of thing should be encouraged. So why is he [Ellerbe] trying to put down DAZN? Is he scared? Is he just a hater? What’s happened to him? Leonard Ellerbe, I’m appealing to you my friend. We want the old Leonard Ellerbe back. Where have you gone? Don’t sit behind your keyboard liking people’s Tweets of bad things. What’s happened to you? You’re a styling dude with a nice jacket. We’ve seen you wear crocodile shoes, and nice sunglasses. Leonard Ellerbe, you’re a cool guy. Don’t be a hater. What’s the matter with you?” said Hearn.