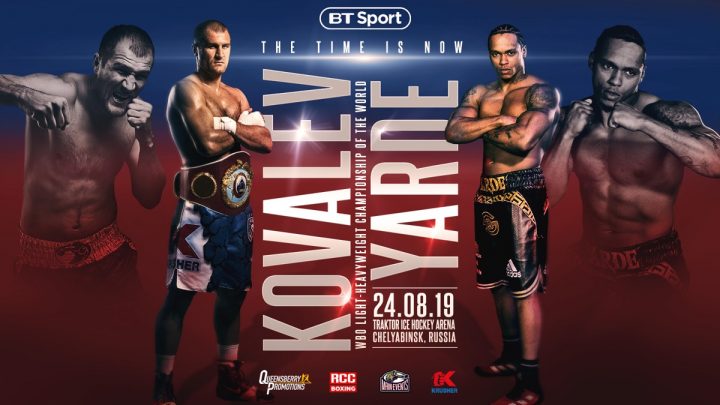 Calzaghe and Ward both feel that the experience is lacking from the 27-year-old Yarde for him to win.

There’s a tremendous imbalance in experience between the two combatants. Yarde’s promoter has done a skillful job of maneuvering him up the ranks to get a #1 ranking with the World Boxing Organization, but it’s come at the expense of experience.

Yarde still hasn’t fought a top tier contender during his six-year pro career, and now he’s about to fight a world champion. Normally what happens when fighters lack the prerequisite experience to fight a talented champion, they quickly get taken out. We’ll have to see if that’s the case with Yarde. He does have youth and punching power on his side against the 36-year-old

Calzaghe: Kovalev is too experienced for Yarde

“I think Yarde is an exciting fighter, but it might be a little too soon for him,” said Calzaghe to BT Sport in predicting a victory for Kovalev. “But, I think Kovalev is going to be too experienced for him with too much know how. I see Kovalev winning the fight,” said Calzaghe.

It’s a pretty fair statement from Calzaghe about Yarde lacking experience. Yarde’s best opponents to date are these guys:

Those are all second tier level journeyman fighters that Yarde has beaten, and you’ve got to give his promoter credit for his skillful match-making to get him ranked #1 without a handful of losses. But that doesn’t take away the fact that Yarde still hasn’t fought a ranked contender, and is going into the Kovalev fight without the experience needed.

“I like Yarde. I like everything about him,” said WBC heavyweight champion Deontay Wilder to BT Sport. “And, I like how confident he is in the ring, and what he brings and what he offers.”

“Kovalev is on the slide,” said Tyson Fury to BT Sport. “He’s been a really good world champion in his time. He’s done really well. I think the Andre Ward losses have [bleep] him. He lost that fight to [Eleider] Alvarez, and came back to beat him. I think a young man will always beat an older one. That’s my motto, and I really do fancy Yarde to knock him out,” said Fury.

Kovalev is definitely getting older, and going downhill, as Fury points out. However, he looked good in winning his last fight against Eleider Alvarez. 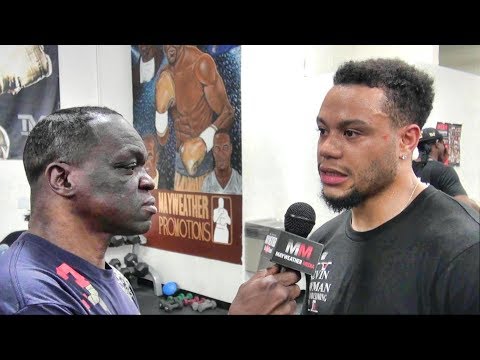 No such thing as bad student 👨🏾‍🎓 only bad teacher 👨🏾‍🏫 #THEROADTORUSSIA 🇷🇺

In the Kovalev-Yarde undercard, World Boxing Council Silver Cruiser champion Ilunga Makabu (25-2, 24 KOs) will be defending his title against Aleksei Papin (11-0, 10 KOs). This isn’t a great fight, as neither guy is considered to be true world champion material. Makabu, 31, was knocked out in the third round by Tony Bellew in 2016 in a fight for the vacant WBC cruiserweight title.

Since then, Makabu has won his last six fights against largely weak opposition. Makabu did beat Dmitry Kudryashov by a fifth round knockout last June to win the WBC Silver cruiserweight title, but that victory didn’t say much. Kudryashov has been knocked out in the past by Yunier Dorticos and Olanrewaju Durodola.