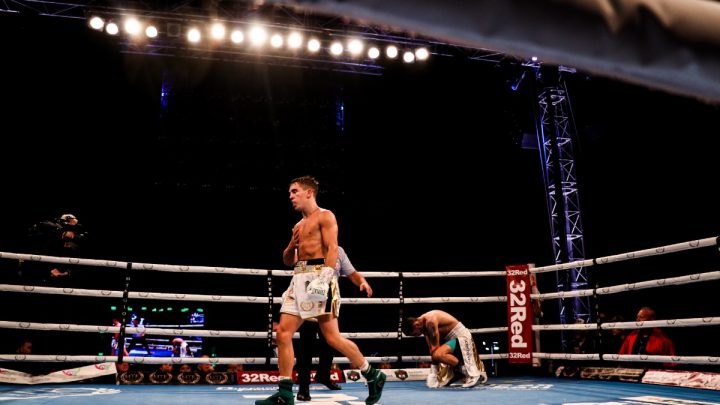 By Trevor McIntyre: Unbeaten featherweight contender Michael Conlan (12-0, 7 KOs) put on a master class performance in stopping the capable Diego Alberto Ruiz (21-3, 10 KOs) by a ninth round knockout on Saturday night at the beautiful Marquee, Falls Park, in Belfast, Ireland.

The two-time Irish Olympian Conlan knocked Ruiz down with a hard shot to the midsection in the ninth round. The fight was then halted by referee Michael Alexander. The official time of the stoppage was at 1:34 of round nine. It was another fine victory for the 27-year-old Conlan, who is ranked WBO #5, WBA #6, IBF #12 at featherweight. It was a good stoppage. The Argentinian Ruiz, 25, was in trouble, and he had no chance of making it out of the round had the fight not been stopped when it did.

Michael Conlan was too powerful

Conlan was too powerful, and he was like a shark waiting for his prey once Ruiz hit the deck. If it weren’t stopped, Conlan would have pounced on Ruiz and ripped him to shreds to finish the job. 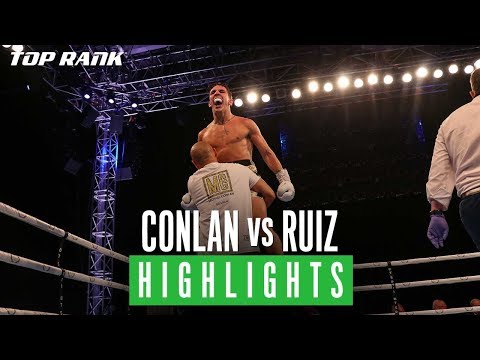 All in all, it was an impressive victory for Conlan over a good solid opponent. Ruiz gave Conlan some valuable rounds that he can use to keep progressing to the next level.

“I’m prouder that I got the finish. I can box people and I want longevity in my career, but to get the finish was extra special, and I’m really happy I did,” said Conlan. “I’m ready for a world title soon. This time next year, I want to have a world title around my waist.”

In a nice little scrap, welterweight Chris Jenkins (22-3-2, 8 KOs) emerged victorious with a nine round technical decision victory over Paddy Gallagher (16-6, 0 KOs) in a fight for the British and Commonwealth 147 pound belts.

It looked like Gallagher was on his way to pulling it off when he knocked Jenkins down with a shot to the midsection in the sixth. However, it wasn’t to be, as Jenkins suffered a cut over his left eye, which led to the fight being halted after the ninth. The scores were 86-85, 86-85 and 85-85. Gallagher gave away too many early rounds of the fight. Although he was coming back nicely in the second half of the fight, the cut prevented him from getting the win.