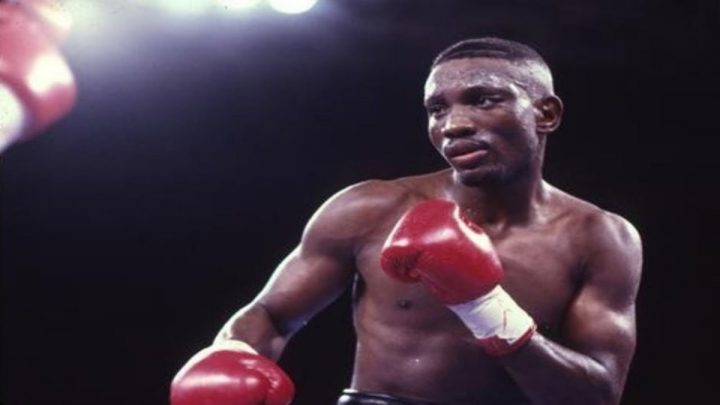 By Kenneth Friedman: Former four division world champion Pernell ‘Sweetpea’ Whitaker has been killed after he being hit by a car in Virginia Beach, according to TMZ. The 55-year-old Whitaker. This is sad news. Whitaker is in the Boxing Hall of Fame, and one of the best fighters the sport has ever seen.

The retired Whitaker was struck by an automobile and killed last Sunday night at the intersection of Northampton Boulevard and Baker Road, according to TMZ. A call about Whitaker being hit by a car was received at 10:04 p.m.

Whitaker later passed away from the injuries. It’s still unknown if the driver of the vehicle was arrested. There’s an investigation going on.

Whitaker had an amazing career

Late in Whitaker’s career, he lost a highly controversial 12 round unanimous decision against Oscar De La Hoya in 1997. Many boxing fans felt at the time that De La Hoya was given a gift decision because he was the face of boxing at the time he fought Whitaker. He was the star. Whitaker out-boxed De La Hoya from start to finish, and found himself on the receiving end of a questionable decision in Las Vegas, Nevada. The scores were 115-111, 116-110 and 116-110.

Whitaker stayed around for too long

Whitaker later lost to superstar Felix Trinidad by a lopsided 12 round unanimous decision in 1999. That fight was a clear defeat by Whitaker, who by that point was no longer the same fighter he’d been in the past. Whitaker came up against a young lion in Trinidad, and he didn’t have the size, youth or the power to compete with him. Whitaker stayed out of the ring for two years after the loss to Trinidad before losing to Carlos Bojorquez by a fourth round knockout in April 2001. That was the final fight of Whitaker’s career.

Had Whitaker stayed down at lightweight, he likely would have had a much longer boxing career. Moving up to fight in weight classes that his body couldn’t sustain for long, it might have shortened his career. At lightweight, Whitaker would have still had advantage over his opposition when his physical skills started to deteriorate due to age and wear and tear.