Canelo Alvarez vs. Sergey Kovalev – time running out on negotiations 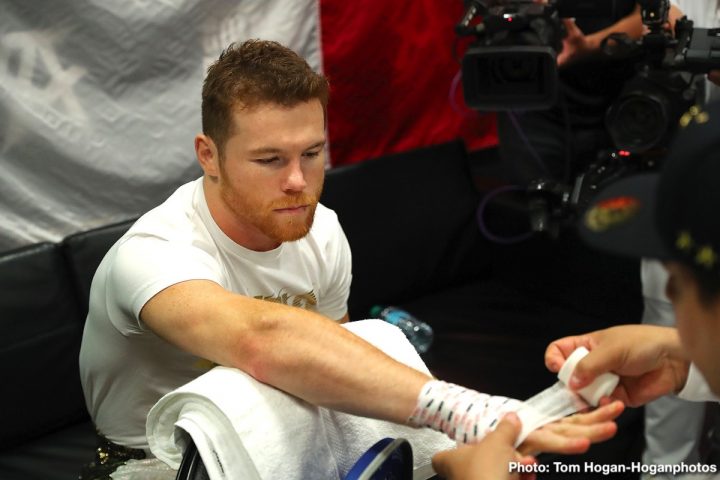 By Kenneth Friedman: Time is quickly running out on the negotiations for a fight between Saul Canelo Alvarez and WBO light heavyweight champion Sergey Kovalev, according to promoter Kathy Duva of Main Events. Duva tells Sky Sports that Kovalev is “very interested” in the Canelo fight.

If the fight gets made, it’ll take place on September 14.

Kovalev (33-3-1, 28 KOs) is close to signing for a fight against mandatory challenger Anthony Yarde, and there may not be enough time to close the deal for a Canelo fight in September, according to Duva.

Golden Boy Promotions made an offer to Kovalev on Tuesday to face Canelo in September. It’s a doable fight, but the time that it’s going to require to put the deal together might not be enough.

“Golden Boy made an offer for a September ‘Canelo’ fight just a few hours ago. I don’t know if, at this point, enough time remains to make this rather complicated deal in the few hours that remain,” said Duva to skysports.com. ‘As Sergey is on the brink of signing to fight his mandatory against Anthony Yarde in August, very little time remains to make a deal for the ‘Canelo’ fight in September.”

You have to wonder if what Duva says about there being “very little time” is a way of getting a better deal for Kovalev. If Golden Boy Promotions feels there’s a rush, they might be more willing meet Kovalev his asking price. It’s hard to haggle when you’re being rushed.

Canelo wants to become a four division world champion by beating Kovalev to take his WBO 175 pound title. The problem is, Golden Boy made the offer to Kovalev after he’d already been ordered to defend against his mandatory challenger Yarde. Top Rank promoter Bob Arum says that there’s a step aside deal in place for Yarde to step aside if the Canelo vs. Kovalev fight gets made.

It’s worthwhile for Kovalev to take the bigger payday against Canelo than making a mandatory defense of his WBO light heavyweight strap. Kovalev vs. Yarde won’t be a big deal in the U.S, since the casual boxing fans have never heard of the British fighter Yarde. They’re not going to be excited at seeing Kovalev fight a Yarde. It would be a similar type of fight as Kovalev’s matches against Igor Mikhalkin and Vyacheslav Shabranskyy.

The Canelo fight might not be there for Kovalev in the future if he doesn’t take it now. There’s also a possibility that Kovalev could lose to the 27-year-old Yarde (18-0, 17 KOs). Kovalev has lost 3 out of his last 6 fights. His recent defeat against Eleider Alvarez, which he avenged, shows that he’s susceptible to losing to almost anyone now.

Earlier on Wednesday, ESPN reported that Golden Boy Promotions are interest in WBO middleweight champion Demetrius Andrade to face Canelo on September 14. Andrade and his promoter Eddie Hearn of Matchroom Boxing USA are very interested in taking the fight with Canelo. Further, Jaime Munguia and Gennady Golovkin are also possibilities for Canelo’s September 14 fight. Golden Boy is looking at a variety of different fighters that they can match against Canelo in September. He wants Kovalev, but it’ll be up to Duva and Golden Boy to see if they can get the fight made in time.

With the amount of money involved in the Canelo vs. Kovalev fight, it’s hard to imagine Duva and Golden Boy giving up easily in the negotiations. Kovalev is 36-years-old, and probably won’t hold onto his WBO belt too much longer even if he successfully defends it against Yarde. The #2 ranked WBO contender is Gilberto ‘Zurdo’ Ramirez, and he’s someone that would have a good chance of beating Kovalev.