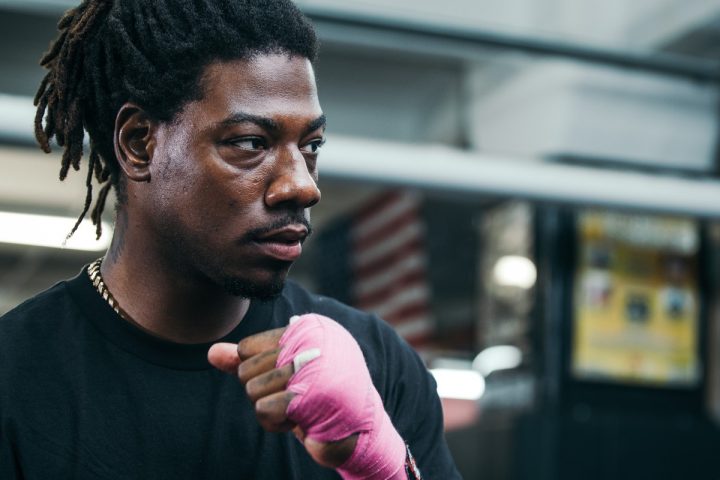 Martin used his southpaw stance to land strong left hands early on Martz and causing his right eye to swell in round two. Martz tried to tie up Martin, and eventually had some success on offense landing several clean shots that got Martin’s attention, even if they didn’t hurt him.

“At one point I wasn’t relaxed like I should have been,” said Martin. “He threw a good flurry on me in the second round and that woke me up. I was a little stiff, but as we got going I knew I could go through him.”

“I definitely came to fight and I was trying to win,” said Martz. “I started to take some hard shots and they added up. He definitely hits hard.”

In round four Martin clipped Martz in the opening moments, forcing him to retreat before Martin followed up with a body shot that put his opponent on the canvas. Martz got up and continued to try to survive and hold, but a strong combination punctuated by another punishing shot put Martz on the mat again and forced referee Celestino Ruiz to halt the bout 2:03 into the round.

“I told my team that I wanted to stop him with a body shot, so I was focused on that and happy to get it done,” said Martin. “I just want to keep learning and become a complete fighter. I want to be able to dig to the body and fight on the inside and learn everything technical that I can. I want to be like the LeBron James of boxing, in that I’m a total student of the sport.”

“He threw some good shots to the body and that’s kind of what wore me out,” said Martz. “I’ll get in the gym and get better and be back soon” 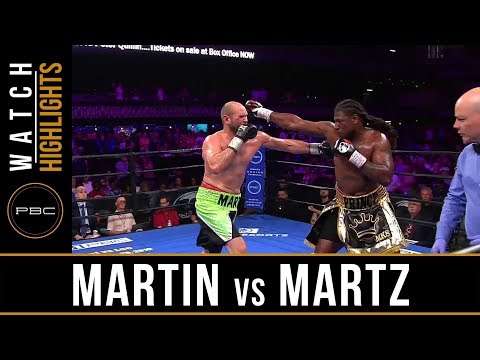 The southpaw Perrella was effective early, leading his offense with straight left hands, as Dolton mostly tried to counter Perrella with right hooks and uppercuts. In round two, Perrella landed two straight left hands in the middle and then at the end of the round that hurt Dolton and forced him to retreat to the ropes.

“We were ready for whatever Dolton brought,” said Perrella. “I have so many dimensions to my game. My team works with me on different styles and it was hard to say how he would come to fight. I figured he’d come with hard feints and pressure, but I knew my strength and my inside work would wear him out.

“We figured we would get the stoppage and hurt him. We’ve gained a lot of strength in the gym. I just knew that if I kept boxing him and breaking him down, I’d know when to go for the finish.”

Perrella began to go for the stoppage early in the third round, quickly backing up Dolton to the ropes before unloading with a flurry of combinations. After sustaining the offense for more than the first minute of the round, referee Gary Miezwa halted the bout at 1:24, giving Perrella the TKO victory.

“This feels amazing, and if any other welterweights want this smoke, they’re going to need some cough drops afterwards,” said Perrella, who was then asked about a potential fight with Jamal James by FOX Sports reporter Jordan Hardy. “If my team wants to do it, I’d love to fight Jamal James next. He’s a great fighter who I respect. That would be a great showdown and I’m ready for it.” 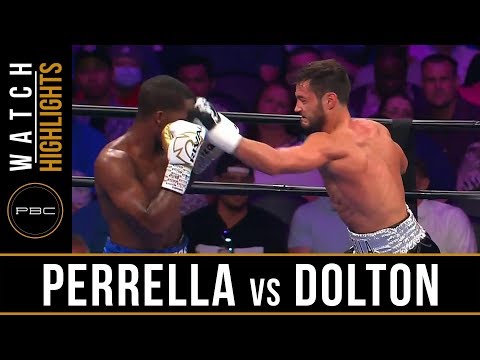