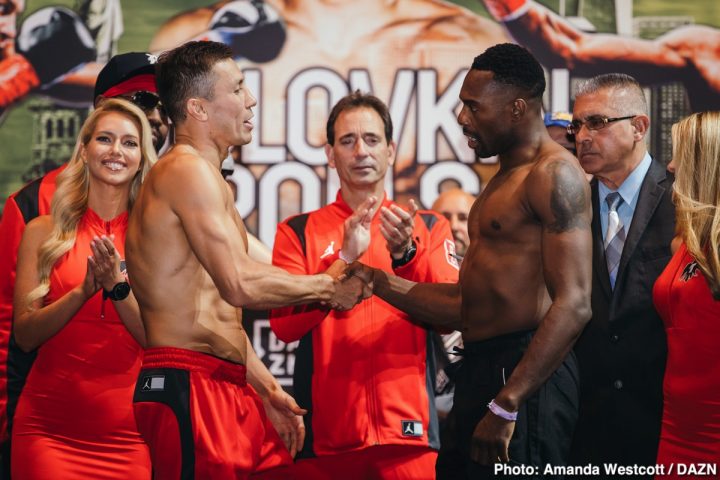 By Barry Holbrook: Steve Rolls says he’s ready to emulate what Andy Ruiz Jr. did last weekend by rising up to pull off a big upset over former middleweight champion Gennady Golovkin tonight in their 12 round fight on DAZN at Madison Square Garden in New York. This is a catchweight fight at 164 pounds. The unbeaten Rolls was found by GGG’s team and signed for the fight.

If Golovkin looks good, Team GGG will start calling out Saul Canelo Alvarez immediately after for a trilogy fight in September. Having Rolls as the opponent increases the chances that Golovkin will look like the devastating fighter that he once was.

Rolls is a 64 to 1 underdog in this fight. His position is far worse than the 25 to 1 underdog Ruiz Jr. was in his match against former IBF/WBA/WBO heavyweight champion Anthony Joshua last Saturday. Ruiz shocked the world in knocking out Joshua in the seventh round. There’a difference in experience between Ruiz Jr. and the 35-year-old Rolls though. Ruiz came into the fight with Joshua arguably unbeaten.

The only blemish on Ruiz’s resume was a controversial 12 round decision loss to Joseph Parker in 2016. Ruiz had totally dominated Parker through 12 rounds, but lost a hometown decision. Ruiz Jr. had Olympic experience as amateur. Rolls doesn’t have that kind of pedigree. He’s just an unknown 35-year-old guy with an unbeaten record.

Rolls’ best win as a pro is a 10 round decision over journeyman KeAndrae Leatherwood last December. Rolls is like another Dominic Wade or Willie Monroe Jr. type of opponent, but not as good as those guys. In other words, it’s going to be difficult for Rolls to do what Ruiz Jr. did in pulling off an upset, because he doesn’t have the pedigree as an amateur or a pro.

Rolls looking to have his Ruiz Jr. moment

“As soon as I got the call for this fight and I accepted this fight, [and] had every intention in the world to do what happened last week in that fight this fight coming up,” Rolls said to TMZ Sport.

The window for Rolls to do anything in this fight tonight will be short. If Golovkin decides he wants to test out his new fighting style of high volume punching, he’ll knock Rolls out in round one. Tonight will be GGG’s first fight with new trainer Johnathon Banks, and he’s said to have changed his style to make him a busier fighter. Banks says Golovkin is going to throw more punches, while at the same time improve his boxing ability. GGG won’t be able to do both unfortunately. If he’s going to throw more punches, then he’ll need to put himself in harm’s way against Rolls.

If Golovkin struggles to beat Rolls, then it’ll be a clear sign that he’s done as a fighter. This is an easy fight for any of the elite level middleweights. Rolls is just some guy with no experience against world class fighter that has been picked out by GGG’s team. It’s a showcase. They spotted a fighter with an unbeaten record in Rolls, and they’ve been hoping the boxing would be interested in the fight. The public doesn’t care that Rolls has an unbeaten record. They’ve noticed that he’s fought poor opponents, so they understand what this fight is all about.

It would be nice if Rolls had at least proved himself against a top contender before fighting GGG. Rolls has never fought a world class contender before. Up until now, the only notable name on Rolls’ resume is journeyman KeAndrae Leatherwood. That’s what makes this fight so disappointing. Rolls isn’t a young undefeated fighter with zero experience. He’s in his mid-30s, and has no experience. That’s pretty old for a fighter not to have fought at least one world class opponent. It’s kind of embarrassing that GGG is stooping to this level to fight this type of opponent. If this the new “business” of how GGG is going to be running his career, he’s going to lose fans, and he may not get the rematch with Canelo that he says he will in September.

“I’m an undefeated guy. I’m known, but not well known,” said Rolls. “A lot of those promoters don’t want to take risks from what I’m told. I’ve watched a lot of tape of Golovkin, and we’ve come up with a few game plans. I’m an all around fighter, and I have the ability to adapt if necessary. I feel like my ability to adapt will help me out,” said Rolls.

The game plans that Rolls will be bringing into the fight tonight could be doomed to failure. Having seen Rolls fight, he leaves himself open when attacks. He doesn’t have a great jab, so he won’t be able to stay on the outside and pick GGG apart. If Rolls comes in close, he’ll likely be knocked out right away. There could be a lot of upset fans tonight if GGG destroys Rolls right away, because they don’t like this fight. It’s a clear mismatch.

Rolls isn’t known, period by casual boxing fans. He will though after tonight, but unfortunately he probably won’t be known in a good way. He’ll be known in the same way that GGG’s past knockout victims like Monroe Jr. and Wade are known.

“For any fight, I’m prepared to go the distance,” said Rolls. “Against Golovkin, I just got to have the perfect performance. I had a great camp. I just have to have the best performance possible, and pull out the win. That’s what I’ll be looking forward to do. This is a fight where all my tools are going to have to come out. There’s going to be some trading on the inside. There’s going to be some sticking and moving, and some body shots. There’s going to be all kinds of things. I’ve been in there with cruiserweights. I’m talking about heavy handed cruiserweights. I held my own. So I’m confident in myself,” said Rolls.

Rolls had better have his gloves high, and his chin down tonight if he wants to make it the full 12 rounds. Golovkin is going to be trying to send a message to Canelo and his promoters at Golden Boy Promotions that he deserves the trilogy fight in September. That’s obviously why the unknown fighter Rolls has been picked out for GGG. They want to make sure Golovkin looks great against him so the boxing public will get excited about seeing him and Canelo fight each other in September.

DAZN agreed to the GGG vs. Rolls fight. Someone sold them on it, but it’s easy to see what the selling point is. If Golovkin looks great against Rolls, then the casual boxing fans will get excited, thinking he’s improved, and will want to see the Canelo-GGG 3 trilogy match this September.

“If I have to take a shot, I’ll be able to absorb it,” said Rolls. “We work extremely hard on defense. 100 percent, I wouldn’t have taken this fight if I didn’t feel I could win. I have a personal goal of becoming a world champion. Money isn’t my primary goal, but it is a goal. You want to put your family in a better position. That’s what I’m doing this for too.

At 35-years-old, Rolls is going to need to speed up his career if he wants to realize his dream of becoming a world champion. Tonight will be Rolls’ first fight against a world class opponent after 10 years as a pro. If Rolls waits another 10 years before he fights his next world class opponent, he’ll be 45-years-old, and ready for the rocking chair.

Rolls: This should be called a world title fight

This fight to me is very important. After last weekend with Ruiz and Joshua, when you get two guys in there, anything can happen. I’m definitely going to have an Andy Ruiz approach. I love this. This is what I’ve been wanting to do. The media hasn’t gotten to me one bit. I feel like I belong here, and I feel this is just the beginning for the next chapter of my career,” said Rolls.

“I look forward to shocking the world once again,” said Rolls. “I think it will be one of the greatest upsets in boxing history.”

It would be shocking if Rolls pulls off an upset tonight, but it’ll also be unlikely that we’ll see it happen. If Rolls beats GGG, then it’s guaranteed that Golovkin is 100% over the hills. There won’t be any point in GGG continuing his career, because he’s not going to get the Canelo trilogy. There would be no point in that fight taking place unless it’s for old time’s sake that Golden Boy puts the fight together. You can imagine the excuses that Golovkin’s team will have if he loses to Rolls. Hopefully if Rolls wins tonight, it’s by knockout so that the fans don’t have to continue to hear excuses about robberies. 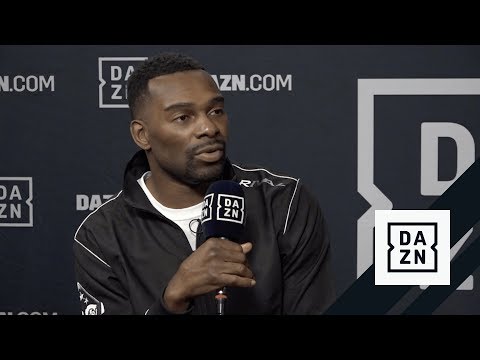