Brand or Boxer? Is Anthony Joshua the David Beckham of Boxing? 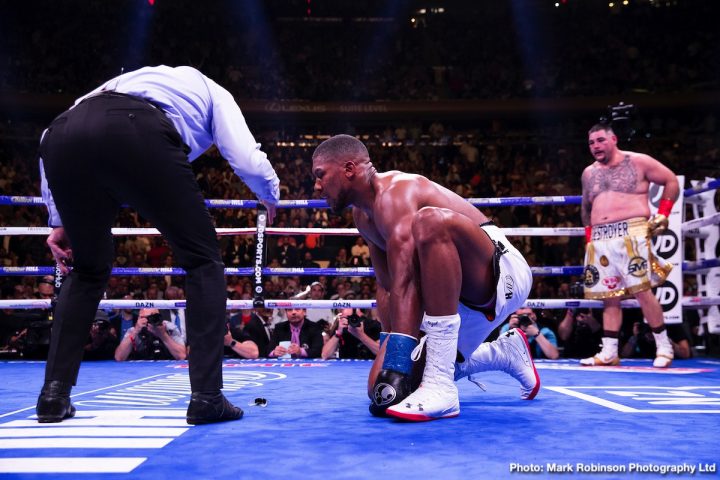 By Darren Paradise Boxing is and always has been a brutal sport. It is not The X-Factor or American Idol nor is it the WWF. It is a sport where if ill-equipped, lives are on the line. The squared circle is no place for manufactured superstars.

Boxing in Britain is booming, and it is largely due to the resurgence of Anthony Joshua, the United Kingdom’s very own superhero. Idolized by millions as a charming, charismatic, kind and humble man with looks and a body that have garnered him as many fans of the fairer sex as there are testosterone hungry men that bay for blood each and every time he steps into the ring. He is the perfect role model, he has transcended his sport to become the face of worldwide brands such as Beats, Boss and Jaguar. Since winning Olympic Gold in 2012 Anthony Joshua has in every sense of the word been living the dream. He truly is boxing’s answer to David Beckham. In both instances the image and the brand outweigh the talent, but the correct marketing ploys assured that commercial success was guaranteed.

Like Sugar Ray Leonard did in the eighties and Oscar De La Hoya did in the nineties, promoter Eddie Hearn felt that there was a clear gap in the market for a boxing superstar and AJ could be the one to take boxing back to the mainstream. Joshua himself was only too happy to step into the role, with or without the god given talents possessed by Sugar Ray and the Golden Boy. A dangerous game in an unforgiving sport, after all, as mentioned earlier, lives are literally on the line.

Ruthlessly exposed by Andy Ruiz Jr. Shocked and confused Britons watched their hero lose not only his world titles and unbeaten record but also his fearsome reputation to a man who would not have looked out of place in a pie eating contest. Ruiz showed however, it is not about how you look, he showed confidence in his own ability, was able to follow a strategic plan and above all, he showed he is a master of his craft. Joshua, on the other hand was solely reliant on power, there was no backup plan when his opponent was able to withstand his best shots and he was even captured asking his corner what he should be doing. He clearly lacked the natural instinct required when taken into deep waters. Dillian Whyte, an ageing Wladimir Klitschko and a past his prime Alexander Povetkin had all previously provided tell-tale signs that when competing at the top level AJ was already on borrowed time and would soon be found out.

Anthony Joshua may well come back from this setback and avenge this humiliating defeat but there is now a blueprint to beating him that sadly I do not believe he will be able to overcome. He can however look back on his achievements with great pride, he really did put UK boxing back on the map.

Boxing fans understand the need for promoters, television companies and streaming services to make money and to build up their fighters, but superstars should never be manufactured. Evenly matched fights and NOT mismatches involving unbeaten contenders protecting records against lesser opposition until they get their chance at the big-time would go a long way to assure that the cream always rises to the top. The real fan does not care if their champion speaks English, Bengali or is simply mute nor do they care if they are ugly, fat, thin, black, white or even luminous green. We just want the best versus the best.