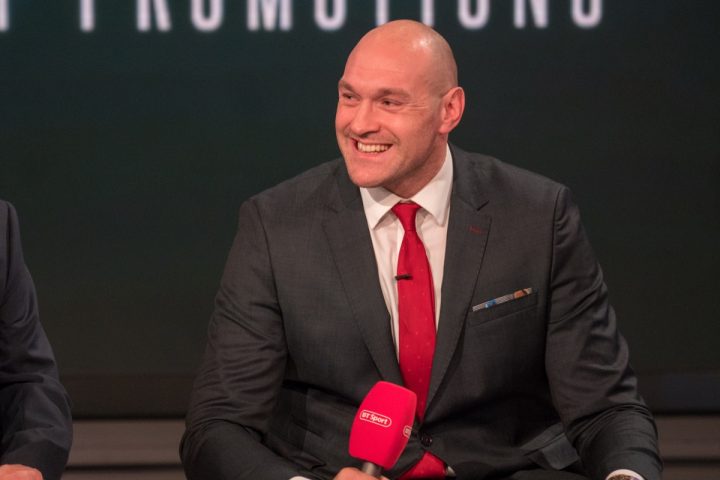 By Tim Royner: WBC president Mauricio Sulaiman says he’s interested in ordering #1 WBC Dillian Whyte and #2 WBC Tyson Fury to face each other in a final eliminator match to determine a mandatory challenger for WBC heavyweight champion Deontay Wilder. However, Whyte’s management haven’t agreed to the resolution from the WBC, Sulaiman said to Thaboxingvoice. They want Whyte’s next fight against #10 WBC Oscar Rivas (26-0, 18 KOs) to be the final eliminator to earn the mandatory position to face Wilder.

Fury’s new co-promoters at Top Rank likely won’t agree to letting him fight in a WBC eliminator against Whyte (25-1, 18 KOs). Top Rank has the 30-year-old Fury (27-0-1, 19 KOs) scheduled against a soft opponent in Tom Schwarz (24-0, 16 KOs) on June 15 on ESPN. Top Rank is expected to match Fury against another weak opponent later this year, and then look to put him back in against Wilder in the first quarter of 2020. Top Rank likely isn’t going to play along with the World Boxing Council and have Fury go through Whyte to earn a second shot against Wilder, because they don’t need to do that. Wilder WANTS a rematch with Fury. He’s not going to avoid it.

Whyte’s situation is completely different. Wilder has no interest in fighting Whyte. So, Whyte and his promoters at Matchroom Boxing have no other choice but to go the mandatory route to try and get a shot against Wilder. Last year, the WBC wanted Whyte to fight Luis Ortiz in a secondary title eliminator, but he chose not to. Whyte instead fought Lucas Browne, Joseph Parker and Dereck Chisora in 2018. Those are good heavyweights, but none of them are ranked as high as Ortiz. The WBC is the one that makes the determination on the path to earn a mandatory status, not the fighters. Whyte has decided to take his own path to the WBC mandatory spot, and he’s insisting that the WBC order Wilder to face him after his next fight against current mandatory Dominic Breazeale on May 18.

The IBF also is also have said to have wanted Whyte to fight in an eliminator against Kubrat Pulev, but Whyte didn’t take that fight either. Pulev would have been a winnable fight for Whyte. Instead of Pulev fighting Whyte, he fought Hughie Fury in an IBF title eliminator last October, and he easily beat him to earn the mandatory position to face IBF heavyweight champion Anthony Joshua. Was this a mistake on Whyte’s part not to participate in the IBF eliminator? Those are two missed opportunities on Whyte’s part in him not taking part in the IBF and the WBC title eliminators. Whyte not taking part in title eliminators, and then still expecting to be made a mandatory is a problem that he’s having. Obviously, to get to a certain level, be it a president of a bank or a mandatory for a world title, a person must follow a path to get to that level. When they deviate that path to go their own route, which Whyte appears to have done by failing to take part in an official title eliminator, they’re going to have problems. You can argue that Whyte is a rebel of sorts in going his own way, but it doesn’t appear to be working for him unfortunately.

Whyte’s promoter Eddie Hearn of Matchroom should have let him know that he needs to take part in world title eliminators if he wants to be given mandatory status. Just picking out guys that he wants to fight like 40-year-old Lucas Browne, 35-year-old Dereck Chisora or the recently beaten Joseph Parker is perhaps the wisest move that Whyte could have made for him to try and get the WBC mandatory spot. Hearn’s inexperience as a promoter might hurt Whyte’s chances of getting the mandatory position. A more experienced promoter like Bob Arum of Top Rank would have realized the importance of Whyte needing to take part in the WBC’s title eliminator against Ortiz for him to get the mandatory position that he craves.

It’s in Hearn’s best interest to let Whyte know how the game is played when it comes to the sanctioning bodies in deciding mandatory challengers. It’s always good to take part in eliminators, that’s a given. Complaining to the boxing public in interviews about the WBC probably isn’t a good idea either. Whyte and Hearn should being staying positive about the process. Whyte has fought some decent fighters during the last couple of years, but none of them were agreed on by the WBC as guys that they wanted for an eliminator. 35-year-old Chisora (30-9, 21 KOs), who has many losses on his record wasn’t ranked high enough with the WBC for him to have been a guy that Whyte can point to say that his two victories over him should result in him being made the WBC mandatory. 40-year-old Lucas Browne isn’t ranked high either with the WBC, and he’s looked dreadful in losing to domestic level fighter Dave Allen, and winning a controversial six round decision against journeyman Kamil Sokolowski. Whyte’s victory over Joseph Parker last year was a good win, but the WBC didn’t agree to make that title eliminator for obvious reasons. Parker had lost his previous fight against IBF/WBA heavyweight champion Anthony Joshua by a one-sided 12 round unanimous decision in March 2018. Whyte vs. Parker was a good fight, but it clearly wasn’t a WBC title eliminator worthy match, given that Joseph was coming off of a loss to Joshua. 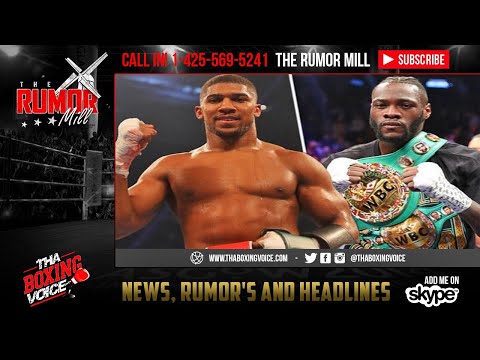