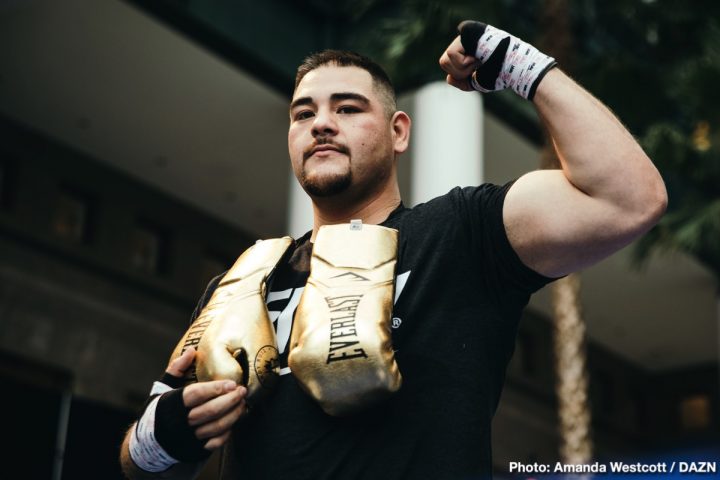 By Dan Ambrose: Andy Ruiz Jr. says he’s going to prove his many doubters wrong on Saturday night by beating Anthony Joshua to become the first Mexican heavyweight world champion. Ruiz Jr. (32-1, 21 KOs) is being given very little chance of winning this fight unfortunately. Even Joshua (22-0, 21 KOs), who normally talks up his fights, has been ignoring Ruiz Jr., and talking nonstop to the media about his next fight after, which he hopes will be against WBC champion Deontay Wilder or Tyson Fury.

A lot of boxing fans have been joking about Ruiz Jr’s weight, saying that if he pretends that Joshua is a slice of pie or a large serving of french fries, he’ll stand a better chance of winning on Saturday by going after him with hunger. Ruiz Jr. clearly wants the victory over Joshua, because it would result in huge paydays for him down the road in a rematch. A win for Ruiz Jr. could also lead to big money matches against Wilder and Fury. The sky would be the limit for Ruiz.

“I’m ready to prove all them doubters wrong,”“I think I’m better fighting with tall guys. All the people that have been telling me I wasn’t going to do nothing, that I’m going to get my ass whooped, that this chubby ‘wanker’ is going to lose really fast,” said Ruiz Jr.

Ruiz Jr. had a chance to prove himself against Joseph Parker, and he blew it in losing to him by a 12 round majority decision in December 2016. Ruiz Jr. says he should have won that, but the reality is he didn’t do enough to earn the decision. He made Parker look better than he is by failing to go after him with relish. Since that loss, Ruiz Jr. has won the following fights:

In other words, Ruiz Jr. has chosen to fight nothing but journeymen since his defeat to Parker three years ago. As such, the sanctioning bodies have kept Ruiz Jr. ranked low instead of pushing him to the top. Luckily for Ruiz Jr., Joshua’s promoter Eddie Hearn of Matchroom Boxing liked what he saw in scouring the bottom of the IBF’s rankings, and picked him out at #15 for Joshua to fight. Hearn’s choice of Ruiz Jr. wasn’t a popular one. Hearn, who does a lot of match-making like this, doesn’t care what the fans think. He found an opponent for Joshua to fight that he feels confident he can beat.

“The game plan is to stick to the game plan,” Ruiz Jr. said. “Letting my hands go, have fun, like people say, he has more to lose than me…The main goal is to become the first Mexican heavyweight champion and to have fun and let my hands go. My style, the heart that I have, the eye of the tiger, the speed, the combinations that I throw. I give the fighters problems because of my style, the speed, so I think that’s what we’re going to do on June 1st,” said Ruiz Jr.

Ruiz Jr. has great hand speed for a heavyweight

The one thing that Ruiz Jr. has going for him in this fight is his hand speed. He’s very fast for a heavyweight, and he has an excellent gas tank. In other words, Ruiz Jr. is the opposite of Joshua, who isn’t fast and has poor stamina. The goal for Ruiz Jr. is to push a fast enough pace to wear Joshua down in the early rounds. It’s important for Ruiz Jr. to get to Joshua early, because he has a better chance of scoring a knockout the later it goes. Ruiz’s speed is important, but he’s got to get to Joshua’s chin to take advantage of it. 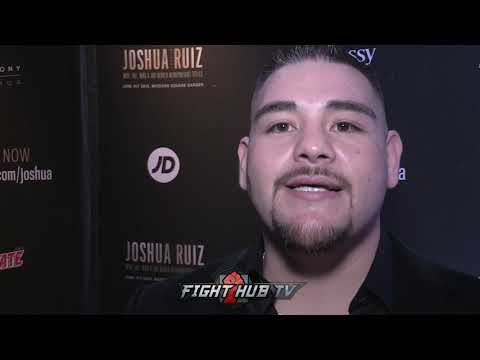