De La Hoya on Canelo vs. Jacobs: “I don’t see it going the distance” 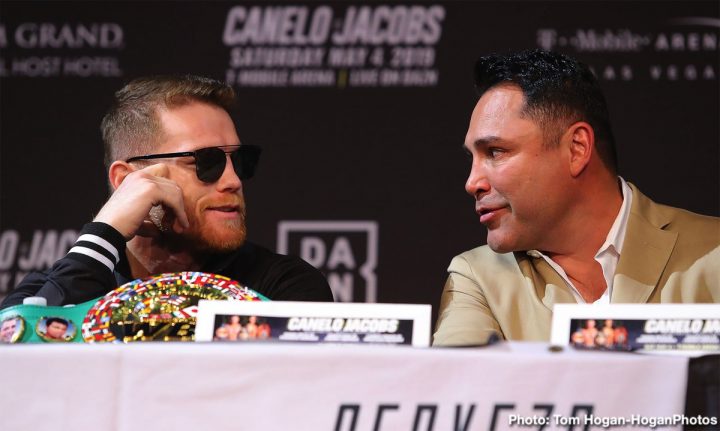 By Aragon Garcia: Oscar De La Hoya is predicting this Saturday’s Saul Canelo Alvarez vs. Daniel Jacobs fight won’t go the distance. One of the two will get knocked the great promoter is saying. De La Hoya believes that Jacobs (35-2, 29 KOs) could be the one that cracks under the pressure of the magnitude of the moment once he gets under the bright lights at the T-Mobile Arena in Las Vegas, Nevada.

De La Hoya feels that Canelo has been there many times before and knows how to handle the intense pressure that will be on him. But with Jacobs, this is the first time in his career in which he’ll been in a huge fight. His fight with Gennady Golovkin was a much smaller affair in March 2017. GGG wasn’t a superstar, and there wasn’t as much attention on the fight compared to this Saturday’s Canelo-Jacobs fight.

“I can feel the intensity. They’ve talked all the talk,” De La Hoya said about Canelo and Jacobs. “Jacobs is a great champions, a great competitor, but there’s something about major events. If you’ve never been involved in a major event, under those lights sometimes it’s hard to rise to the occasion. A lot of fighters crack under pressure. I’m not saying that Jacobs is going to feel that, but you never know. When you’re up in the ring, the will to win is what concerns me the most [about Jacobs],” De La Hoya said.

De La Hoya is hinting that Jacobs will fall apart mentally from the pressure in the fight. It’s possible that Jacobs could make a mental mistake in forgetting himself and just letting his hands go in a way that make him vulnerable to Canelo’s counter punching. We saw that with Gennady Golovkin last September in which he would attack Canelo after getting hit hard, and then wind up getting countered again by him. If Jacobs loses his cool and starts brawling with Canelo, it could play into his hands and create more opportunities for him to land his counter shots.

De La Hoya has been wrong before with his predictions of Canelo’s fights not going the distance, but he could be right this time. Jacobs has had problems in the past in taking heavy shots, and we could see that issue with chin turn up on Saturday night once Canelo starts hitting him with his heavy shots. If Jacobs’ defense was a little bit better, he would be able to protect his weak chin a lot better. We’ve seen how Jacobs was hurt against Dmitry Pirog, Ishe Smith and Golovkin. Canelo hits harder than Pirog did, and clearly he’s a harder hitter than Ishe.

“I think it’s special, but the styles make the fights,” said Jacobs. “You can be special against all your past opponents, especially when you’re the biggest guy and when you’re a power puncher in your respective division.”

For Jacobs to knockout Canelo, he’s going to have to stand in the pocket, and throw a lot of punches consecutively with everything he’s got. If Jacobs fights like that, he’s going to be a sitting duck for one of Canelo’s counter shots. That’s why Jacobs probably won’t even consider going for a knockout. It’s too risky for him to fight like that. Jacobs has been a pro for a long time, and he knows full well what could happen if he tries to unload on Canelo. The only way Jacobs will fight like that is if he’s desperate or if he gets too caught up with the crowd noise and fights on emotion. He did that in his fight with Peter Quillin in 2015. Quillin started throwing power shots at Jacobs, and he responded back and hurt him with a right hand. Jacobs probably won’t do that against Canelo because he’s too hard to hit cleanly with shots. If Jacobs misses, he could get countered hard and taken out.

“But now, he (Alvarez) is coming in with the big boys,” Jacobs said. “Now he will face Daniel Jacobs, who has never given up, who is in the best moment of his career, who is young and hungry and who has the mental capacity to leave without giving up.” 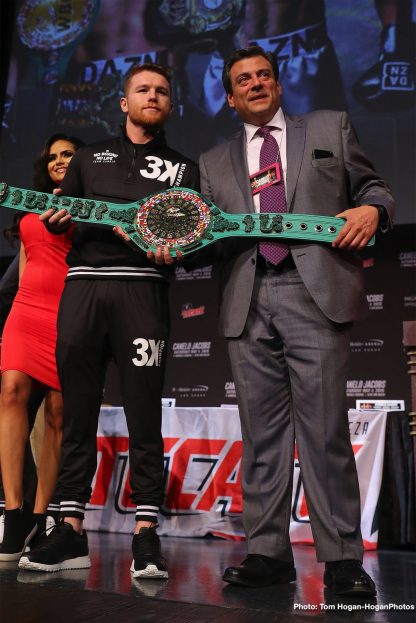 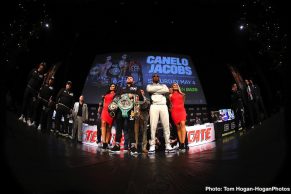 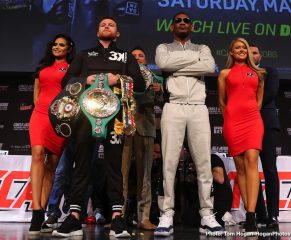 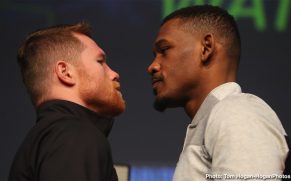 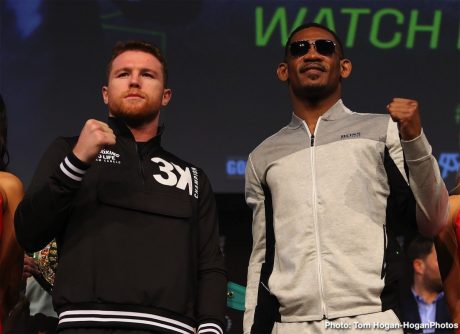 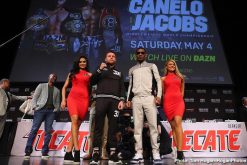 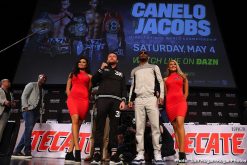 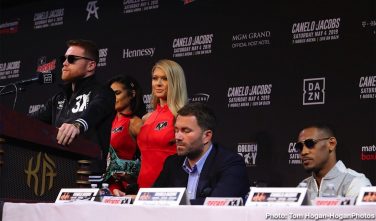 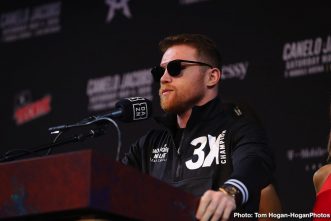 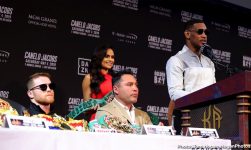 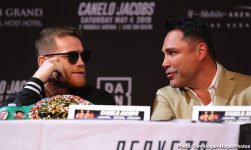 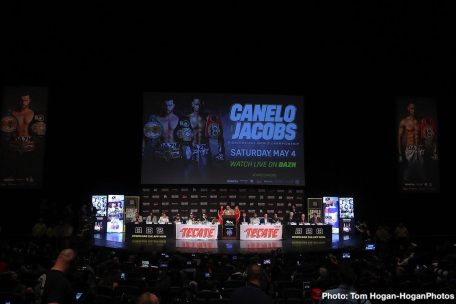 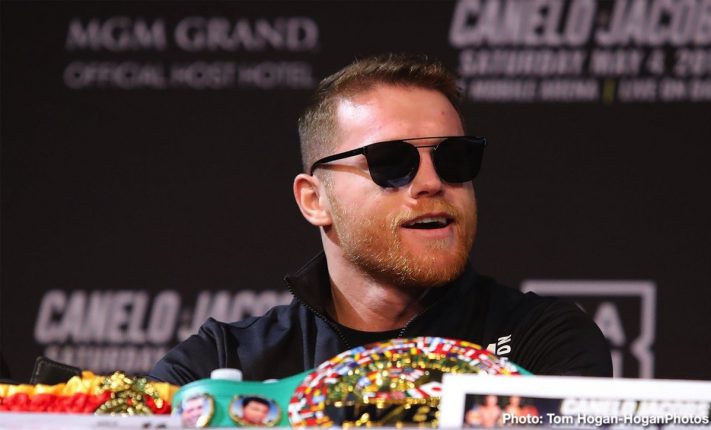