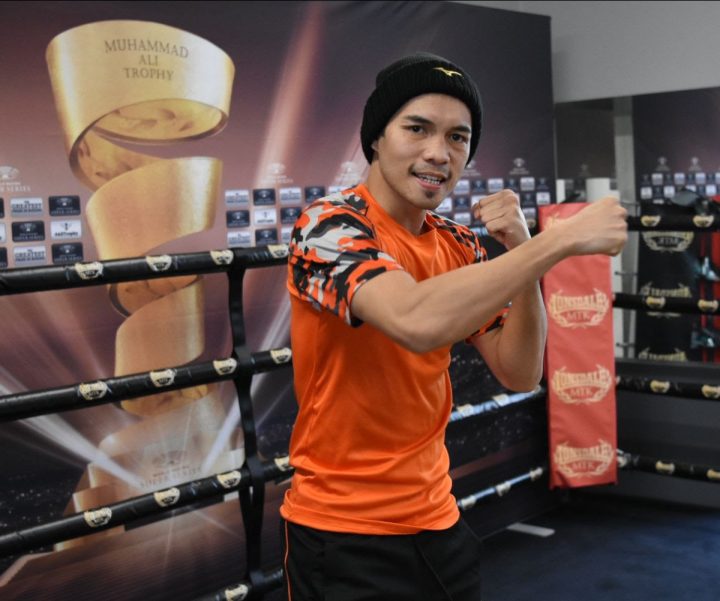 By Kenneth Friedland: WBO bantamweight champion Zolani Tete (28-3, 21 KOs) has suffered a shoulder injury and won’t be able to face WBA Super World 118 lb champion Nonito Donaire (39-5, 25 KOs) this Saturday night on April 27 in the semifinal of the World Boxing Super Series tournament (Live on DAZN) at the Cajun Dome, Lafayette, Louisiana, according to Mike Coppinger.

Coppinger said this on his social media site about Zolani Tete’s shoulder injury, and subsequent replacement by Stephon Young:

“SOURCES: Zolani Tete suffered a shoulder injury and withdrew from @WBSuperSeries semifinal vs. Nonito Donaire set for Saturday…Nonito Donaire will fight Stephon Young in the new @WBSuperSeries semifinal Saturday with Zolani Tete sidelined by a shoulder injury. The winner will move on to the finals to face the victor between Naoya Inoue-Emanuel Rodriguez set for May 18.”

For Donaire, the WBSS tournament has been two easy with him beating an injured Ryan Burnett by a fourth round stoppage in their quarterfinal fight in the tournament last November in Glasgow, Scotland. Burnett suffered a back injury in the fourth round, which caused the fight to be stopped. Now it looks like Donaire’s opponent Tete is injured, which will put Nonito in with a guy that is well below his talent level in Stephon Young. It’s going to be a breeze for Donaire to get to the final of the WBSS tourney.

So the winner of the Donaire vs. Young fight will take on the winner of the fight between WBA ‘regular’ bantamweight champion Naoya “Monster” Inoue and IBF champion Emmanuel Rodriguez in the final of the World Boxing Super Series 118 lb tournament.

Here’s a comment from Nonito Donaire’s wife, Rachel Donaire, on her social media site:
‏
“We already heard about the injury when we were in Las Vegas. Media workout was yesterday. He didn’t show up on schedule and then didn’t move around at all which kinda confirmed it for me. Don’t know why he came all the way here to pull out.”

If Tete can’t make the fight with Donaire due to a shoulder injury, which appears will be the case for the British fighter, it would be bad news for his career. Many boxing fans were picking Tete to defeat the 35-year-old Donaire based on his punching power and his youth advantage. The shoulder injury will sideline Tete for a while or at least long enough for him to miss out on the potential glory of being able to compete with Donaire, and possibly beat him to get to the final of the World Boxing Super Series tournament. In the quarter final, Tete defeated Mikhail Aloyan by a 12 round unanimous decision last October. It was a close fight, but it was a clear win for Tete.

Donaire’s punching power will make him a big threat to the winner of the Inoue vs. Rodriguez fight. Inoue figures to be the one that faces Donaire in the final of the WBSS tournament, and he’s a good fighter for sure. However, Inoue has never faced anyone with the kind of power that Donaire possesses. If Donaire hits Inoue cleanly with one of his big left hooks, it could be all over. Donaire’s power is enough to negate the obvious skills that Inoue has going for him. Donaire vs. Inoue will create a great deal of interest from the boxing world in this tournament, which up until now has gone below the radar for a lot of fans. They haven’t taken notice of the tourney, but that could change quickly if Donaire defeats Young, and Inoue beat Rodriguez in their respective semifinal matches in the WBSS tourney.