Rungvisai: ‘I will knockout Estrada’ 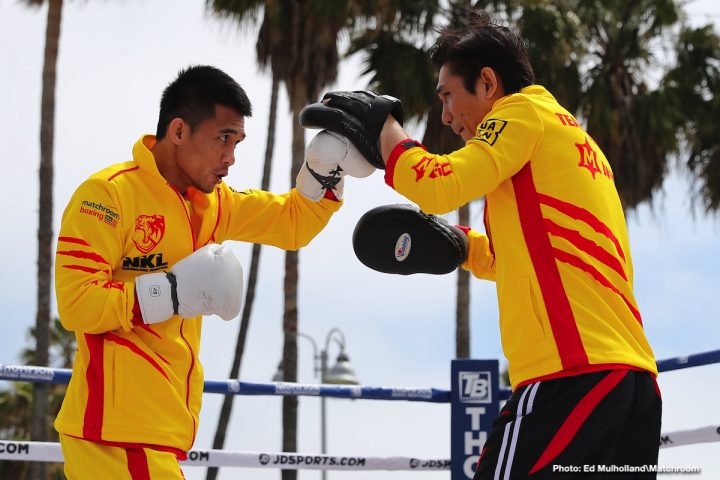 Also on the card is Jessie Vargas (28-2-2, 10 KOs) getting his feet wet at junior middleweight in a fight against Humberto Soto (69-9-2 37 KOs) in a risky 10 round fight. It’s risky for Vargas, 29, because he’s facing a fighter much older and smaller than him in 38-year-old Soto, whose best weight class was at super featherweight. Vargas has picked a smaller fighter to test out the junior middleweight division before going after WBO 154 lb champion Jaime Munguia later this year.

“I think it will be the same result (with Estrada). I will win by knockout, just like how I knocked Chocolatito out,” Rungvisai said at today’s media workout. “I really hope he does what he says. I really hope he becomes more active. If that happens, it will be a great fight between us. I’m 100 percent ready. I’m ready for anything that he brings.”

In the previous Rungvisai vs. Estrada fight last year in February 2018, Estrada spent most of the fight trying to keep from getting hit by the much more powerful Rungvisai. Estrada briefly exchanged in the second round, but other than that, he stayed on the rung ate hard shots from Rungvisai. In the 12th, Estrada finally let his hands go and hurt Rungvisai with a flurry of punches, but he wasn’t able to finish him off. It’s likely that Estrada will take confidence from the bit of success that he had in the 12th, and try and duplicate that in the earlier rounds. That’s going to be risky for Estrada to do that, because Rungvisai is strong in the early part of his fights. If Estrada chooses not to run from him like he did in the first 11 rounds in the first fight, he could get taken out the way Roman “Chocolatito” Gonzalez did by Rungvisai in the fourth round of their rematch in September 2017.

I think it helped (to have two fights between), because it gave me time to study Estrada and know how he fights,” Rungvisai said.

The rematch will be at The Forum in Inglewood, which likely means that Estrada will have the crowd firmly behind him in this fight. For Rungvisai to win, he might need a knockout or an overwhelming dominating performance like last time he fought him. This writer only gave Estrada the 12th round in the first fight with Rungvisai. Since that fight, Estrada has put a couple of wins under his belt in beating Felipe Orucuta and Victor Mendez. Those are lower level opponents. Rungvisai has looked good in beating Young Gil Bae and Iran Diaz. The Diaz fight was a tough one for Rungvisai, as he fought hard and didn’t want to give up despite the shellacking he was taking from the Thailand fighter.

Former two division world champion Jessie Vargas needs a victory over Humberto Soto to keep his career moving forward to a title shot against WB) junior middleweight champion Jaime Munguia. Soto will be playing the part of the spoiler in this fight in looking to ruin Vargas’ title ambitions by sending him hurdling down to defeat just like he did in his previous fight in beating former WBO lightweight champion Brandon “Bam Bam” Rios by a 12 round unanimous decision on February 23 in Tijuana, Mexico. Soto wasn’t supposed to win that fight, but win he did. He gave Rios a boxing lesson in easily defeating him.

Matchroom Boxing USA promoter Eddie Hearn recently signed Vargas with the hopes of resurrecting his career to turn him into a three division world champion. His previous promoters had been able to get seemingly all they could out of him in putting him in perfect situations at 140 and 147 for him to world titles the easy way without risk. To capture the WBA World light welterweight title, Vargas only had to beat Khabib Allakhverdiev by a 12 round unanimous decision on April 12, 2014. Never the less, Vargas’ win was controversial, as Allakhverdiev looked like he did more than enough to win. Vargas then moved up to 147, and beat Sadam Ali by a ninth round knockout to capture the World Boxing Organization welterweight title in March 2016. Vargas lost the title in his first defense to Manny Pacquiao in getting beaten by a 12 round unanimous decision in November 2016. For all intents and purposes, Vargas’ career has died out since that fight with Pacquiao. In Vargas’ three fights since his defeat at the hand of Pacquiao, he’s had these results:

“He has speed in his favor as a fighter moving up but so am I, we’ve been working on speed too,” Vargas said. “I feel I’m the more powerful fighter and stronger fighter physically, I also think that I am faster than him – he is fast but I think that I am more explosive and sharper.”

Vargas isn’t as fast as Soto, so he needs to be clear on that subject. But he is a lot bigger, stronger and younger than him. We’re talking about Vargas fighting a guy that’s much older, and is roughly three divisions smaller than him. Vargas has always been a true welterweight, even when he was melting down to 140 to gain an advantage over his smaller opponents. If Vargas can’t use his size over a career 135 pounder like Soto, then he might as well forget about facing Munguia for his WBO title, because he’s not going to beat him. That’s the way it is.

Hearn signed Vargas and Brandon Rios with the purpose of resurrecting their faded careers. Hearn might have been better off talking to their old promoters and trainers and asked them if it was worth it to try and rebuild those guys. Top Rank got about as much mileage as they could out of Rios’ career. When he left them, he was basically done physically. Vargas is pretty much is in the same situation. After he lost to Tim Bradley and Pacquiao, he looked finished a a fighter. Vargas took a year off after his loss to Pacquiao in 2016, and didn’t come back until 2017 against journeyman Aaron Herrera, who he beat by a 10 round decision. That was Vargas’ last win. When Hearn tried to step Vargas up against Broner and Dulorme, he failed to get the wins against them. Both fights ended up as a 12 round draws.

If Vargas loses to Soto on Friday night, he needs to think about hanging up his gloves for good because it would be sign that it’s over with. If Vargas can’t beat Broner, Soto or Dulorme, then who can he beat? Don’t say Aaron Herrera, because he’s a journeyman. Vargas was supposed to beat that guy. 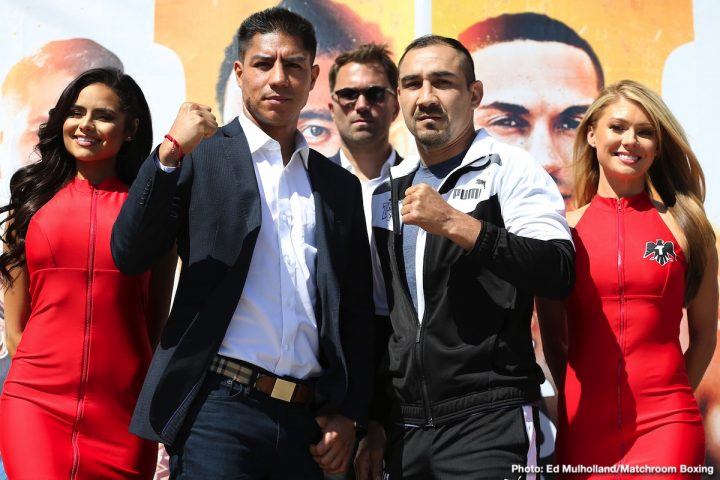 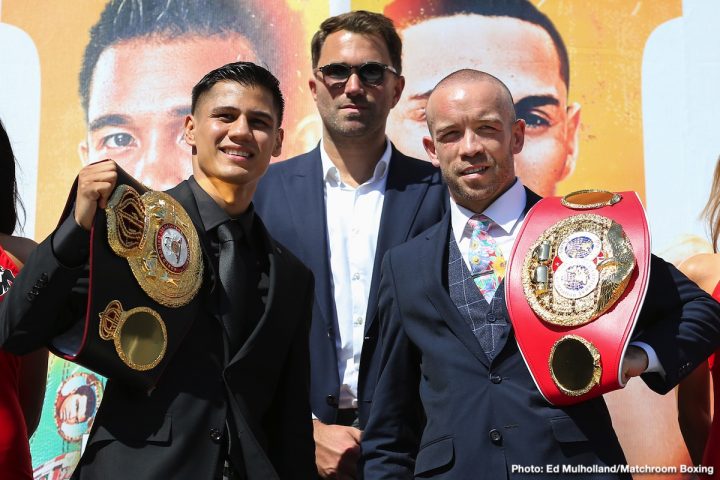 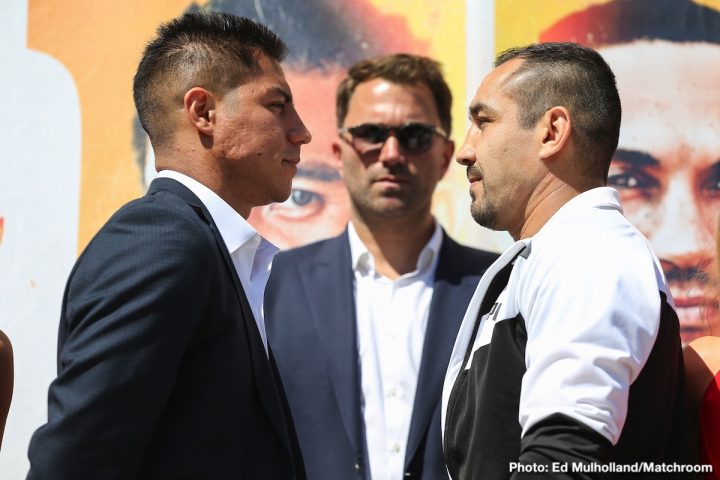 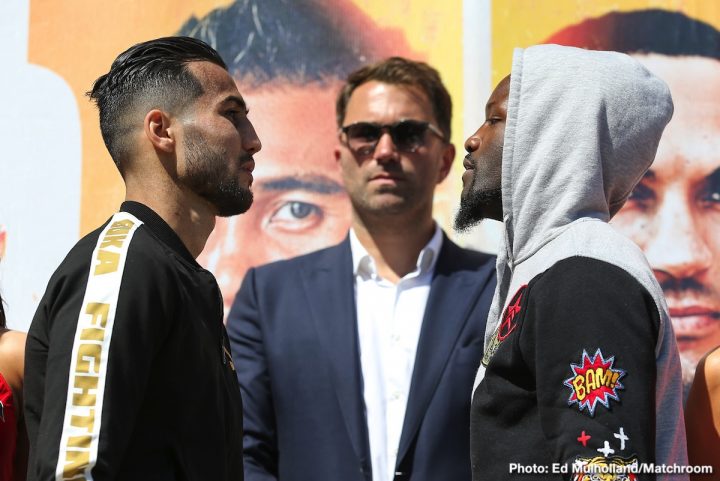 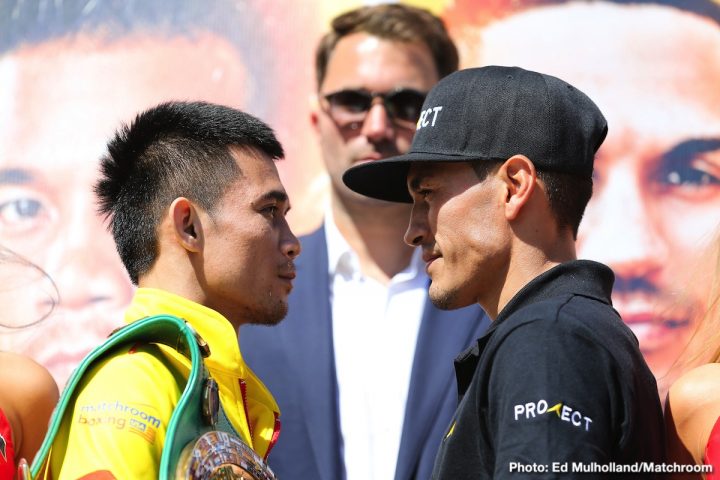 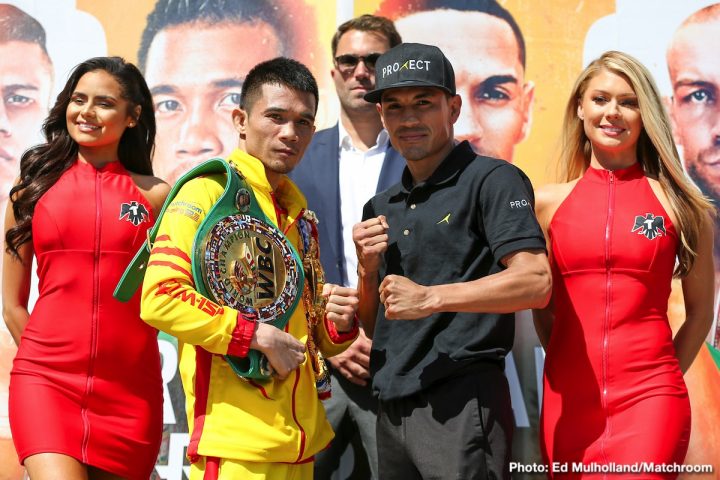 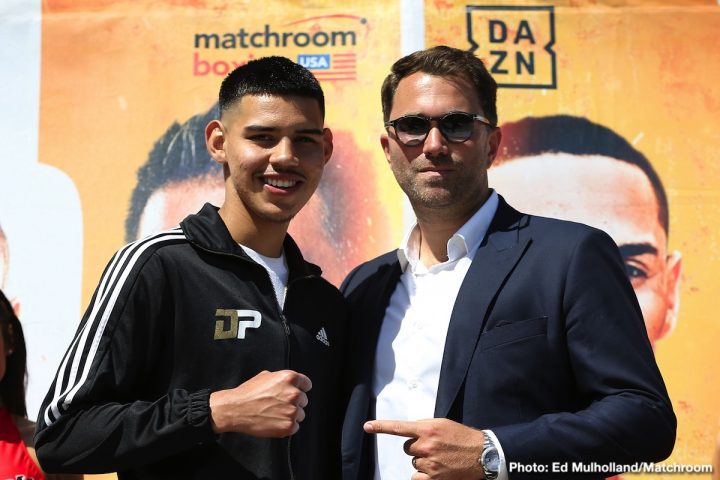 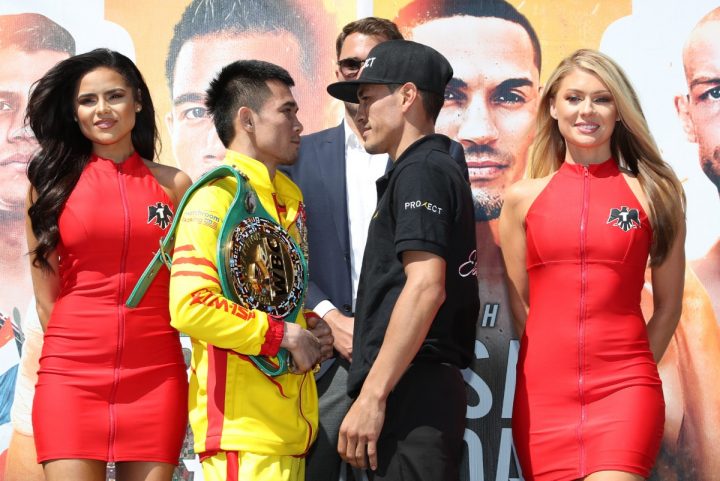