Abel Sanchez lashes back at GGG, calls him “greedy” 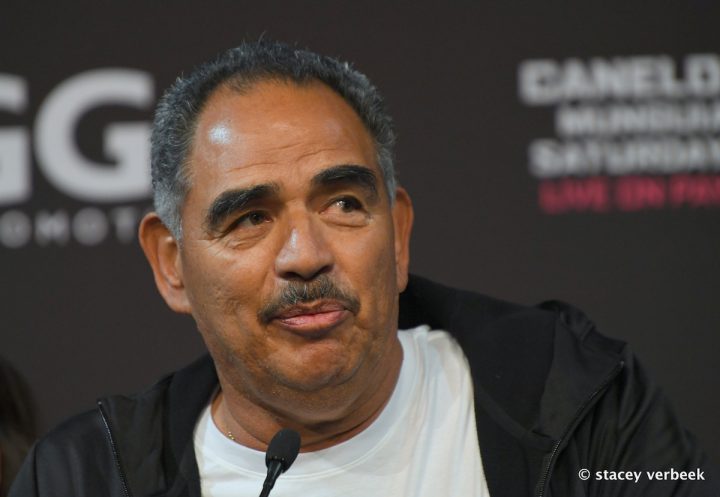 By Sean Jones: It didn’t take long for fired trainer Abel Sanchez to lash back at former unified middleweight champion Gennady Golovkin after he posted a statement on his instagram site on Wednesday that he’ll no longer be working with him from this point forward in his boxing career.

Golovkin (38-1-1, 34 KOs) let his 3.5 million followers know that he was parting ways with his coach Sanchez, who he’d been with for the past 22 fights since 2010 when he fought Milton Nunez.

Rather than cutting ties in an angry fashion, Golovkin took the high road, showing class by saying that he thinks Sanchez is a “great” trainer, and that he just wants to “build on” what he has already.

Sanchez had this to say in response to GGG in a statement of his own: “He insisted on an insulting new trainer compensation schedule. My dignity & honor does not allow me to be screwed like that. It’s unfortunate being greedy, ungrateful & [having] no ethics, honor & integrity will end this relationship.”

There were hints something was amiss with the two of them, as Sanchez wasn’t with Golovkin during his recent promotional tour for his next fight against Steve Rolls when the Kazakstan fighter visited Los Angeles, California and New York. Sanchez was recently interviewed during that time, and he seemed to be in the dark about what’s going on with Golovkin. Sanchez dutifully played defense in explaining why Triple G was fighting Rolls instead of a talented middleweight. Sanchez at the time said, “I didn’t make that decision [for Steve Rolls to be selected]. DAZN was the one to make that decision to put that fight on.”

Golovkin, 37, is getting ready for his fight against Steve Rolls (19-0, 10 KOs) on DAZN on June 8 at Madison Square Garden in New York. GGG is going to need a trainer soon to get him in top shape so that he can dispatch the 35-year-old Rolls in flying colors.

GGG’s statement made it seem like there was no bad blood between him and Sanchez, which is why it seems strange that Abel would fire back a statement that seem like things weren’t good between them. Sanchez sounds like he doesn’t like the offer that Golovkin made to him for him to continue to be his trainer. Golovkin’s record in his last four fights is 2-1-1. A lot of boxing fans think Golovkin deserved a loss in his fight with Jacobs in March 2017. Golovkin won a razor close 12 round decision, but it could have gone the other way. If Golovkin had lost that fight too, his record in his last four fights would be 1-2-1. When a fighter is no longer having the success they once did, the trainer is often the first to go from the team.

For the most part, Sanchez and Golovkin did extremely well during their 22-fight run. It was only until recently that Golovkin started struggling when he fought Canelo and Jacobs, who seemed to have a pretty good idea in how to beat him. Welterweight Kell Brook exposed some flaws in Golovkin’s game in 2016 with his forward pressure and his movement that had him looking flustered at times. What Jacobs and Canelo did was build on the success that Brook had by using more pressure and more movement against him.

When Golovkin failed to adjust well with those tactics, he struggled. As the trainer, Sanchez should have spotted the flaws in Golovkin’s game and worked on them night and day during the training camps that followed the Brook fight so that other fighters would capitalize on what they saw. Whether Sanchez did that or not is unclear. What is clear is Jacobs and Canelo took advantage of GGG’s flaws in those areas in their fights against him. It’s possible that Golovkin may never handle pressure or movement well. A lot of fighters don’t, no matter how hard they try. It takes a lot of studying of other fighters that handle these tactics to mimic them properly.

DAZN recently inked Gennady to a six-fight, nine-figure, three-year contract with their platform that puts him in position for big fights against Saul Canelo Alvarez and Danny Jacobs.

You can bet that Rolls, 35, will be looking to take advantage of the same flaws in Golovkin’s game that Canelo, Jacobs and Brook revealed. If Golovkin can’t fix those problems, then his tune-up fight against Rolls could turn out to be a lot more difficult than he thought it would be. A loss to Rolls would be a disaster for Golovkin’s career. Even if GGG struggles and wins, it’ll be seen as a defeat in the eyes of the boxing public, because this isn’t an elite level fighter that GGG is facing on June 8.

Rolls is someone that was picked out from a bunch of beatable guys to give Triple G a good tune-up to help him get his confidence back, and get the rust out from being out of the ring for nine months. Golovkin needs to use the Rolls fight as practice to get him ready for the third fight with Canelo in September. The fans are obviously disappointed in Golovkin fighting Rolls, but this opponent could help Golovkin get ready for what Canelo will bring to the table. In looking at Rolls’ past fights, he likes to pressure his opponents, and that’s an area Golovkin needs help with. Rolls won’t move laterally like Canelo or Jacobs, but he can certainly apply pressure.