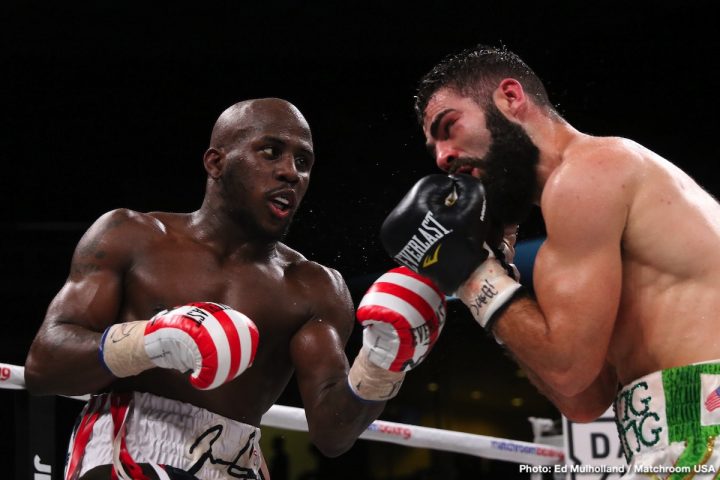 The scores were 117-111, 117-110, and 117-111. The fight appeared to be closer than the scores handed in by by the judges. Boxing News 24 had Farmer winning by seven rounds to five score. Carroll was hurt in the 11th round after getting caught with a left hook that didn’t see. Although Carroll didn’t go down, he was on weak legs, and taking hard shots as he moved around to stall out the rounds. If Farmer had been a little faster on his feet, he would have likely finished Carroll.

Farmer admitted afterwards that he wanted to stand in front of Carroll to see what he had. Farmer purposefully made the fight harder than it should have been by his decision to stand and trade with Carroll on the inside. It ultimately worked in Farmer’s favor by fighting this way, because he was able to wear Carroll out, and make the fight exciting to watch for his boxing fans, but he also made his job a lot harder than it would have been had he been on his bike most of the fight.

In the first five rounds, Carroll was on top of Farmer every second of the rounds, hitting him constantly with body shots. Carroll gassed out after the fifth, and had nothing on his shots during most of the last seven rounds. In the eighth and ninth, Carroll appeared to get his second wind, and he was able to land some nice punches to the body of Farmer.

Carroll threw a MASSIVE amount of shots in the fight, and many of them were hard punches to the body. You’ve got to give Farmer, 28, all the credit in the world for him being able to take the body shots, and fight back without showing ill effects of the blows. Carroll’s punches to the head didn’t look devastating, but his body shots did. Farmer was in great shape, and able to take all the punches without hitting the deck. There were a lot of rounds in the first half of the contest that you can argue should have gone to Carroll due to his body punching. Farmer was getting hit with so many punches. Carroll was rarely missed when he was throwing body shots. The final punch stats didn’t appear to do Carroll justice because he landed a higher percentage than what was stated. He didn’t win the fight, but he landed a lot of his shots.

“I needed to prove it,” Farmer said after the fight in explaining why he stood in front of Carroll instead of using his feet to move. “He talked a lot, and he came to show up. I boxed him when I wanted to. I could have stayed on the inside all night. I had to see where his head was at. The fight wasn’t close. I can’t control the judges. I was always told, ‘don’t worry. If you can’t control the judges, then don’t worry.’ I don’t care,” when asked if he thinks he’ll get a fight with WBA Super World super featherweight champion Gervonta ‘Tank’ Davis next. “Everybody knows what Gervonta Davis was offered. I think we should both get life changing money. I want what’s fair. I do want Gervonta Davis,” Farmer said.

Whether the unification fight with Gervonta Davis happens with Farmer next is unclear. It’ll be up to Mayweather Promotions, the promoters for Tank Davis, if they want to put the unification fight with Farmer together. Looking at the way Farmer was hit a lot tonight by Carroll, Tank Davis and Mayweather must be confident that they can win this fight. Davis hits so hard. He recently tested as a bigger puncher than heavyweight Dominic Breazeale on a punching machine with his left hand. Davis came close to hitting with the same amount of power as WBC heavyweight champion Deontay Wilder. That’s remarkable. Farmer doesn’t have that kind of punching power. It would be a tough fight for Farmer if Tank Davis is able to hit him a lot like Carroll did tonight.

News:
There’s more than one interesting rematch this weekend

Farmer made it exciting to watch his fight tonight with Carroll. Credit to Farmer for making it entertaining for the fans at ringside and at home. The win for Farmer was his third successful title defense of his IBF belt that he won last year in beating Billy Dibb. Farmer’s previous two title defenses came against Francisco Fonseca and James Tennyson.

The loss for Carroll wasn’t all bad. He made it such an exciting fight with his high work rate, that he’ll have no problems getting other important fights. Carroll is a punching machine with his ability to throw massive amounts of shots. It’s hard for anyone to deal with that kind of fighter. Carroll showed massive heart in coming back in the 12th round to land a lot of shots after being hurt in the previous round in the 11th. Carroll came on strong in the last round to land a lot of hard body shots. Where Carroll got the energy to come back is anyone’s guess. He looked like he was done for the night in the 11th, but he was able to tough it out and come back to fight effectively in the 12th. 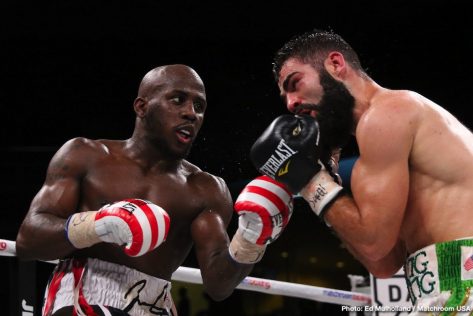 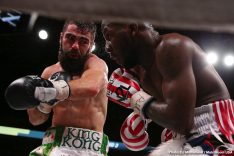 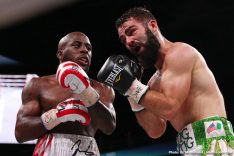 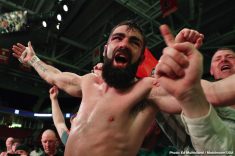 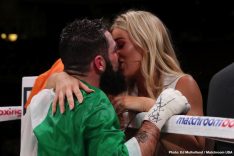 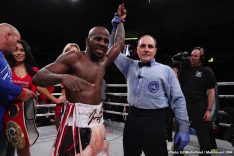 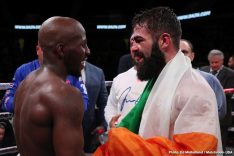 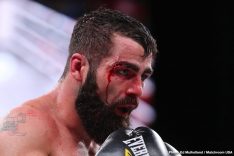 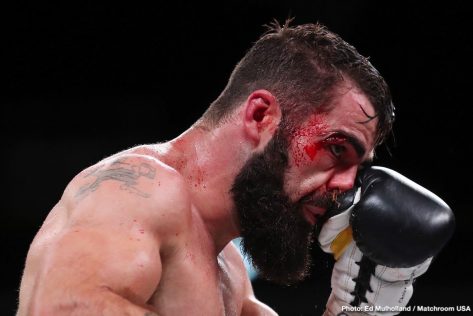 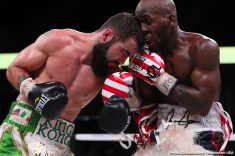 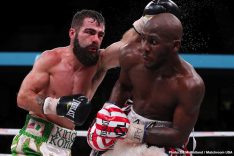 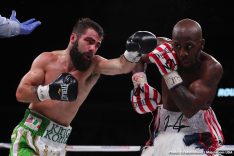 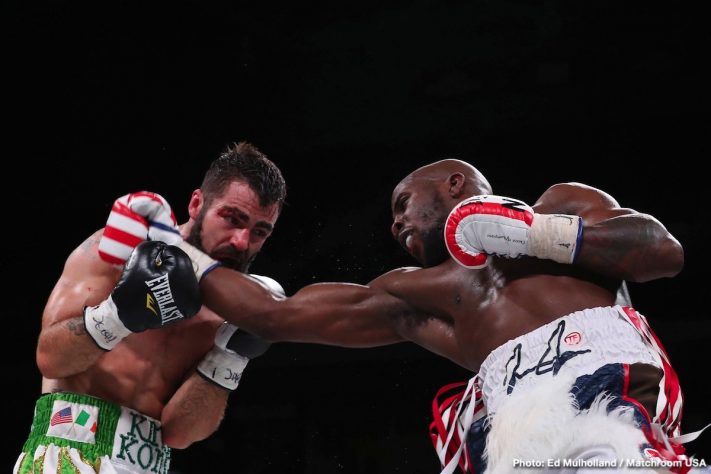