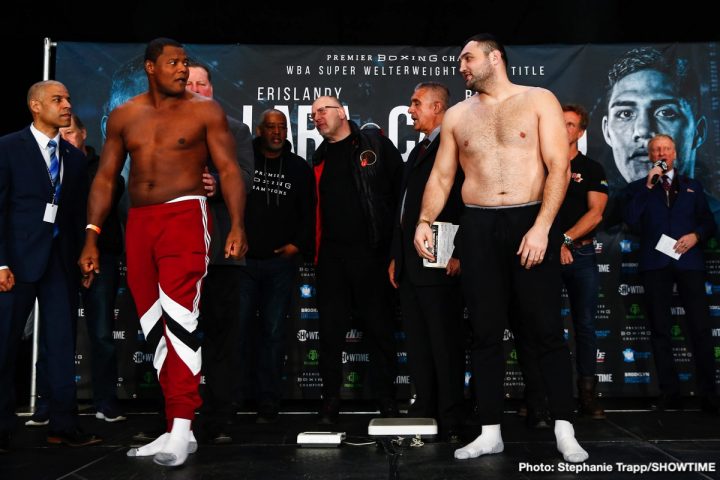 By Mike Smith: Looking in great shape, Luis King Kong’ Ortiz (30-1, 26 KOs) weighed in at the lowest weight for him in 4 long years in coming in at just 238.75 lbs on Friday at the weigh-in for his 10-round fight against Christian Hammer (24-5-, 14 KOs) this Saturday night on the Brian Castano vs. Erislandy Lara card at the Barclays Center in Brooklyn, New York. The fight broadcast will be shown on SHOWTIME World Championship Boxing starting at 9:00 p.m. ET/ 6:00 p.m. PT. German boxing fans can watch the fight live on DAZN.de in Germany and Austria.

Ortiz is going to be close to 20 lbs lighter than his opponent 31-year-old Hammer, who scaled in at 257.5 lbs at the weigh-in.

With Ortiz being in superb shape for this fight, it’s going to be fun for the boxing fans to see what he can do on Saturday night against the steel-chinned Hammer. If Ortiz can knockout Hammer, it’s going to say a lot about his punching ability, considering that this guy has been in with some of the best and was never hurt. Alexander Povetkin was unable to hurt Hammer despite hitting him with everything but the kitchen sink in their 12 round fight in 2017. Povetkin was bouncing power shots off Hammer’s chin the entire fight, but he couldn’t hurt him.

The two heavyweights had an intense face off after weigh-in. In looking at the physiques of the two fighters, Hammer appeared to be carrying around some excess weight. In contrast, Ortiz looked the best he has in years. He didn’t good as he did in his fight against Lateef Kayode, but that five years ago in 2014. Ortiz weighed 233 lbs for that match, and he made quick work of the smaller Kayode in stopping him in the first round. However, Ortiz failed the drug test afterwards, and the results of the fight were overturned, and changed a no contest.

“My job is to seek and destroy, and take my opponents out,” Ortiz said to AB Boxing News. “Hopefully, he [Anthony Joshua] fights me after Miller. The mecca of boxing is here [in the United States],” Ortiz said.

Ortiz, 39, wants to make an example of Hammer in knocking him out as fast as he can to get the attention of the boxing world, so that they can help create pressure on the champions Deontay Wilder and Anthony Joshua to get them to give him a fight. Ortiz already fought ‘The Bronze Bomber’ Wilder (40-0-1, 39 KOs) last year, and it didn’t work out too well for the Cuban knockout artist with him getting stopped in the 10th round after he gassed. Never the less, Ortiz fought well, and came close to knocking Wilder out in the seventh round. In hindsight, Ortiz should have worked harder at getting in better shape for the fight. If Ortiz had been a little more patient after hurting Wilder, he might have gotten the knockout. Ortiz tried too hard for the knockout, and he ran put of gas because of that.

Not too many boxing fans are talking about the Ortiz vs. Hammer fight right now. The focus is more on the headliner between Erislandy Lara and WBA World junior middleweight champion Brian Carlos Castano. The reason for that is the fans see Ortiz as being too good for Hammer, who they don’t see as having much chance of winning this fight.

Here are the weights for the Lara vs. Castano fight: 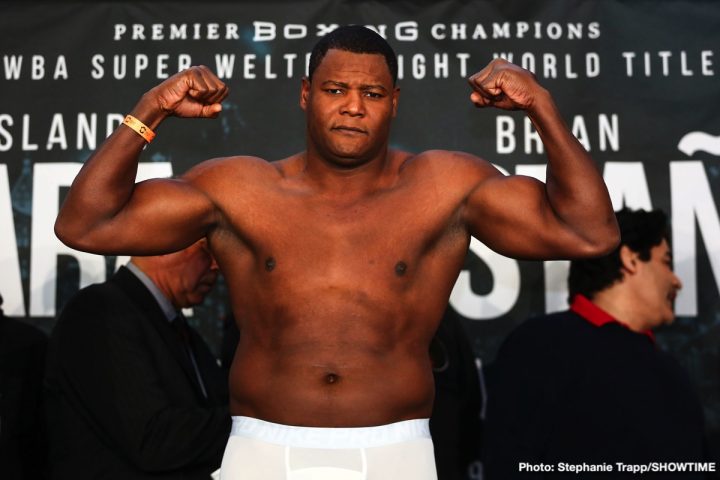 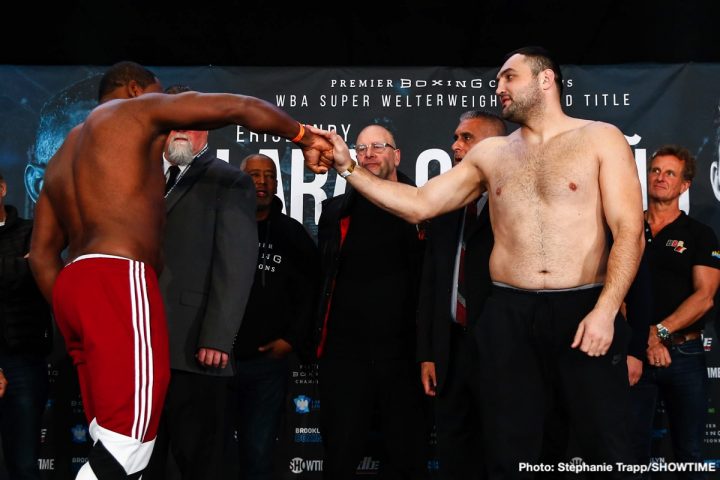 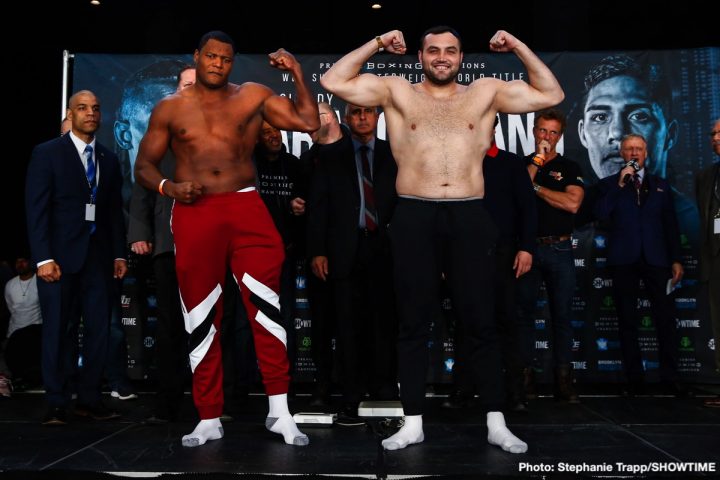 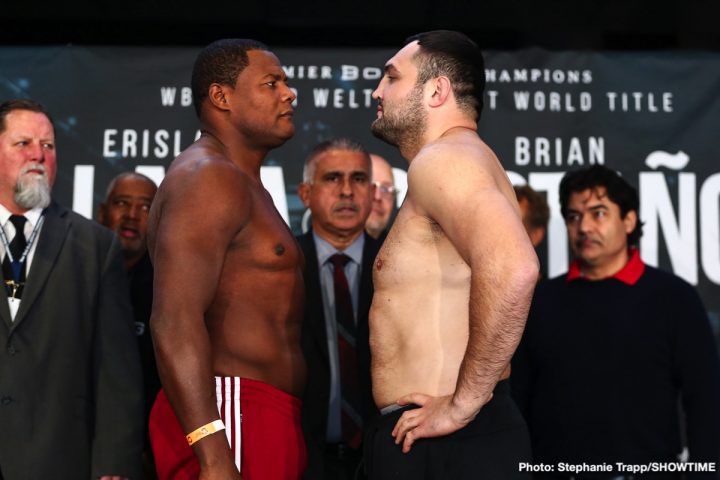 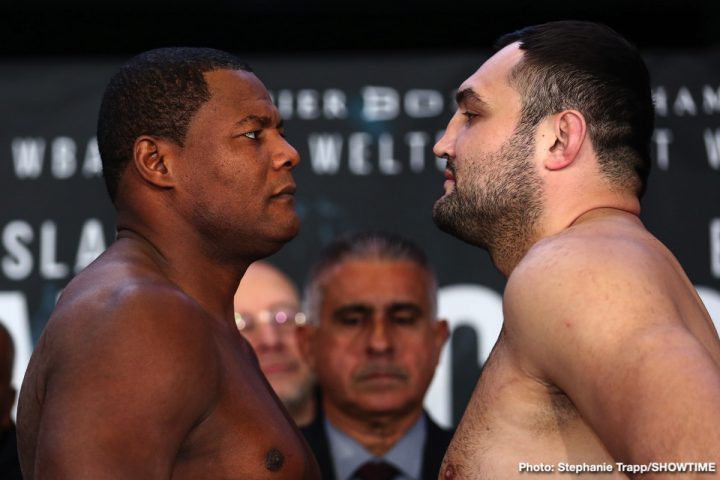