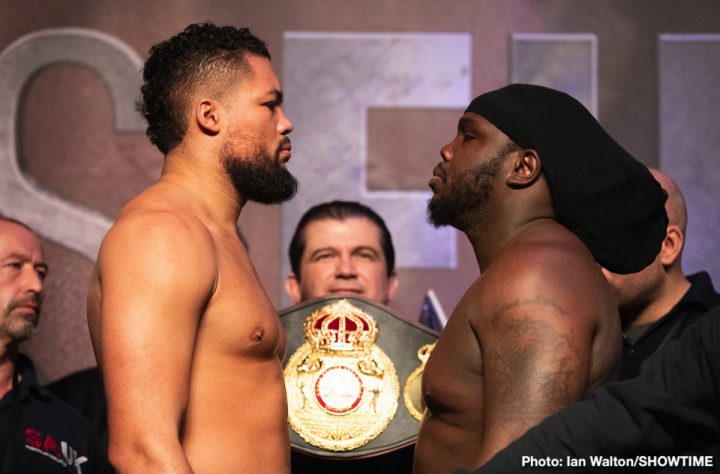 By Mike Smith: Former WBC heavyweight champion Bermane Stiverne (25-3-1, 21 KOs) weighed in at a career high 273 pounds on Friday for his fight against unbeaten contender Joe Joyce (7-0, 7 KOs) for their 12 round co-feature fight on the James DeGale vs. Chris Eubank Jr. card this Saturday night on SHOWTIME World Championship Boxing at the O2 Arena in London, England.

Joyce vs. Stiverne is a WBA heavyweight title eliminator. The winner of the fight will be the mandatory challenger to WBA ‘regular’ champion Manuel Charr.

The weight for the 40-year-old Stiverne was unusually high for him, since he had been talking about how he was training hard, and he was going to be coming into the fight in tip top shape. Instead, he came into the fight 19 lbs heavier than the 254 lbs he weighed in his previous contest against WBC heavyweight champion Deontay Wilder in November 2017.

Stiverne looked fat for the Wilder fight. At today’s weigh-in, the 6’2″ Stiverne looked in worst condition, and it makes you wonder how he’s going to be able to maneuver around the ring to make a fight of it against the large 6’6″ Joyce. The British fighter is a high pressure guy with an Olympic silver medal from 2016. He’s a very good fighter, and he’s going to be putting a lot of pressure on Stiverne from the opening round.

It’s difficult to gauge whether Stiverne’s mind is into this fight from looking at him. He looked like he was mentally disengaged from the process during the weigh-in. Stiverne didn’t look motivated like he’d been during his weigh-ins for his fights against Wilder and Chris Arreola.

Did Stiverne just take the fight with Joyce for the payday? Hopefully that’s not the case, but it’s hard to see him winning the fight being so heavy. 273 lbs would be very heavy even if Stiverne 6’7″, but for him to be just 6’2″, that’s an incredible amount of weight for a fighter to be carrying around for an athletic contest in boxing.

This writer is going to go out on the limb and say that if Stiverne doesn’t score a knockout in the first three rounds, he’s going to gas out and get stopped by Joyce. You can’t rule a win for Stiverne, because he’s been a pro a lot longer than Joyce, and he much better wins under his belt. Joyce still hasn’t faced anyone yet in terms of contenders.

For all we know, Joyce will fall apart on Saturday night when he starts getting hit hard by the more experienced Stiverne. You can’t rule out something like that happening, but Stiverne didn’t help himself by coming in so heavy. Stiverne’s best weight is arguably 239 lbs, which he weighed for his rematch with Arreola in 2014 and in his first fight with Wilder in 2015.

Stiverne weighed 34 lbs heavier than that at Friday’s weigh-in, and it sure didn’t look like he was carrying extra muscle. Stiverne looks like the weight he’s put on is pure fat and nothing more. If Stiverne loses this fight, it’s hard to see him continuing on with his career. He doesn’t fight often enough to stay relevant, and his weight has been creeping up with each fight. If Stiverne goes over 280 lbs for his next fight, it’s going to be sad. He can’t beat world class opposition weighing in so heavy.

Joyce, 33, also weighed in at a career high in coming in at 265 lbs. This is three lbs heavier than Joyce’s previous career high weight of 263 lbs for his fight last September against ago Kiladze, who he stopped in the fifth round. Before that fight, Joyce had been fighting in the low 250s. His weight suddenly shot up 12 lbs from the 251 lbs that he weighed in for his fight against journeyman Ivica Bacurin last June to 263 lbs for the match against Kiladze three months later in June 2018.

Joyce needs a good showing in this fight to propel him to bigger and better things. He wants a world title shot this year or 2020. More is going to be expected from Joyce if he can get past Stiverne. He’s not going to be able to convince the boxing public he’s the real deal if he continues to fight guys that lack the talent to give him a good fight. Joyce needs at last one good name on his resume for him to show the boxing world that he’s capable of beating the best in the heavyweight division.

In other weights on the card:

James DeGale weighed in at 166 lbs, and his opponent Chris Eubank Jr. weighed 167 lbs for their headliner fight on the card. DeGale looked thin, and not at the weight that he should have been. DeGale’s physique looks like he took too much weight off during training camp. There’s a lot of pressure on DeGale with him talking retirement from boxing if he loses on Saturday night. DeGale might over-trained for the fight. That’s not going to help DeGale. He needs size, power as well as quickness for him to have a chance of beating Eubank Jr. in this fight. Just going by the way the two fighters looked at the weigh-in, this is Eubank Jr’s fight to lose.

Former IBF featherweight champion Lee Selby (26-2, 9 KOs) weighed at 134.5 lbs for his fight at lightweight against Omar Douglas (19-2, 13 KOs), who weighed 132 lbs. Selby was recently beaten by Josh Warrington last year by a 12 round decision. Selby was fighting the weight to get down to 126, and it clearly cost him the fight. Still, Selby is getting up there in age, and he probably would have still lost to a fighter like Warrington f the two of them had fought three years ago before Lee started having problems making the featherweight limit. With this fight taken place at lightweight, Selby won’t be able to complain that he’s weight drained afterwards. If he loses, then he’ll have to come up with some other reason for the loss besides him being drained in trying to get down to the 135 lb weigh-in limit. 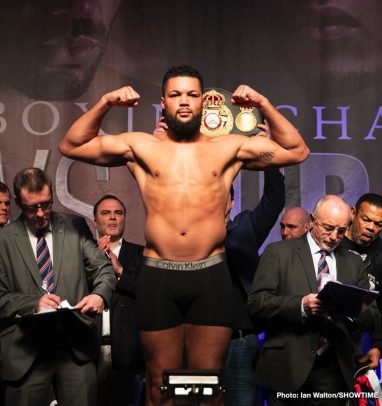 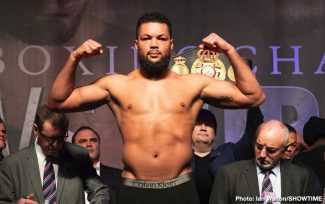 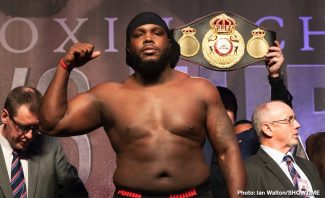 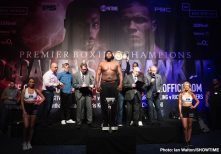 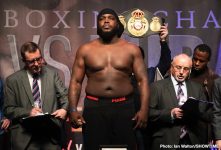 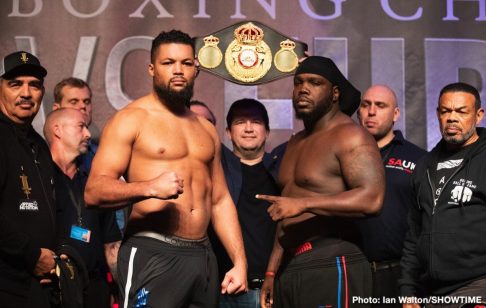 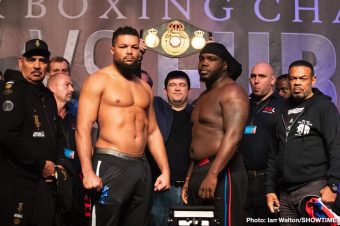 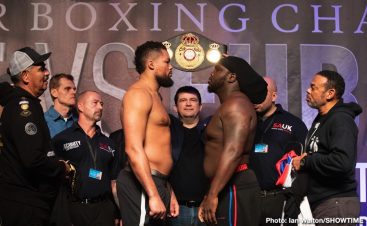 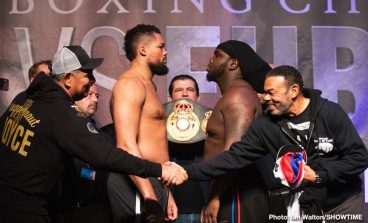 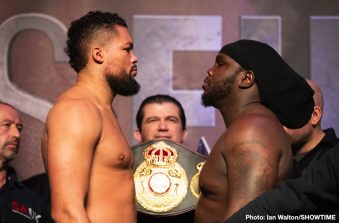 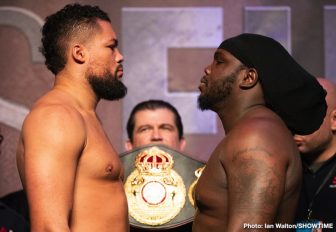 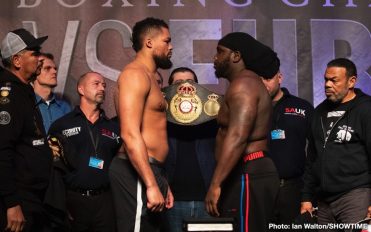 Joshua wants Wilder fight by end of the year »