By Jim Dower: Abner Mares has revealed that he’s undergone surgery to repair a detached retina in his right eye that he suffered while training for his cancelled February 9 fight against WBA Super World super featherweight champion Gervonta ‘Tank’ Davis.

Mares, 33, hopes to continue his career once he’s fully recovered from his eye surgery. However, the decision to fight on will be determined based on what Mares’ doctor tells him. Mares to apologize to his boxing fans that were looking forward to seeing him fight the 24-year-old Davis, and who had already purchased tickets to see the fight. It’s a disappointment for a lot of Mares’ fans. They wanted to see him face what some feel is the best fighter in the 130 lb division.

“I’d like to apologize to my fans – those who bought a ticket or were planning to watch it – for withdrawing from my mega-fight with Gervonta Davis this past week,” Mares said. “I had to go through surgery for an injury and am now recovering. I am sorry that I couldn’t fight and I want to thank everyone for their support. I will be back soon,” Mares said.

Mares previously suffered an injury to his left eye. Now he’s got a right eye problem that he has to deal with before he can continue his career. Some boxing fans would argue that the eye injury saved Mares from taking a beating at the hands of Davis, who is looking almost unbeatable right now at super featherweight. It was going to be a tough fight fight the 33-year-old Mares, because he would have been moving up in weight from featherweight where he’d just been beaten WBA champion Leo Santa Cruz last June. That was the second time Mares lost to Santa Cruz.

If Mares is given a clean bill of health by his doctor, he still has some tough options at 126 and 130. Those divisions are currently stacked right now, and it might not be possible for Mares to win another world title at this point in his career fighting in those weight classes. It’s not that Mares can’t still be a champion. He probably can if he moves back down to bantamweight or super bantamweight. The question is can Mares melt down to those weight classes without draining himself in the process. 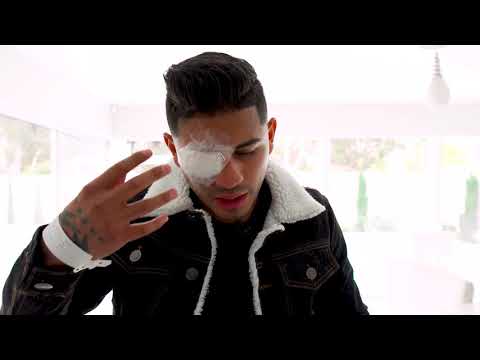