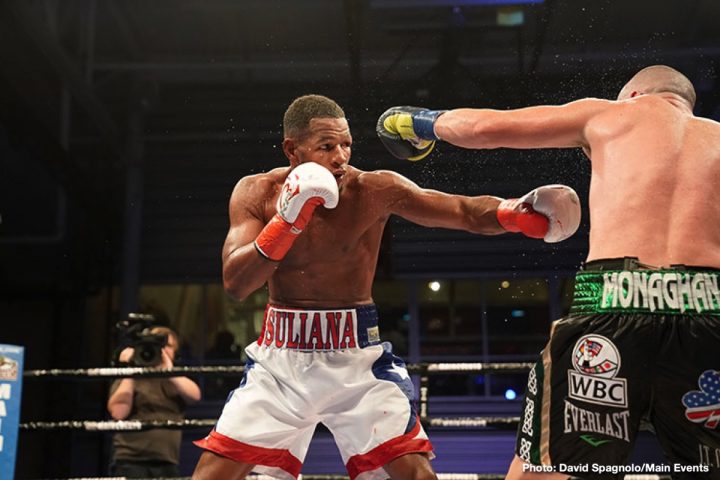 The fight was highly competitive with both guys trading big shots for the full 10 rounds. Barrera had the better power of the two, and his punches were landing cleaner with more precision. Monaghan did a good job of getting out of the way of a lot of Barrera’s big power punches, but not enough for him to get the victory.

Monaghan landed a lot of hard body shots, and left hooks to the head of Barrera. Monaghan fought a lot better than he had in his 2nd round knockout loss to Marcus Browne last year in July.

Barrera came into the fight having lost his last bout to WBA World light heavyweight champion Dmitry Bivol last March in a failed world title challenge. Barrera gave Bivol a good fight, but ultimately the Russian was too technical and had too much fire power for him.

Barrera is rated WBA #4, WBC #13. The victory will help Barrera get pushed up the rankings. Barrera is hoping to get another title shot. His best shot at getting another crack at a title is against Bivol. It’s not a good match-up for Barrera. He’s better off going after WBO champion Eleider Alvarez. That’s the most beatable of the champions.

Monahaghan’s loss will likely see him pushed down in the rankings. He’s currently rated WBO #11, IBF #12. Monaghan has lost two out of his last three fights since last year. At 37, Monaghan’s time is running out for a title shot. He needs to start winning if he wants to get a title shot against one of the belt holders.

In other boxing results super middleweight Denis Douglin (22-6, 13 KOs) defeated journeyman Saul Roman (43-12, 35 KOs) by a 6th round knockout. Douglin, 30, dropped Roman three times in the fight in putting him down in the 3rd, 5th and 6th. Roman, 38, was counted out after being knocked down in the 6th. The win for Douglin was his second in a row since losing consecutive fights to Anthony Dirrell and David Benavidez in 2016 and 2017. The official time of the stoppage was at 2:53 of round 6.

Undefeated heavyweight prospect Cassius Chaney (14-0, 8 KOs) defeated Santino Turnbow (4-3, 3 KOs) by a 4th round knockout. Surprisingly, Chaney was dropped in Chaney in the 2nd round. Chaney came back to score the stoppage two rounds later. The official time of the knockout was 1:04 of round 4. 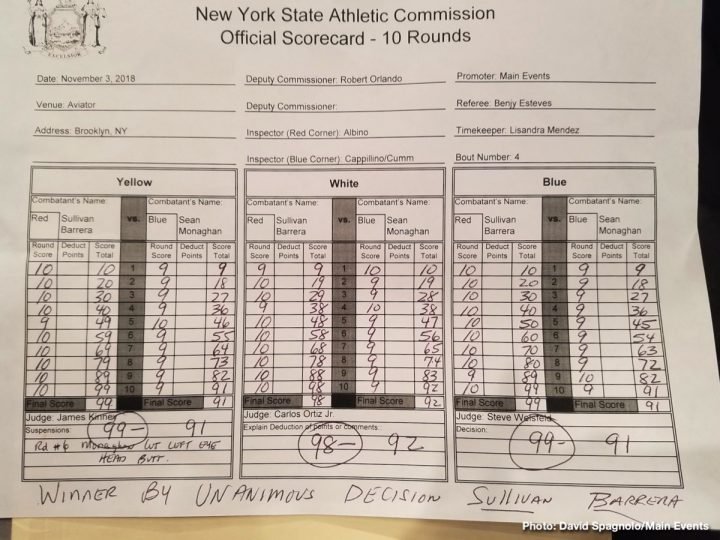 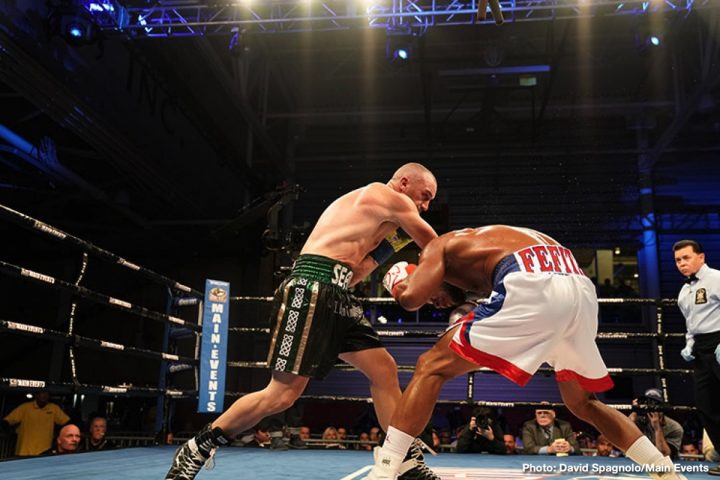 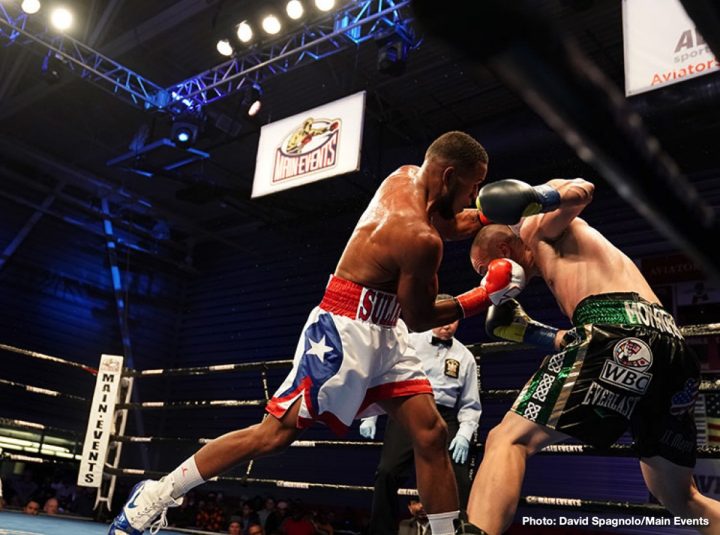 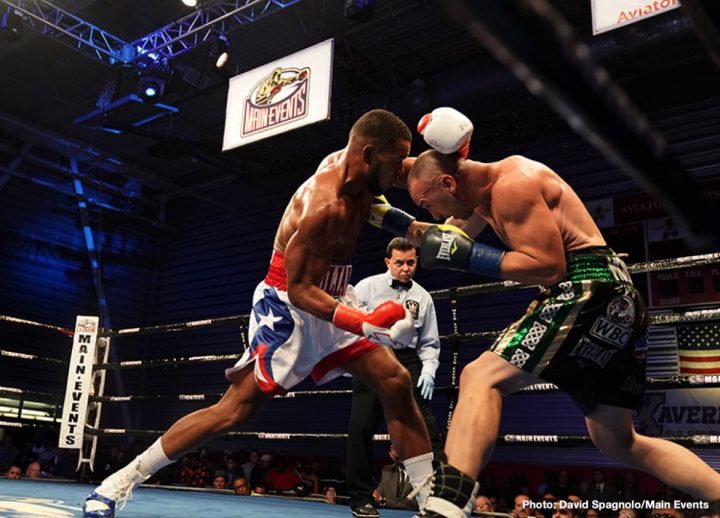